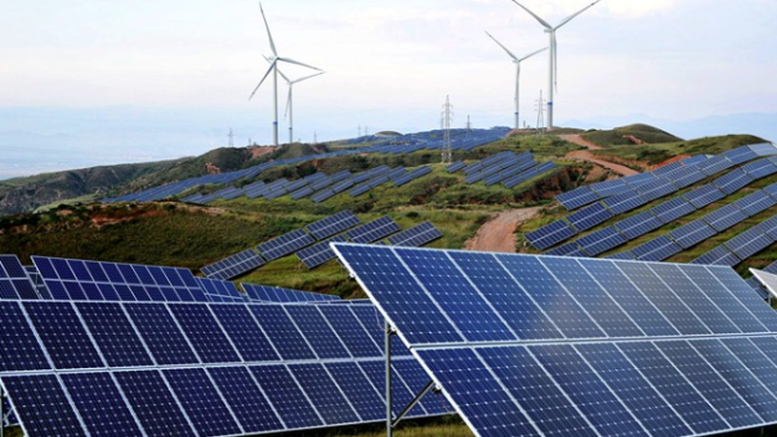 Please Share This Story!
PDF 📄
Sustainable Development, aka Technocracy, is a resource-based economic system designed to control all resources on earth by a few pseudo-scientists with overinflated egos. If humanity rejects this in the end, it will be remembered as the greatest self-destructive delusion of all time. ⁃ TN Editor

A damning indictment of the Net Zero political project has been made by one of the world’s leading nuclear physicists.

In a recently published science paper, Dr. Wallace Manheimer said it would be the end of modern civilisation. Writing about wind and solar power he argued it would be especially tragic “when not only will this new infrastructure fail, but will cost trillions, trash large portions of the environment, and be entirely unnecessary”. The stakes, he added, “are enormous”.

Dr. Manheimer holds a physics PhD from MIT and has had a 50-year career in nuclear research, including work at the Plasma Physics Division at the U.S. Naval Research Laboratory. He has published over 150 science papers. In his view, there is “certainly no scientific basis” for expecting a climate crisis from too much carbon dioxide in the atmosphere in the next century or so. He argues that there is no reason why civilisation cannot advance using both fossil fuel power and nuclear power, gradually shifting to more nuclear power.

There is of course a growing body of opinion that points out that the Emperor has no clothes when it comes to all the fashionable green technologies. Electric cars, wind and solar power, hydrogen, battery storage, heat pumps – all have massive disadvantages, and are incapable of replacing existing systems without devastating consequences.

Manheimer points out that before fossil fuel became widely used, energy was provided by people and animals. Because so little energy was produced, “civilisation was a thin veneer atop a vast mountain of human squalor and misery, a veneer maintained by such institutions as slavery, colonialism and tyranny”.

This argument hints at why so many rich, virtue-signalling celebrities argue not just for Net Zero but ‘Real’ Zero, with the banning of all fossil fuel use. King Charles said in 2009 that the age of consumerism and convenience was over, although the multi-mansion owning monarch presumably doesn’t think such desperate restrictions apply to himself. Manheimer notes that fossil fuel has extended the benefits of civilisation to billions, but its job is not yet complete. “To spread the benefits of modern civilisation to the entire human family would require much more energy, as well as newer sources,” he adds.

The author notes that the emphasis on a false climate crisis is becoming a “tragedy for modern civilisation”, which depends on reliable, affordable and environmentally viable energy. “The windmills, solar panels and backup batteries have none of these qualities,” he states. This falsehood has been pushed by what has been termed a climate industrial complex, comprising some scientists, most media, industrialists and legislators. Furthermore, he continues, this grouping has “somehow” managed to convince many that CO2 in the atmosphere, a gas necessary for life on Earth, one which we exhale with every breath, is an environmental poison.

In Manheimer’s view, the partnership among self-interested businesses, grandstanding politicians and alarmist campaigners, “truly is an unholy alliance”. The climate industrial complex does not promote discussion on how to overcome this challenge in a way that will be best for everyone. “We should not be surprised or impressed that those who stand to make a profit are among the loudest calling for politicians to act,” he added.

Perhaps one of the best voices to cast doubt on an approaching climate crisis, suggests the author, is Professor Emeritus Richard Lindzen of MIT, one of the world’s leading authorities on geological fluid motions:

What historians will definitely wonder about in future centuries is how deeply flawed logic, obscured by shrewd and unrelenting propaganda, actually enabled a coalition of powerful special interests to convince nearly everyone in the world that CO2 from human industry was a dangerous planet-destroying toxin. It will be remembered as the greatest mass delusion in the history of the world – that CO2, the life of plants, was considered for a time to be a deadly poison.

Much of Dr. Manheimer’s interesting paper debunks many of the fashionable nostrums surrounding politicised ‘settled’ climate science. It is an excellent read. Discussing some of the contrary opinions that debunk obviously false claims, he says it is “particularly disheartening” to see learned societies make definitive claims when so much contrary information is readily available. He points out that over the last 10,000 years, the Earth has almost certainly been warmer. There have been warmer and colder periods, just like today.

To find the off-narrative information, even Google can be used, Manheimer says – though he does note that the company warns it will not provide information on “claims denying that long-term trends show that the global climate is warming”.

[…] Scientist: Net Zero Will Lead To The End Of Modern Civilization […]