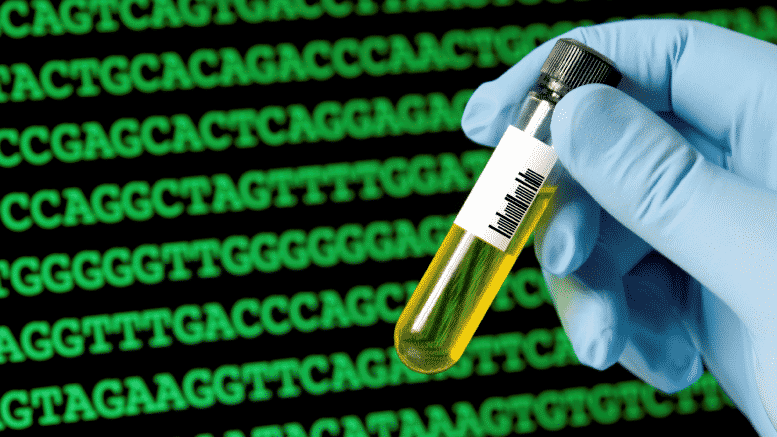 Please Share This Story!
PDF 📄
There is no ethical debate taking place in public view that argues the case against using synthetic DNA to create life-forms not found in nature. In our opinion, it is patently insane because once established in a gene strain, it becomes permanent and thus replicates indefinitely. What is the impact on other life forms, including humans? Nobody can possibly know.  ⁃ TN Editor

Scientists are expanding the genetic code of life, using man-made DNA to create a semi-synthetic strain of bacteria — and new research shows those altered microbes actually worked to produce proteins unlike those found in nature.

One of the first lessons in high school biology: All life is made up of four DNA building blocks known by the letters A, T, C and G. Paired together, they form DNA’s ladder-like rungs. Now there’s a new rung on that ladder.

A team at The Scripps Research Institute in La Jolla, California, expanded the genetic alphabet, creating two artificial DNA “letters” called X and Y. A few years ago, the researchers brewed up a type of E. coli bacteria commonly used for lab research that contained both natural DNA and this new artificial base pair — storing extra genetic information inside cells.

The next challenge: Normal DNA contains the coding for cells to form proteins that do the work of life. Could cells carrying this weird genomic hybrid work the same way?

“We can make proteins that are built of more things than they normally are,” explained Scripps chemist Floyd Romesberg, who leads the project.

While programming the green germs offered evidence that the approach can work, eventually “we would like to get proteins that do new things,” he said.

That’s an ultimate goal in the field of synthetic biology — designing organisms that work differently from the way nature intended so scientists can harness them to create designer drugs, biofuels or a range of other products. Scripps’ technology has been licensed by a biotech company Romesberg co-founded, Synthorx Inc., that aims to make novel protein-based drugs.