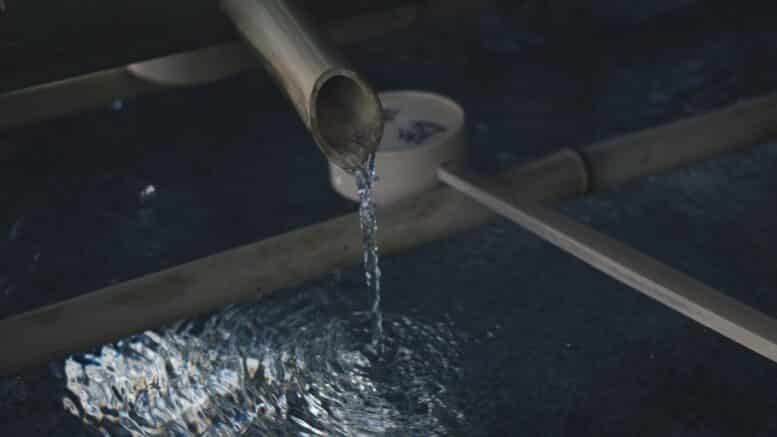 Please Share This Story!
PDF 📄
Controlling fresh and waste water is part of Technocracy’s domination over energy and economic activity. Fresh water can be metered and allocated while sewage can be sampled for the presence of coronavirus. Statements about controlling human health are increasingly seen across all Technocrat memes. ⁃ TN Editor

The United States’ aging water infrastructure is in dire need of an upgrade. Most of the country’s water infrastructure is at least half a century old, and with that comes a host of problems, including frequent leaks and poor water quality. With precious water resources becoming more and more scarce, the problem is growing increasingly urgent.

According to the American Society of Civil Engineers, there are an estimated 240,000 water main breaks annually across the U.S., at a direct cost of $2.6 billion. Deteriorating infrastructure imposes more than a merely financial burden: As pipes deteriorate and increasing amounts of pollutants enter the drinking water supply, public health is endangered. A 2017 investigation revealed that up to 63 million Americans were exposed to potentially unsafe drinking water over the previous decade, underscoring that disasters like the Flint, Michigan water crisis are only the tip of iceberg when it comes to America’s water management problems.

Further compounding the country’s water challenges is the mounting threat of climate change, which will usher in extreme weather conditions that America’s degrading water infrastructure simply will not likely be able to handle. Given these myriad challenges, it’s hardly surprising that in the American Water Works Association’s most recent State of the Water Industry report, leaders identified the need to renew and replace outdated infrastructure as the industry’s top challenge.

Smart water technology has a major role to play in addressing the problems posed by aging infrastructure. By integrating intelligent monitoring and resource management solutions, local governments can gain vital insights: How much water is present in the overflow from a storm? What contaminants and pollutants are flowing through municipal pipes– and at what levels? What patterns in supply and demand can drive smarter decisions about optimizing water management?

With the introduction of smart water tech, our cities can better understand what’s going on, especially underground, which is beneficial for the industrial and utility sectors too. Zion Market Research forecasts that the smart water tech market will reach $31.6 billion by 2024, with technological improvements in information and communication technologies, the Internet of Things (IoT), and data analytics fueling the market’s growth.

IoT sensors, for instance, can enable water managers to detect any anomalies in municipal systems, including leaks; peaks and valleys in usage; equipment failures; and pollutants to ensure local utilities and industry are complying with all water protection regulations. By creating visibility into buried assets to understand the conditions of underground infrastructure, utilities can compare current performance with sought after standards, predict when and where problems may arise, and treat trouble spots preventively before they become costly problems.

I would really like more info on this subject. Since, for the past WEEK, the water co. has been laying ‘new pipes’ on my street. They have been on the same SMALL SECTION of my SHORT street ALL WEEK. I’m not an idiot!…..I KNOW how new water mains are laid; I have seen it done!! In a nut shell……dig up a large section of the center of the street; remove the old sections of pipe; lay the new pipe; back-fill the ‘hole’ and re-pave. It should NOT take more than THREE DAYS to do my WHOLE street. Yet, they’ve been… Read more »

Suggest getting freedom of information from appropriate entity and also helpful to ask the workers or the traffic controllers. They at least will tell you something. How’s the work going? But tough for you with long hours? Having some problems? Etc

We don’t need smart meters here is our well controlled country! One state government decided they owned the water coming out of the sky and so trying to put meters on our farm dams so they can charge us! Then one main river system that runs through three states allows corporate entities and individuals without land holdings to trade their water rights on the stock market in order to maximise profits for their shareholders especially in times of scarcity and drought!! Sanctioned by the government and business watchdogs!! Under the constitution people are guaranteed rights to water but many farmers… Read more »

A sisyphos project. Expensive and completely unnecessary, and how do you calculate water breaks of $2,6 billion?? Creative bookkeeping

In most Western lots it rains 500-700m3/year of the finest cleanest drinking water.
Thats how God designed it to us all. To be easy accessible everywhere to all living.

If you wait 5-10 minues rain, all dust, dirt and pollution will normally be gone, and the next rain is clean as a baby butt. So why all these many many problems?

I’m surprised that this author failed to mention the North American Water and Power alliance, which is just as the name implies. Likely the reason for the Site ‘C’ dam in BC. as the province has all its electrical needs met for decades. Once B.C. Hydro can be bankrupted and the dam sold all the waters behind can be privatized and sold to the highest bidder, likely California. The locals there can then expect to pay the world price for water… the price paid in the middle of the Sahara desert. As a teen I once entered the Technocracy building… Read more »