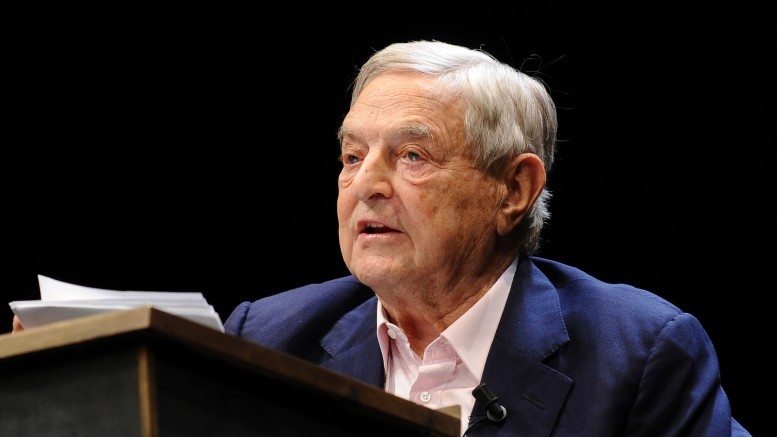 TN Note: Unfettered immigration is viewed as a prerequisite to the full implementation of Sustainable Development, or Technocracy. In Europe, Soros gets behind Trilateral Commission bigwig Peter Sutherland and brings hundreds of millions of euros to bear through his network of well-funded NGOs. Did the leaders of European nations have a legitimate chance to resist? Apparently not.

While the large-scale migration crisis has been shaking Europe for months, French politician Bernard Carayon has joined the chorus of those accusing US billionaire and speculator George Soros of masterminding the refugee influx via over a hundred of NGOs, which “whisper in the ear of the European Union to encourage the settlement of migrants.”

“One hundred NGOs advocate and encourage the settlement of these migrants in Europe,” former French politician and a former member of the French parliament said in an interview with French news website Atlantico.

A third of them are being subsidized by the European Union and the Open Society of George Soros, a “network of foundations, partners, and projects in more than 100 countries,” the political analyst explained.

The Hungarian-American billionaire and speculator, Carayon reminded, gained notoriety in the past for having broken the Bank of England in 1992 – earning $1.5 billion in just a single month by betting the British pound and several other European currencies were overpriced against the German deutsche mark.

He was the same very man to attack the Thai and Malaysian currencies in 1997 and to speculate against the franc in 1993.

His fortune is immense, valued at nearly 25 billion dollars, the politician says, and the income from his capital was and still is being used to fund “color revolutions” and NGOs, including those advocating the refugee influx into Europe (spending around one billion dollars per year for this purpose).

Carayon explains that The Open Society of George Soros and Washington-based US think tank “Migration Policy Institute” have published a joint report “Welcoming Engagement: How Private Sponsorship Can Strengthen Refugee Resettlement in the European Union.”

The report, he says, welcomes the European Commission’s engagement and encouragement of private sponsors and NGOs to resettle over-quota migrants in the EU member states.

Another NGO directly involved in the crisis is the Brussels-based “Platform for International Cooperation on Undocumented Migrants” (PICUM), which has considerable influence within the European institutions.

It recently came up with a guide, following the directive of the European Union “on the rights of the victims,” on an advance access of undocumented migrants to protection services, and justice. This time again, Carayon says, the NGO is funded by the European Union and the Open Society.

The third organization is the NGO Oxfam, which regularly cooperates with the Open Society. Together they finance the “Enough is enough” movement in Senegal, which, in fact, is a “customary attempt” of Soros to launch a “color revolution” in the country.

Oxfam has also invested in the fight against coal, on the occasion of COP 21 (The 21st session of the Conference of the Parties (COP) at the Paris Climate Change Conference in November 2015).

This NGO is particularly supported by the European Union, which paid it €75.3 million in the 2013-2014 financial year, the French political analyst states.

In October 2015, Oxfam published the report “Solidarity with the Syrian people” where it demanded France step up its resettlement programs, criticizing Paris for not contributing enough to the refugee programs and advocated the acceleration of procedures for family reunification, the acceleration of community sponsorship arrangements and opportunities for fellowship and pay based on work.

Another actor in support of immigrants is the “UNITED for Intercultural Action”, a network, composed of leftist activists and funded by the Council of Europe, the European Commission and the Open Society.

Why has Russia and Hungary not already assassinated soros? He is wanted dead or alive in so many countries that he should be dead many times over. Does this mean that independent international security groups will have to do the dirty work and collect from the Russians and other like minded countries later after the fact? Should it look like an accident or should it be a blatant old fashioned CIA style hit like a JFK hit to send a message to other globalists? And how much is each and every anti soros country willing to pay behind the scenes… Read more »