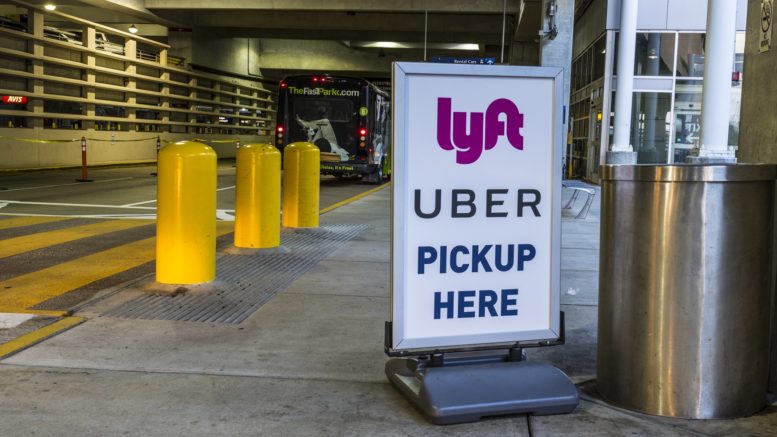 Please Share This Story!
PDF 📄
Ride sharing in Smart Cities is supposed to get people out of their cars to decrease congestion and pollution. Guess what? The exact opposite is happening: more pollution and more congestion. ⁃ TN Editor

But data collected by the city and now made public shows almost half of Chicago’s millions of monthly ride-share trips are taking place in just a few wealthy, crowded and already transit-rich areas.

A Tribune analysis of ride-share trips that occurred in March shows that more than four of every 10 passenger pickups happened in five of the city’s community areas — the Loop, the Near North Side, the Near West Side, Lakeview and West Town. Many of the drop-offs were concentrated in those areas, too.

A more granular look at ride pickups and drop-offs by Census tract, which can be areas of just a few blocks in a dense city like Chicago, shows that aside from airport trips, the most popular ride was a short one between the Loop and the Near North Side.

Nearly 1 in 5 trips in March occurred during rush hour, when trains and buses are most readily available.

Ride-sharing services have ushered in new convenience for residents trying to get around the city and represent another transportation option in lower-income communities. But the city’s data also reflects ride-sharing’s impact on city streets and balance sheets — Uber and Lyft drivers competing with taxi cabs in already congested neighborhoods and millions in dollars of lost revenue at the Chicago Transit Authority as people shun public transportation for a solo ride in the back seat of a stranger’s car.

Lightfoot has not specified what new fee the city could impose, though her transition document suggested exploring additional funding for transportation, including congestion pricing and a new Loop ride-share surcharge.

“We will continue to look at creative ways to address our challenges and to improve transportation access in Chicago, including as it relates to ridesharing,” a spokeswoman for Lightfoot said in an email.

Transportation experts who have reviewed the data say that it appears some people are choosing ride share over transit.

“We’re definitely seeing trips that could have been served by transit — people are taking Uber and Lyft instead,” said Elizabeth Irvin, transportation director for the Center for Neighborhood Technology, a sustainable development nonprofit.

Ride-sharing companies started operating in Chicago in 2011 and have expanded rapidly.

As of March, there were 66,562 active ride-share drivers who make 4 or more trips a month, compared with 15,078 in March 2015, according to the city’s Department of Business Affairs and Consumer Protection.

Uber and Lyft say that most Chicago drivers work part-time.

Although the number of cabs operating is limited to 6,999, there is no cap on ride-share vehicles.

The services have changed the way people get around the city and, for some, have opened up an opportunity to earn extra income as a driver. But they may also have an unintended consequence: more traffic congestion.