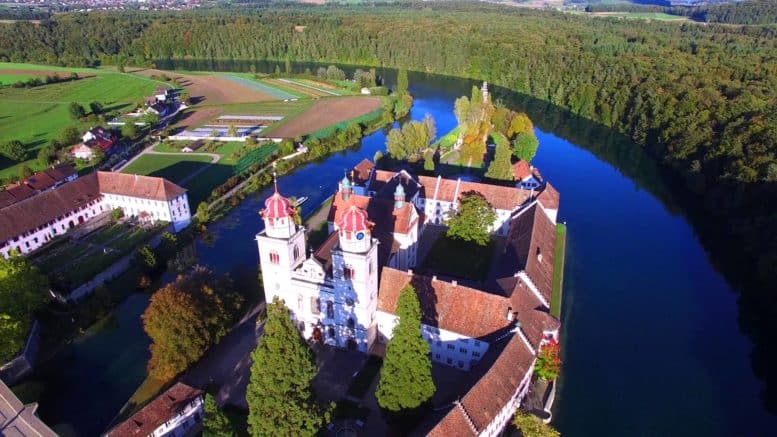 UBI is a favorite meme of Technocrats around the world, and has already been tried and abandoned many times in recent years. Now a Swiss village that has no cash is going to try it by using crowdfunding. This is truly an Alice in Wonderland type of story. ⁃ TN Editor

A village in Switzerland has decided to go ahead with an experiment on basic income, with a payout of 2,500 francs ($2,570) per month. The next step is to raise money to finance the plan via crowdfunding.

More than 50 percent of the inhabitants of Rheinau, close to the German border, signed up for the project, according to the organizers website. At least half the 1,300 inhabitants needed to say ‘yes,’ and the count stood at 692 on Monday. The submitted ballots also still have to be checked against government data to ensure eligibility.

The decision comes two years after a proposal for a nationwide unconditional state stipend failed to pass in a national vote.

Rheinau, on the banks of the river Rhine an hour by train from the banking hub of Zurich, was selected by filmmaker Rebecca Panian for the basic income trial. She says she became fascinated by the notion during the national debate before up the 2016 vote, decided to select a village as a guinea pig, and make a documentary.

Earnings and social benefits would count against the payment, which will have to be raised from private sources rather than the government.

Given the cost of living in Switzerland, the sum of 2,500 francs isn’t very large. An entry-level grocery store cashier in the city of Basel working 42 hours per week is entitled to about 3,500 francs a month.