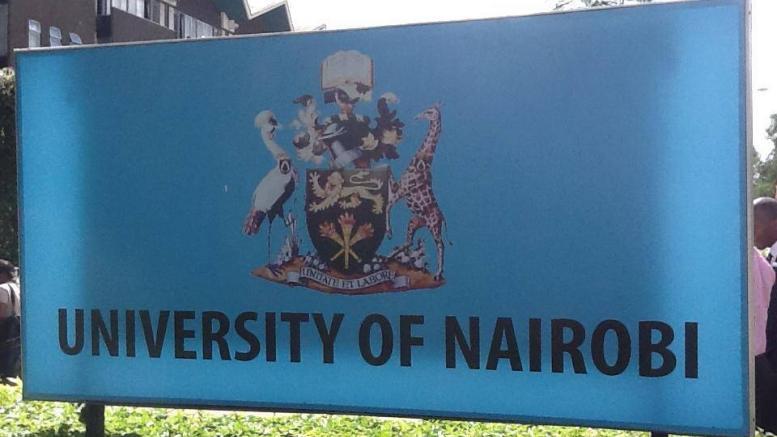 Please Share This Story!
PDF 📄
This important piece of scholarship originating in University of Nairobi in Kenya, analyzes the trend away from democracy into Technocracy on the African continent. If anyone thinks Technocracy is not being seriously discussed, they are shutting their eyes to the obvious. ⁃ TN Editor

In this paper, we argue that the future of development in Africa lies in the shift from democracy in the conventional sense to technocracy, where the role of the expert is recognized and appreciated. We set out by presenting conceptualizations of democracy and technocracy. Thereafter, we highlight the challenge posed by the demands of the information society to traditional concepts of democracy.

Democracy is a system of governance in which political leaders are freely elected, with the underlying assumption that the leadership will be responsible to the governed by translating pre-election pledges into concrete policies that enhance the general welfare of society. However, the elected leaders rely on experts to formulate and implement the relevant policies. Such technocrats therefore exercise authority and power by virtue of their competence in specific fields. Thus the technocrat exercises influence on the political leader, who in turn takes credit for the benefits that accrue to society.

In this paper, we argue that the future of development in Africa lies in the shift from democracy in the conventional sense to technocracy, where the role of the expert is recognized and appreciated. We set out by presenting conceptualizations of democracy and technocracy. Thereafter, we highlight the challenge posed by the demands of the information society to traditional concepts of democracy.

The term “Technocracy” was first used by Smyth (1919). Smyth’s usage referred purely to Industrial democracy, in which he sought to demonstrate the integration of ‘workers into decision making through existing firms or revolution’. Later the term came to mean government by specialized decision making. A technocratic government is a system of experts designed to ensure administrative functions are carried out efficiently (Wikipedia 2009).

Technocrats are individuals with specialized training, who approach societal problems from the vantage point of appropriate knowledge and experience. They seek solutions to problems in science and technology broadly conceived. According to Njalsson (2006), ‘technocrats are primarily driven by their cognitive “problem-solution mindsets”, and only in part by particular occupational group interests. The activities of technocrat’s and the increasing success of their ideas are thought to be a crucial factor behind the modern spread of technology and the largely ideological concept of the “Information Society”’.

A technocracy thus describes a situation or society in which those who govern justify themselves by appeal to expertise in scientific forms of knowledge. In Technocracy and Democracy: The Challenges to Development in Africa 89 contradistinction to democracy, technocracy is a system in which decision makers are selected on the basis of the knowledge they demonstrate, rather than how much political capital they hold or how popular they are. One can easily characterize some forms of technocracy as elitism, whereby the “most qualified” and the administrative elite tend to be the same (Rose 2006; Golden 2006). Overall, a technocracy relies more on expertise and leadership skills selected through bureaucratic processes rather than democratic elections.

According to Hubbert(1974) and Howard (2005), technocracy irreducibly displays the following features:

The above framework may seem authoritarian, but the principles of a technocracy should be anticipatory – designed as a form of in-built problem-solving, in which action is based on the psychology of conditioning, rather than on the intrusive whims of personality. Such an approach to handling complex issues allows for a reasonable division of roles as follows:

Broadly speaking, then, a technocracy is governance by those who have reached the pinnacle of their fields of specialization. Thus a technocracy should infuse a logistical approach to societal challenges.

Democracy is a form of government in which the supreme power is held by the people under a free electoral system (Dunn 1994; Kurt 2007). Democracies function within the framework of two related principles, namely, (1) all members of the society have equal access to power, and (2) all members enjoy universally recognized freedoms and liberties.

There is a variety of democracies, some of which provide better representation and more freedoms for their citizens than others. However, if any democracy is not carefully designed to avoid an uneven distribution of political power, a branch of the system accumulates power in a way that is harmful to democracy itself. The ” majority rule” is often described as a characteristic feature of democracy, but without responsible government it is possible for the rights of a minority to be abused by the “tyranny of the majority”. An essential process in a representative democracy is competitive election, that is fair both substantively and procedurally. Furthermore, freedom of political expression, freedom of speech and freedom of the press are essential, so that citizens are informed and able to vote in their personal interests. In short, popular participation and respect for human rights have long been central components of nations that subscribe to the democratic ideal. With these principles in mind, a democracy seeks to achieve the following:

These are weighty matters requiring careful crafting, necessitating the input of technocrats in a democracy. Although popular sovereignty may exist, its evaluation and veracity may be an uphill task.

In many countries, democracy is based on the philosophical principle of equal rights. Extrapolating this discourse then, the term “democracy” connotes political pluralism, equality before the law, the right to petition elected officials for redress of grievances, due process, civil liberties, human rights, and elements of civil society outside the government (Dahl 1989). By implication, in a democracy, popularly elected persons make decisions that ordinarily should be left to experts. Wanyande (1987) avers that in a democratic system, the political leader is elected to office partly because of the election pledges he makes. Once in office, the politician has a challenge of transforming the pledges into action. A politician’s mandate is not based on knowledge, skills or performances. In essence, an election brings on board both experts and non-experts. The challenge is that the politician will be evaluated by the electorate on the basis of how well he/she translates his/her pledges into action. The flipside is a thorough examination of what role specialized knowledge ought to play in leadership, given that the society is so complex that solutions to its problems require multiple threads of expertise.

If the aim is to create a future most desired by the people, effective leadership must move from conscious belief based decision making to value-based decision making. The fundamental question to be asked in this regard is, “when a decision is being taken, is it aligned with the values represented by the government and the democratic aspirations of the people?” If the decision were to be rational but not in concurrence with such values, it would not be consistent with the objective of growth and development.

In our view, democracy, just like all other forms of governance, is not a clean, theoretical concept applied to reality, but a process that has evolved. Democracy in its modern sense is traceable to different facets associated with the social development of Europe. It is possible to see the link between the evolution of democracy and the secularization of Europe that took place in the 17th and 18th centuries. One can begin by citing the Medieval separation of power between the Church and State, through the works of philosophers such as Locke and Voltaire who proposed a constitutional division of power between the king and parliament in which the subjects had absolute rights to life, liberty and property, to Montesquieu, another French philosopher, who proposed a system where power was divided into three, namely, the legislature, executive and judiciary.

For a number of reasons, the above models of governance are not pure democracies in the strict sense. First, they are based on constitutions which limit the scope of governance within a specific social consensus. Second, they are based on representation, not direct participation, so that the citizen does not play a significant role in rowing the boat of decision making. Third, they merely respond to existing laws and regulations, which do not necessarily nurture an environment conducive to the making of sound decisions. For example, many investment decisions are politically driven due to their popular appeal, rather than their ability to generate quality life for the citizens. Even worse for the newly independent African countries, their constitutions were designed by colonial masters, who wanted particular forms of governance to thrive for the colonialists’ own interests. Demand for review of these constitutions has not been easily entertained, because radical constitutional reforms are bound to destabilize the balance of power at the economic front. Forth, there is a social stratum of civil servants organized in a bureaucracy – a class that is supposed to be based on professionalism and expert knowledge – but their own interests and those of the political leadership frequently override the pursuit of the true common good.

In its pure form, democracy is the most impracticable of systems. To appreciate this, one only needs to look at ancient Athens where every day, about five thousand men met at the main square to deliberate on all issues including but not limited to war and peace, the budget, the laws, kinds of punishment, property and life. Such a system cannot allocate resources rationally, because it lacks the requisite expertise to do so. It actually misallocates resources depending on the prevailing political interests. So what is the way out for Africa?

When addressing citizens, many African presidents assume that they hold the solutions to all the problems bedeviling society. Such presidents often forget that a ruler is only a temporary trustee, and not the owner of the people’s future. This is the folly of democracy – that the ruler’s vision is based upon and defines proposals and suggestions made by millions of the country’s citizens. Consequently, what the leader does is to simply articulate the collective wishes of the people, whether he believes in that vision or not. Thus Africa’s current political leaders frequently make the following debatable claims:

Expertise and Citizenship: The Challenge to Democracy

The ideal of democracy is that citizens make decisions that affect their own lives. However, governance is so complex that a mere vote cannot decide on the suitability or otherwise of a particular policy. So, would we know what to do with the government if we took control of it? Take the post election violence in Kenya for example, where the youth unleashed violence, leading to rampant anarchy, including the loss of many lives. Yet in spite of the violence, Kenya was still a sovereign state, dealing with issues of foreign relations. This Kenyan experience provides an illustration of the indispensable role of the expert in a democracy.

Most African countries still struggle with the tripartite problems that are aptly captured by the United Nations Millennium Development Goals: Eradication of poverty, Provision of adequate health care, and universal provision of education. These problems can be given a solution based perspective if and only if they are well conceived in a technocratic system embedded in a value-driven democracy. Out of this, a country can address ways and means of investing in roads, power, water, sanitation, health care and education by identifying the basic needs of the populace, computing the cost of meeting them, and identifying ways of financing the relevant services. The amount of public resources wasted in Africa points to the lack of expert management of public affairs.

Republicanism is also system of governance in which political leaders are freely elected.
The important difference between a constitutional republic and any democracy is the statement of inalienable rights in the formers constitution.
That difference has become irrelevant due to the ignorance of and ignoring of the Constitution by the majority of those who vote, which regard there to be no difference.