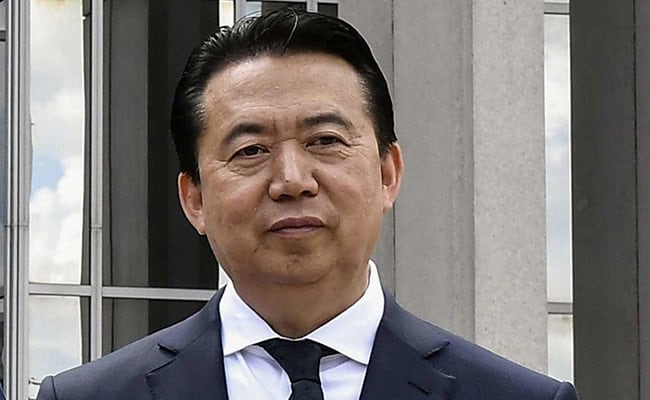 Head of Interpol snatched and disappeared

Please Share This Story!
PDF 📄
Historically, Technocracy has never honored any semblance of due process under the law. Outliers, troublemakers and undesirables are simply thrown under the bus or disappeared. Because China is a model Technocracy, it is totally predictable that it would act this way. ⁃ TN Editor

It’s been another busy month for China’s anti-corruption authorities.

There was the head of Interpol, who was unceremoniously seized during a trip to Beijing. There was the state bank executive who was caught hiding tons – literally – of ill-gotten cash in his moldy basement.

There was the disgraced general who was purged by the Communist Party as punishment even after he had hanged himself.

Arrests, disappearances, investigations, posthumous humiliations: The stream of eye-catching headlines coming out of Beijing in October is a reminder that President Xi Jinping’s hallmark anti-corruption drive is showing few signs of letting up in its sixth year.

Chasing suspected fraudsters, influence peddlers and others remains popular with the public. But Xi’s campaign also shows other tumult within the upper ranks of China’s leadership, business world and security apparatus.

Leaders are grappling with internal upheavals at a time when Beijing is juggling mounting challenges, from trade frictions with Washington to economic stress at home.

Despite rounds of purges in recent years, “one serious problem that Xi Jinping faces is that the administration is still actually poorly run,” said Willy Lam, who studies Chinese politics at Hong Kong University. “They should have their house in order by now, but they don’t. That could affect China’s ability to carry out policy or fight the trade war with the U.S.”

The numbers are staggering. Since Xi started the push in 2012, authorities have investigated more than 2.7 million officials and punished more than 1.5 million people. They include seven national-level leaders and two dozen high-ranking generals. Prosecutors have tried about 58,000 officials and sentenced two to death.

Among the latest officials to face prosecution is Lai Xiaomin, the former head of state-owned bank Huarong Asset Management and a onetime central bank official.

Lai was expelled from the party last week after he was found in “serious violation” of party law and regulations. According to the financial website Caixin, Lai took bribes, flouted government financial policy – and hid three metric tons of tainted cash worth nearly $40 million in his house.

As a former regulator charged with helping large Chinese companies deal with their debt, Lai was instead found to be running Huarong in a “blind and disorderly way,” Chinese authorities said.

Since 2015, when a devastating stock market crash sparked outrage among the middle class, Communist Party leaders have viewed the financial markets as an Achilles’ heel for its grip on power, observers say.

It points to how Chinese leaders are increasingly using their disciplinary apparatus to enforce government policy, said Wu Qiang, an independent political analyst in Beijing.

That’s an evolution from five years ago, when Xi was clearing out rival factions in the Politburo and sensitive institutions, such as the military, Wu said.

“At the moment, the financial industry is the focus of the anti-corruption campaign,” Wu said. “It’s in line with the government’s economic policies such as ‘de-bubbling’ and stabilizing the finance sector.”

To be sure, Xi’s work to cement his grip on the police and military, the two instruments of hard power, also appears unfinished.

Meng Hongwei, a deputy minister of public security and the head of Interpol, was detained this month by anti-corruption officials during a visit to Beijing. His disappearance occurred amid speculation of internal infighting.

And two top officers in the People’s Liberation Army, including former chief of joint staff Fang Fenghui, were expelled from the party last week.

Fang was found guilty of accepting bribes and political disloyalty. The other general, Zhang Yang, was stripped of his rank and Communist Party membership, said a statement, which added that he tried to “escape punishment by committing suicide” last November.

More than 300 officers were swept up as part of the investigation into the two generals, the South China Morning Post reported, citing sources close to the military.

This year, Xi expanded the leadership’s reach by forming a National Supervisory Commission with sweeping powers to investigate not only Communist Party members but also state-owned companies, hospitals, schools and even sports teams.

“Once you establish and empower agencies to investigate, they will inevitably find more and more people to lock up,” said Zhang Ming, a retired professor of political science at Renmin University in Beijing. “Eventually, it hurts the party’s prestige and the public confidence in it.”