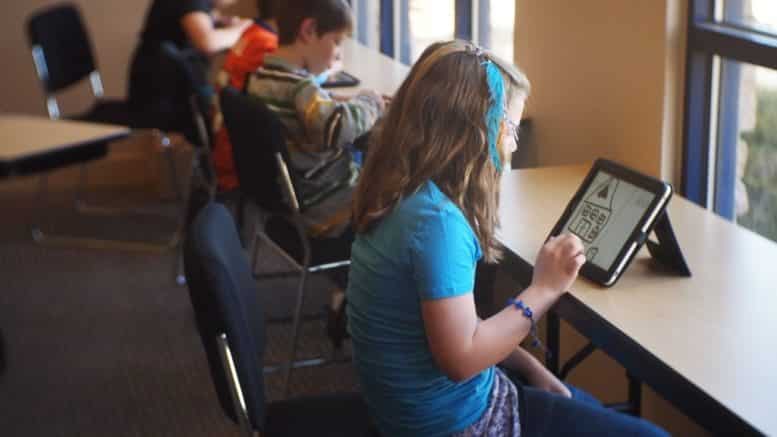 Please Share This Story!
PDF 📄
In 1934, Technocracy, Inc. stated that: “A continental system of human conditioning will have to be installed to replace the existing insufficient educational methods and institutions.“ Today’s education usurpers are still bent on ‘human conditioning.” ⁃ TN Editor

Imagine if everything about you was on a giant billboard and you could see who was buying information about you and making lists. That is exactly what is happening without your knowledge or consent each time you use the Internet. Everything a user does online is tracked and monetized — Google, Facebook, Twitter, Amazon, apps — they all collect your data. A provider of computer-run education programs has admitted that they share the data they gather with 18 “partners.” Invisible analytics, profiling, sharing or selling of data collected without consent or knowledge makes every Internet user vulnerable to manipulation and control, ending personal privacy and sovereignty.

The process works like this: new data are collected covertly through apps; the collected data is transferred to data brokers who access the new data and combine it with existing data about an individual using nontransparent algorithms. The algorithms create a very detailed profile of individual users; vendors are sold access to the profiles and target individuals based on profile analyses. Google is by far the most used third party analytics tracker and makes 90% of itsrevenue tracking user searches. In attached bibliography includes multiple examples of how the tech industry not only sells data, but sells data collection programs and devices to measure behaviors and infer emotions and thoughts.

The documentary, The Creepy Line, explains how tech giants use algorithms to shape behavior and shape thoughts. Google used algorithms to influence voter behavior in the 2016 presidential election In a recently leaked video of a Google company meeting conducted shortly after that election, one employee asked if Google is willing to “invest in grassroots, hyper-local efforts to bring tools and services and understanding of Google products and knowledge so that people can “make informed decisions that are best for themselves.” Google CEO Sundar Pichai responded that Google will ensure its “educational products” reach “segments of the population [they] are not [currently] fully reaching.” Apparently, Google will ensure that Google Chromebooks and the Google manipulated search engine will be standard “education” materials in American schools so that students can make Google informed decisions.

Schools funded with tax dollars allow the tech industry to collect billions of student data points about every aspect of every student using school issued personal devices by mandating students complete assignments using online tools and apps for classwork and homework on these devices. The data are used to build comprehensive profiles on each student. Every state has a database and students’ personal data can be shared with researchers and companies. Google launched a public relations campaign, Be Internet Awesome, that includes a curriculum and online game for Chromebooks, to promote itself as a “good” company; but a critical analysis of Be Internet Awesome concluded,

. . ., the program’s conceptualization of Internet safety omits key considerations. Specifically, it does not acknowledge the role of companies in keeping data and personal information secure. Instead, its focus on user-centered strategies obscures the degree to which users are often powerless when it comes to controlling how their personal data is used. [It] generally presents Google as impartial and trustworthy, which is especially problematic given that the target audience is impressionable youth.

Existing federal laws are inadequate for protecting student data privacy. FERPA generally does not apply to online data collection and FERPA was changed by executive rule in 2011, removing parental consent for data collection. FERPA now allows companies (such as Google) to be declared a “school official,” giving them access to student data on par with professionals who have a “need to know” to provide appropriate services to students. HIPPA does not apply to student records. COPPA does not generally apply to schools, and COPPA is rarely enforced even when complaints have been filed, and we know thousands of Android apps are improperly tracking children. There is no federal law regulating companies’ use of online student data.

The FBI recently issued a warning about privacy and security risks of educational technology and the U.S. Department of Education issued guidance that schools should not force parents to consent to third party terms of service. Yet, parents are told they cannot attend the school if they don’t allow their child to have a fill in the blank edtech app or program (e.g., Naviance, or NWEA, or Google Gsuite account). EdTech people say education is the most datamineable industry by farand we know now that students’ social-emotional data is the new goldmine despite the pseudo-science propping up social-emotional learning. The West Virginia teachers strike in Spring 2018 was in part sparked because, among other reasons, teachers were being forced to download Go365, a wellness and rewards app which would track their steps and other health data. Teachers were required to upload a variety of personal health information into the app and saw the program as an invasion of personal privacy

Google’s money wields an enormous amount of influence on U.S. education policy. Under the Obama Administration Google’s lobbyists had essentially unrestricted visits to the White House . A shocking number of White House officials now work for Google or vice versa. The U.S. Department of Education was heavily populated with former employees of organizations associated with Bill Gates, also advocating for computer-administered education. We know tech firms including Google have recently been lobbying the White House for a new federal privacy lawon their own terms; Google even provided their own framework for a favorable privacy bill that does not include opt-in consent. It is time for Congress and states to kick the fox out of the henhouse — reject corporatocracy and restore our Constitutional democracy.

U.S. citizens are protected from the government’s invasion of privacy and from property theft. They must also be protected from corporations’ invasion of privacy and theft of their electronically created property. Sovereign citizens cannot be coerced into giving their data or penalized/denied public education services for not consenting to sharing their data. Given that the infrastructure has already been built, Congress must adopt strong privacy laws at least as stringent as the European Union’s global data standards established in its General Data Protection Regulation (GDPR). The FTC should be given rule-making authority and resources to investigate and directly prosecute violations; but by no means should Congress abdicate its responsibility to protect the general welfare of the Americans and allow Silicon Valley to dictate to Congress or the FTC.