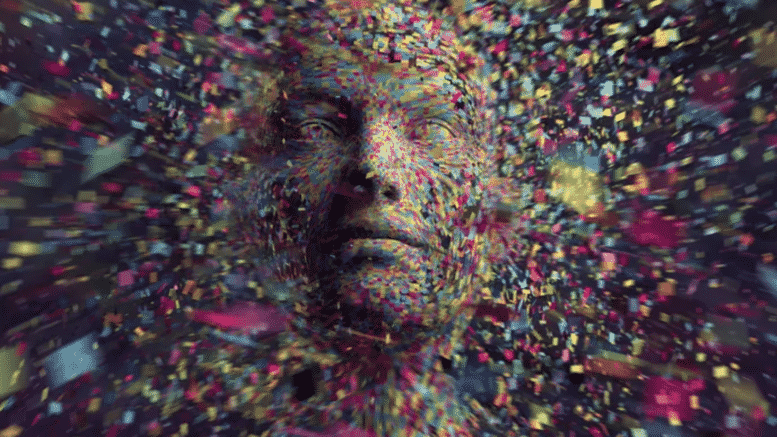 Please Share This Story!
PDF 📄
Mandates have nothing to do with public or personal health, but rather promoting and enabling the emerging global Technocracy. As noted by TN in early 2020, the “Great Panic of 2020” was Technocracy’s coup d’état on the whole of planet earth. This is now being openly recognized by experts around the world as unaccountable and unelected ‘experts’ are ripping society apart at the seams. ⁃ TN Editor

The more I observe the establishment’s moral panic over COVID vaccines, the greater my belief that mandates are less about establishing beneficial public health policy and more about enabling an emerging technocracy to assume authoritarian control.

Let’s consider the current case of Dr. Aaron Kheriaty, Professor of Psychiatry at the University of California Irvine School of Medicine.

From all indications, Kheriaty is a credit to his institution. He has a thriving clinical practice. He received several “excellence in teaching” awards over the last ten years. He serves as the Director of the Medical Ethics Program at UCI Health (the hospital affiliated with the medical school), a role in which he consults with patients, families, and medical professionals to resolve difficult questions involving end of life treatment.

He is also a noted public intellectual having authored books and articles for professional and lay audiences on bioethics, social science, psychiatry, and religion. (Full disclosure: I am personally acquainted with Kheriaty because of our mutual interest in opposing legalized assisted suicide.)

Despite Kheriaty’s many qualifications, his job hangs by a thread. What did he do? Commit malpractice? Engage in unethical conduct? No. He challenged UCI’s vaccine mandate.

It’s not that Kheriaty is an “anti-vaxxer.” He has never tried to dissuade anyone from accepting the jab. Indeed, he believes that people most at risk from COVID are less likely to be seriously infected, require hospitalization, or die if they are vaccinated.

But. Kheriaty is anti-mandate. First, he sees rules requiring COVID vaccines as violative of individual liberty. He also believes that the COVID mandates threaten patients’ right to “informed consent”—a bioethical doctrine that prevents doctors imposing involuntary medical treatments in most cases by giving patients the ultimate decision about whether to accept or reject a proffered intervention.

But Wesley. Vaccines are not just about protecting the individual, but also, furthering public health—the key word being “public”—by preventing a communicable disease from spreading.

True. But here’s the issue when it comes to COVID. Mandates impose a one-size-fits-all approach, whether or not—as a matter of science—public protection actually requires universal vaccination

Kheriaty believes that in his case, it doesn’t. Indeed, he thinks it is medically unnecessary to be vaccinated both to protect him and as a public health matter. Why? You see, Kheriaty had COVID and now has natural immunity that protects him from further infection.

Indeed, while scientific opinions vary on this point—we are dealing, after all, with a very new disease, and the vaccines have been with us for less than a year—some scientists believe that natural immunity may be superior to that conferred by the jab.

Because he has antibodies to the disease, Kheriaty poses minimal risk to his patients, colleagues—or anyone else—from COVID. That being so, he doesn’t want a foreign substance injected into his body, and—exercising his right under the doctrine of informed consent—refuses to be vaccinated

But UCI policy doesn’t exempt people with natural immunity from its vaccine mandate. Administrators insist that he either roll up his sleeve or hit the highway.

Gauntlet thrown, Kheriaty sued to keep his job. But after a judge refused to issue a temporary restraining order preventing his firing, Kheriaty was placed on “investigatory leave with pay”—a formal step toward termination—“for misconduct and serious violations of  UC policy.”

More, UCI’s letter to Kheriaty instructed: “You are not to perform any work for the university. You are not to be present on the premises at the UC Irvine campus…nor any clinical space owner or operated by the University of California, Irvine…” Since part of Kheriaty’s income is derived from UC Health clinical practice—he is forbidden from accepting private patients—the exclusion effectively hits the psychiatrist right in the pocketbook.

More importantly, barring Kheriaty from performing clinical work could cause collateral damage to patients, who have nothing to do with his decision regarding the vaccine. Remember Kheriaty is a psychiatrist. His professional relationships with patients can be intensely personal, are often long-term, and may require ready and detailed knowledge of the patient’s history to react effectively to a crisis.

Moreover, the intimate relationship that builds over time with a psychiatrist is often essential to a patient’s ability to overcome mental illness or emotional trauma. In other words, keeping the psychiatrist away from his patients could be devastating to them.

Apparently, some of Kheriaty’s patients thought that too. In a just completed interview for a future episode of my podcast, he told me that UCI just adjusted the terms of his suspension. While he still cannot be present at a UCI facility, he will be allowed to conduct telehealth conferences with patients.

La de da. Seeing patients on a computer screen will often be inadequate to truly meet patient needs as in-person interactions can be crucial in psychiatric contexts. Moreover, patients may be uncomfortable discussing very personal issues over a streamed video link. I know I would be.

What makes this maddening is that it is all so unnecessary—if UCI’s actual purpose is to protect Kheriaty’s patients and colleagues from disease. There is plenty of room for compromise. For example, Kheriaty could agree to advise patients that he has not been vaccinated because he has natural antibodies, allowing them to decide whether to “risk” being in his presence.

Kheriaty could be tested twice a week—as he has been previously—which would assure patients and colleagues that he does not pose a risk to their health. Given his natural resistance to the disease, that would seem to be more than sufficient. In other words, a modus vivendi that both protects the public health at UCI and honors Kheriaty’s liberty rights could easily be attained.

But that isn’t the way things look to be going. UCI seems intent on firing their once valued colleague for publicly speaking truth to power and refusing to yield to government and institutionally imposed coercion.

Let us hope that effort fails. Protecting public health is not the real game that is afoot. Rather, like early Christians martyred as outcasts for refusing to engage in Roman emperor worship, mandate opponents are being targeted in the cause of empowering a New Technocratic World Order.

That is why courageous resisters like the UCI psychiatrist deserve our support. It may just be Kheriaty’s job, but it is our personal freedom ultimately at stake in how his case is decided.

That is unfortunate and a not uncommon story. He’s (Kheriaty) probably wrong about the jabs preventing serious illness. The data coming out of the UK, which is some of the ‘cleanest’ we have is showing that it is the jabbed that are most likely to be hospitalised and die. Furthermore, we are seeing an increase in all-cause mortality from non-Covid deaths … But regardless of this the medical tyranny being inflicted is certainly extreme and has nothing to do public health. It’s about control, namely the guise with which to usher in digital passports. I was recently evicted by my… Read more »

Are you serious. You are against legalized assisted suicide??? If I’m dying of an incurable cancer – you don’t want a doctor to be able to help me escape the misery. You want me to die a slow death in agony and spend every last dime on health care? I thought you were brighter than that.

Legally assisted suicide belongs with those who want it. The problem with LAS or medical mandates starts when bureaucrats want to force it on every living human being in the world. I don’t think that everyone needs or wants forced medical interventions of any type. And I and many other people don’t volunteer or desire to be forced or mandated into taking toxic medicines for diseases we can cure or avoid with antioxidants, or medicines that have a proven track record for minimizing suffering or actually curing diseases. Therefore the less toxic our bodies are. The less likely we’ll be… Read more »

If you want to suicide yourself help yourself, but you should not get any help from us, re; taxpayer money for it or forcing a doctor to help you murder yourself. In case you don’t know it is murder. Just cause something is legal doesn’t make it right in God’s eyes.

This is an article with videos. The article tells you all you need to know. It is unsettling.