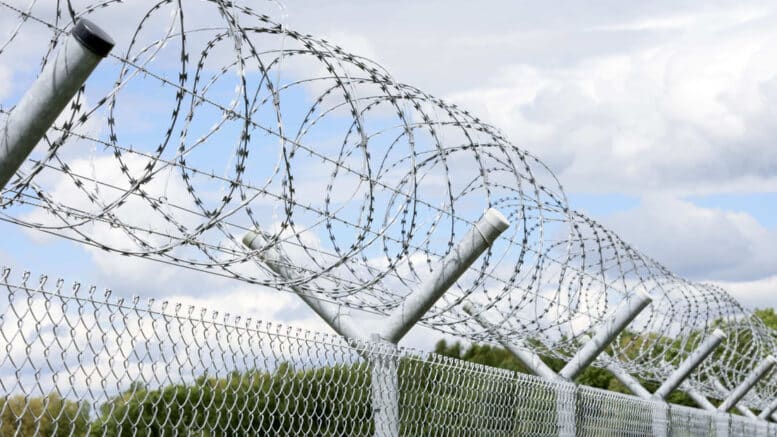 Please Share This Story!
PDF 📄
When the Internet goes dark, so does a raft of services that are dependent on it, such as banks, service companies, businesses, medical facilities, social media, VOIP phone calling and news services. Without the Internet, entire sections of society can be rendered inoperative and at the mercy of their government. ⁃ TN Editor

Over the last decade, governments worldwide have intentionally shut down the internet at least 850 times, with a whopping 90% of those shutdowns taking place over just the last five years.

What’s behind this troubling trend? “More people are getting online and getting access to the internet,” said Marianne Díaz Hernández, a lawyer in Venezuela and a fellow with the nonprofit Access Now. “As governments see this as a threat, they start thinking the internet is something they need to control.”

These staggering statistics come from a new report released Wednesday by Access Now and Jigsaw, a division of Alphabet that focuses on addressing societal threats with technology. The report documents the history of internet shutdowns over the last decade, the economic toll shutdowns take on the countries that impose them and what governments and the broader business and civil society community can do to stop what has fast become a widespread and grave human rights violation.

The report, published in Jigsaw’s publication The Current, traces the recent spate of internet shutdowns back to the five-day shutdown in Egypt in 2011. Though exact data on every shutdown that has ever happened is non-existent and smaller-scale blackouts had taken place before that, the authors write, “never before had an entire country, one where more than a quarter of the population was connected to the internet, simply severed itself from the open web.”

Egypt’s shutdown sparked condemnation from some Western countries, the authors write, but the number of internet blackouts has only expanded since then. These are often timed to elections in countries around the world, costing the economies of those countries billions of dollars. One estimate cited in the study suggested that Myanmar, which has had a string of severe shutdowns, may have lost 2.5% of its GDP as a result. That’s about “half the damage wrought by the Great Recession on the US in less than a third of the time,” the authors write.

That’s to say nothing of the impact of shutdowns on individuals, some of whom shared their stories with Access Now for the report. A Ugandan woman told the story of how she went to town to use the ATM only to find it wasn’t working, and neither was anything else connected to the internet. “Everything was down and everyone seemed confused about what was happening and stranded like me,” the woman wrote.

A person in Ethiopia described the outage that occurred after a government attack on Tigray, saying he’s had no way to reach his father, who is in poor health. “Someone recently passed through Addis Ababa and told me they were okay, but I can’t be sure. I still haven’t heard his voice,” the person wrote.

The 2011 Egyptian shutdown and others since have drawn attention to the role internet service providers play in countries where very few exist. “In highly developed markets like the United States, where there are thousands of ISPs, the sheer size of the market provides a degree of protection. But in many countries, as in Egypt in 2011, the web can be brought to a shuddering halt with just a few phone calls,” the authors write.

Access Now is calling on ISPs in those countries to resist government pressure to block or throttle internet access and to report the requests they receive. Global companies like Facebook and Google, meanwhile, have a role to play in tracking internet outages and determining whether they were intentional, Anthonio said.

“Maybe Facebook is being blocked or Google platforms are being shut down in these areas. Can you find out what is happening on the ground? That context is always important,” she said. “You can see a drop in traffic, but once you have the context like, OK, there is an upcoming election, there is an ongoing conflict — then we’re able to see whether this is an intentional attempt by the authorities to keep the rest of the world in the dark or if this a technical problem.”

This idea has really puzzled me. The Technocrats rely heavily on the internet infrastructure to control their slaves. How would such things as CBDC’s (and other fiat digital currency schemes), contract tracing apps, QR codes, digital vaccine passes, etc. be functional if there was no internet? And most of all, how would their mind control continue to operate if they couldn’t get their propaganda out to the masses? I think taking down the internet would deal a serious blow to their own plans, which could very well parallel with any harm it does to any resistance. I think it is… Read more »

sharon a
Reply to  Devon Wesley

I agree and have asked myself the same questions. Maybe shutting it down (for a time?) would be just another type of control, a “war on the mind” of sorts. Somewhat like “coffee is good for you” then “coffee is bad for you”. This “back and forth” or “give and then take away” can create more neurotic, desperate, fearful people who then are easier to control, begging for someone to fix it? Can you imagine the level of withdrawal and frustration people would experience? Or maybe they just don’t want anyone to enjoy life and be able to watch any… Read more »

Devon Wesley
Reply to  sharon a

The article seems to hint at this in some places. It looks like the internet outages being referenced are pretty local and in areas where less people rely on its use. In these places, it may be effective to shut it down for a time. But in addition to the difficulty that would come with shutting it down in a first world country, it would really set things back for the Technocrats. But if the goal is a psy-op kind of like what you are suggesting, just to make people neurotic, perhaps a full blown shut down wouldn’t be needed.… Read more »

Devon, THEY WANT US DEAD.

Once the vax becomes mandated the troops will round up everyone who resists. Then the internet goes POOF and food shortages, mass panic, riots, >>> MARTIAL LAW. Three days of darkness. EAS system comes back on blaming “terrorist attack” all unvaxxed are rounded up and shot on sight by army.

Whoever survives is a mindless slave plugged into the 5G grid taking monthly booster shots of DNA modifying nano particles.

Excellent thinking. However, we have no idea should the internet be closed down for a particular geographic area or areas whether that really affects the Technocrats. If there is a measure to bring about a closure for the public then there is a get-out-of-jail-free counter-measure already waiting in the wings to be employed–assured. I seriously doubt that when the internet was cut in other countries that the MAN’s communications were out as well. As Sharon a’ points out it will certainly create more neuroses, stress and desperation in the public realm as a well planned psyop should. When people can’t… Read more »

Uncle Sam has built up the internet “kill switch” since early 2000s. Remember San Francisco BART SOP 303 in 2015 cell phone shutdown? That was LEGAL and IMMUNE TO FOIA challenge. They’ve expanded it since for all utilities not just 5G and 2G cell towers but ISPs, DNS system, electrical grid. Next lockdowns will be CLIMATE LOCKDOWNS they will shut off your utilities. Already shut off your breathing with your mask – you have too many CO2 emissions, peasant!

In Australia since the National Broadband Network, our landline now goes through the Internet; if the Internet is down, there is no phone for emergencies. Mobile service where I live is negligible, unreliable even for texting. State and Federal MPs tell us that the former landline is old technology.