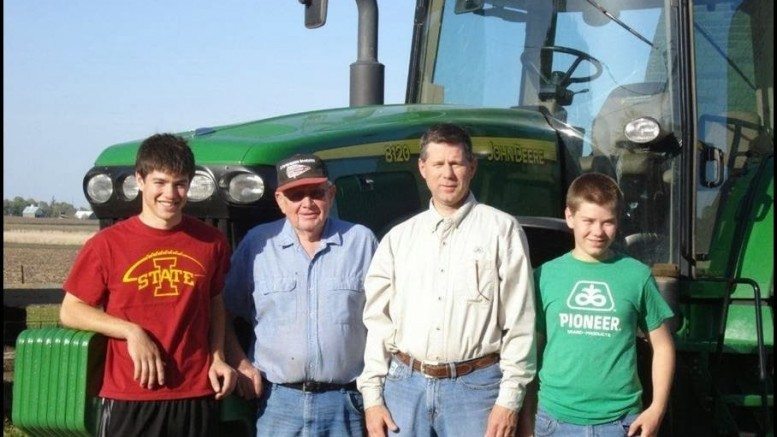 An seasoned American Agriculture group called Organization For Competitive Markets (OCM) has declared a state of emergency after Sec’y of Agriculture Tom Vilsack doubles down on industrialized agriculture. OCM contends that Obama is using trade agreements to drive America’s farmers off the land. ⁃ TN Editor

US Secretary of Agriculture Tom Vilsack missed the mark as chief of domestic agriculture on Thursday by defending the disastrous impacts of large-scale industrial agriculture, which pushes the true costs of cheap food production onto farmers, workers, and the environment (Politico Pro: “Vilsack Takes on Anti-Industrial Ag-ers”).

The Organization for Competitive Markets (OCM) is now declaring a state of emergency.

“In an affront to logic and to any clear thinking by family farmers and consumers, Vilsack continues to push a model of highly concentrated industrial agriculture that has failed. One only needs to look at our home state of Iowa to see the resulting loss of family farms and environmental destruction,” according to Iowa farmer and OCM board member Chris Petersen.

Even as consumers here pay historically high prices for food, the last of the nation’s family-run farms and ranches are going broke. Calves are bringing half what they brought just a year ago, dairy farmers are on the ropes due to low milk prices, and grain farmers are losing well over $100 per acre, while prices at the grocery store remain virtually unchanged.

Examples from around the world show why it is absolutely crucial for countries to adopt agricultural policies that ensure their people will always have adequate supplies of domestically produced food. After suffering an extended drought, Syria’s loss of farms led to devastating hunger, internal war, and mass migration. Venezuela is now suffering a dire food crisis, and potentially a violent uprising, due to its decision to adopt the U.S model of highly concentrated, industrial agriculture. A renewed effort to put people back on the land is underway but has likely come too late.

“Market power has never been more concentrated or more abusive. In the cattle business, the big retailers are robbing the bank, while the big meatpackers drive the getaway car,” says OCM’s immediate past-president Mike Callicrate. “The Walmart-led retailers and JBS-led meatpackers have unprecedented power to inflate profits by reducing prices to suppliers, and they are doing so aggressively.”

“The Obama administration is using trade agreements to drive America’s farmers off the land, just the way the WTO allowed Chinese imports to drive the U.S. manufacturing industry out of business,” adds OCM president Mike Weaver.

U.S. Secretary of Agriculture Tom Vilsack recently took the unthinkable step toward the demise of American agriculture by allowing Brazilian-owned meatpacker JBS, now the largest meatpacker in the world, the ability to access the U.S market with cheap Brazilian beef. While Secretary Vilsack was opening the flood gates to South American beef imports, Brazil’s Federal Judge Vallisney De Souza Oliveira was ordering JBS executives to step away from their corporate roles and forfeit their passports as part of an ongoing criminal corruption investigation.

Secretary Vilsack has also pushed for global trade and failed to enforce antitrust laws, and the fall-out has led to a situation that is unprecedented in American history. Brazil has taken ownership of the largest U.S. beef and poultry processors, while China has purchased Smithfield, the country’s largest pork producer–today all of the major meats are controlled by foreign corporations. Adding further pressure, these massive global companies are at the mercy of equally consolidated food retailers. Walmart alone controls fully 33 percent of U.S. retail grocery sales.