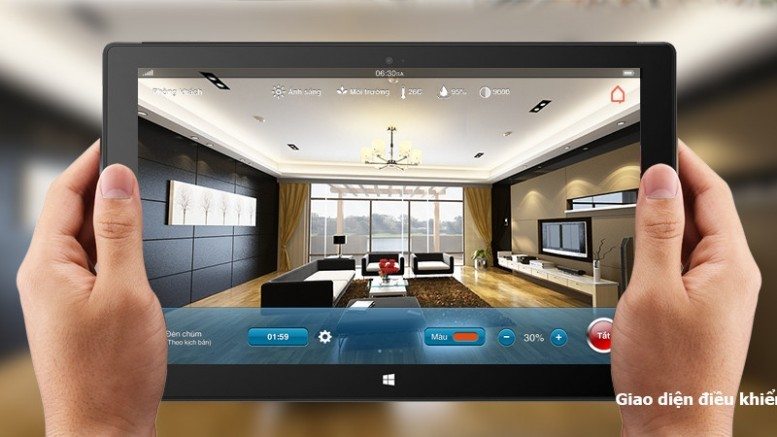 Please Share This Story!
PDF 📄
TN Note: Smart Grid is a core component and requirement needed to implement Technocracy, and was carefully specified in the 1930s by the Technocracy Study Course: Total control of distribution and consumption of all energy.

When the installation of smart meters became an issue, Elias Leak Quinn, then a law student at the University of Colorado did a research study on privacy issues inherent with the smart grid. The report Quinn produced, Smart Metering and Privacy: Existing Law and Competing Policies  was submitted to the Colorado Public Utilities Commission (CPUC). The CPUC opened Docket Number 09‐593EG for the issue.

A synopsis of the method of invasion of privacy in the home documented by Quinn was that in the early 1980’s, MIT researchers discovered “non-intrusive load monitoring” (NALM).  Essentially, the recording of electricity consumption at a granular level can be interpreted to identify the device and as a consequence, the activity.  The following is an excerpt from the Quinn report discussing the theory of the MIT project:

The NALM insight was simple in form, but profound in consequence:

If a device could be appended to the existing metering infrastructure that would allow for realtime logging of electricity consumption (the simple hardware), the information of appliance use might be able to be reconstructed from the overall load data (through the application of complex software) and thereby remove the need for intruding within the residential space and installing new equipment within the home.

In order to disaggregate a customer’s electricity usage profile into its constituent appliance events, researchers began compiling libraries of appliance load signatures that could be matched to signals found within the noise of a customer’s aggregated electricity use. Though initially thought a daunting task to work backwards from an appliance’s demand to the identity of the appliance itself, the load signatures of various appliance categories are surprisingly unique,(4) and an impressive amount of detail concerning customer usage habits could be discerned from NALM-generated information.

With the storage capacity of today’s devices, recording electric consumption at the level of granularity to produce of map of a household’s daily activities based on appliance signatures using NALM, is not a problem.

The ability to transmit that data to the utility company regardless of the method (i.e. PLCC or wireless) constitutes an invasion of privacy unlike any home invasion before in history.  Regardless of whether or not the utility company says they are interested in this data, the smart meter provides the capability and there are always willing buyers and/or hackers for this kind of information and deregulation of the utilities has created the “market space” for them through entities called “energy services” companies.  Plus the Department of Energy is proactively encouraging software developers to find uses for the data by providing grant money for development.

The Idaho Public Utilities Commission is a member organization to the National Association of Regulatory Utility Commissioners (NARUC).  NARUC recognized the potential serious breech of utility customer privacy with a Resolution on Smart Grid, sponsored by the Committees on Telecommunications and Energy Resources and the Environment adopted by the NARUC Board of Directors on July 21, 2010.  It calls for electric consumer privacy to be protected while at the same time ensuring “market access” to information generated by the smart grid.

Public interest was the reason why the major infrastructure segments of the economy were regulated.   While some legitimate argument was made for the breakup of AT&T, in hindsight with all things considered, it’s not clear that the benefit of the breakup offset the costs but without question, the deregulation of the energy sector has not served the public interest and in fact, it has put the public at great peril.

Like AT&T, the utilities vertical structure has been broken up to create “competitive markets”  in component operations but what that has done is to enable the cartelization of the component operations, increased overhead costs for electric consumers and gives only the illusion of competition by increasing number of “market entrants”  that are not really in competition – but rather are in collusion to drive up the cost of electricity ensuring profits for all through the regulatory rate and guaranteed cost recovery structure.

The wave of deregulation of infrastructure (and officially sanctioned) monopolies began with a lawsuit against AT&T in 1974.  It was settled in 1982 when AT&T agreed to divest itself of the wholly owned Bell operating companies.  The divestiture was completed by January 1, 1984.   The Telecommunications Act of 1996 further deregulated the telecommunications system to enable “anyone to enter the communications business and to compete in any market against the others”.  It affected  telephone service – local and long distance, cable programming, broadcast services and services provided to schools.

The next wave of deregulation was of natural gas pipelines.  In 1985, FERC Order No. 436 decoupled natural gas pipelines from the producers and distributors enabling a new business in pipelines for “common carrier”  open access.   That caused a problem that was solved by FERC Order 500 which encouraged interstate pipeline companies to buyout  ‘take-or-pay’ contracts for natural gas.  Houston Gas Company (Ken Lay) and Inter-North, a conglomerate merged to form Enron. Together, they had 37,000 miles of pipeline.  The idea of a “gas bank” – middleman trading system was proposed by Ken Lay to solve the “take-or-pay” problem by establishing a virtual commodity market for natural gas.

PJM began the transition to an independent, neutral organization in 1993 when the PJM Interconnection Association was formed to administer the power pool. In 1997, PJM became a fully independent organization. At that time, membership was opened to non-utilities and an independent Board of Managers was elected.

On April 1, 1997, PJM opened its first bid-based energy market. Later that year the Federal Energy Regulatory Commission (FERC) approved PJM as the nation’s first fully functioning independent system operator (ISO). ISOs operate, but do not own, transmission systems in order to provide open access to the grid for non-utility users.

The Energy Policy Act of 2005, Title XII-Electricity authorized the creation of a self-regulatory electric reliability organization (ERO) that spans North America with FERC oversight in the U.S.   The organization that was authorized was NERC – the North American Energy Reliability Council and it includes both Canada and Mexico.

The magnitude of the corruption becomes clear in the Energy Independence and Security Act of 2007 where Congress mandates specific standards for appliances including integration of smart technologies into the home, technologies for peak shaving, grid policy, federal money for development of “smart technologies” and “to conduct research to advance the use of wide-area measurement and control networks including data mining, visualization, advanced computing, and secure and dependable communications in a highly-distributed environment” and much more.  The following is Sec. 1306 (d) – Smart Grid Functions:

(1) The ability to develop, store, send and receive digital information concerning electricity use, costs, prices, time of use, nature of use, storage, or other information relevant to device, grid, or utility operations, to or from or by means of the electric utility system, through one or a combination of devices and technologies.

(2) The ability to develop, store, send and receive digital information concerning electricity use, costs, prices, time of use, nature of use, storage, or other information relevant to device, grid, or utility operations to or from a computer or other control device.

(3)  The ability to measure or monitor electricity use as a function of time of day, power quality characteristics such as voltage level, current, cycles per second, or source or type of generation and to store, synthesize or report that information by digital means.

(4) The ability to sense and localize disruptions or changes in power flows on the grid and communicate such information instantaneously and automatically for purposes of enabling automatic protective responses to sustain reliability and security of grid operations.

(5) The ability to detect, prevent, communicate with regard to, respond to, or recover from system security threats, including cyber-security threats and terrorism, using digital information, media, and devices.

(6) The ability of any appliance or machine to respond to such signals, measurements, or communications automatically or in a manner programmed by its owner or operator without independent human intervention.

(7) The ability to use digital information to operate functionalities on the electric utility grid that were previously electro-mechanical or manual.

(9) Such other functions as the Secretary may identify as being necessary…..

Rather obviously, the Congress did not write the EISA of 2007 legislation.  There isn’t enough expertise in Congress to write it.  It had to be the result of the wish list of the “self-regulated” utility cartel.  The insult added to the injury is that Congress is spending billions of dollars subsidizing a system that will vastly increase the cost of living across the board without any offsetting benefit and in fact, is a net negative considering the loss of individual autonomy and privacy and the increased personal costs for the accoutrements of modern life with congressionally mandated, integrated “smart technologies”.

Do we really need refrigerators that can “talk” to the grid?

Vicky Davis was a Computer Systems Analyst/Programmer turned Internet Researcher and writer. She received her training in computer programming in Santa Clara, California in mid 1970s. She worked primarily – but not entirely on IBM mainframe systems for large corporations and government entities. As an Internet Researcher, she continues to apply her Systems Analyst skills focusing her research on the revolution in government from the systems perspective. She has two websites: www.thetechnocratictyranny.com (new website – newer technology) www.channelingreality.com (frozen due to changing technology)
Subscribe
3 Comments
Oldest
Newest Most Voted
Inline Feedbacks
View all comments

You forgot to mention some important points (audit trail) to this story. First, the strategic plan for the break-up of the electric industry through the development of the “Smart Grid” was developed in the 1990’s and published in 2003 and called “Grid 2030”. The following year they issued more details through a follow-up report called “Technologies Roadmap”. The utilities were key players in this strategic plan – which calls for wide-spread use of solar. (So this phony theater about the utilities being against solar is just theater – not real). They issued their solar strategic plan a decade later called… Read more »

I think this is an overreaction. A smart meter is a device that can report electricity on a more frequent basis than every two months. For demand side management, it helps if some portion of the load is on a time-of-day tariff, and better if the demand responds to real-time price signals to raise or lower usage (under control of the user’s algorithm or computer). Certainly for home usage, one minute usage increments would be sufficient, although the customer might like to get finer-grained data, to identify that it was the sump pump that just kicked on. The smart meter… Read more »

What you say up to a point is correct, but what is not said is that utilities and the Federal government intend to use this data as a means of collecting data on citizens. This has already been clearly alluded to here: https://www.technocracy.news/index.php/2016/02/10/u-s-director-of-national-intelligence-we-might-use-smart-home-devices-to-spy-on-you/. Plus, the clear specification of Technocracy is to control and monitor all distribution and consumption of energy. So, the carrot you offer to help consumers sounds good, but it is a red herring for a bigger picture.