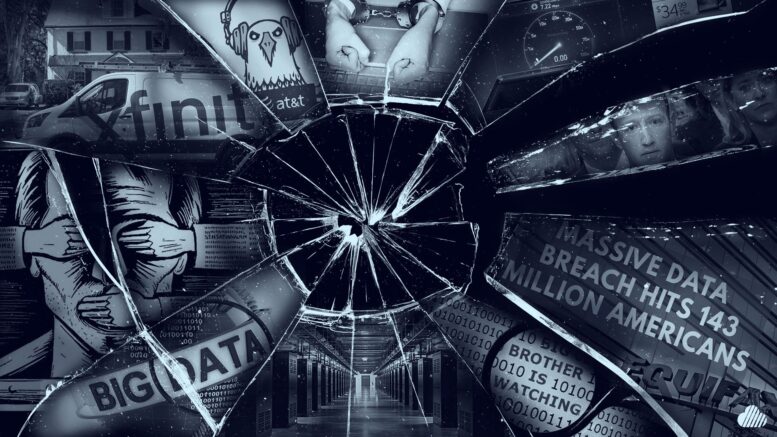 Please Share This Story!
PDF 📄
As the world rolls into Technocrat authoritarianism, it will flavor all aspects of the Internet. In China, IP level censorship is now standard practice, driving users to self-sensor activities so as not to get banned altogether. The West is increasingly adopting the same model.

A 2018 article Cyberbalkanization and the Future of the Internets gives an in-depth analysis of the balkanization process. ⁃ TN Editor

Be honest — did you read UnHerd’s “cookie policy” just now, before you clicked “accept and close”? Have you ever read one of those notices? Or do you, like me, agree to anything and everything so long as you can get to the good stuff more quickly?

The reason these annoying little pop-ups exist at all is thanks to a recent-ish law which helps you understand what’s being collected about you online. It’s something that probably deserves a moment of your attention. But we’re spending more and more time online; who wants to waste it checking 20 tedious Ts&Cs a day?

The future of the internet will come down to tiny things like this: subtle decisions made at the engineering or regulatory level — stuff which most of us ignore because we can’t be bothered to find out what it’s all about. Are you curious about “digital object architecture”? Do you want to know who’s behind the “Internet Corporation for Assigned Names and Numbers”? A colleague of mine once spent weeks tracking this stuff — only to conclude that internet protocols are “simply too impenetrable and boring to feel angry about”. Nobody cares. Nobody, except the autocrats of the world, who are quietly trying to wrestle control over various working groups and technical decisions — to make sure they can tame the digital beast.

Given our abject dependency on it, it’s scary to think of the internet as a flimsy experiment. But it’s already changed shape several times over its short life: from a government-funded research project for military scientists, to an academic network, to a vehicle for e-commerce and now a platform for social content. Through it all one thing remained constant, in theory if not always in practice: the idea that the internet was a single open network which anyone could join, and where everything was connected via a standard set of protocols and rules.

According to a new book, that’s about to change. Four Internets argues that the era of a single internet might be drawing to a close, replaced by a balkanised network of different versions living alongside each other. Scholars Wendy Hall and Kieron O’Hara reckon four internets in particular are already taking shape.

The “Silicon Valley” model is open and libertarian — anyone can join the network, no single authority is in charge and there are few rules about what sort of information can be transported across the network. Its modus operandi is to ask for forgiveness rather than permission. This is the original vision and remains just about still on top.

Then there’s the “Brussels bourgeois” model which is “ordered, respectful, polite, decent, well-behaved, well- mannered, and considerate” (and also a little dull). Preferred by most EU countries, it is quick to launch anti-trust cases and punish companies that “move quickly and break things”. It is the Brussels vision that created “GDPR” privacy rules, the “right to be forgotten” and those damn cookie laws.

Finally, there is the fast-developing “Beijing” internet, which is paternalistic and tightly controlled by the government. Back in 2000, Bill Clinton told a Chinese trade delegation that cracking down on the internet would be like “trying to nail jello to the wall … good luck”. But over the last 20 years the Chinese government has gradually brought the internet to heel through its doctrine of “cyber-sovereignty”. They’ve done it slowly and cleverly: China’s “deep packet inspection” technology checks what’s coming in from the rest of the world; IP addresses they don’t approve of are turned away. All internet content providers are held liable for what appears on their websites, under an insidious “you yourself decide” code, which encourages everyone to turn into draconian self-censors to avoid trouble.

Where does the UK stand in all of this? It’s hard to imagine our government would have either the competence or the inclination to go as far as China’s, but what if the Beijing model is the future? In his recent book The Great Firewall of China, James Griffiths argues the Chinese model is starting to spread. Most visibly in Africa, where various governments are happy to buy up cheap, decent Chinese technology — and in some cases the surveillance or AI technology that can help them stay in charge. Although as some analysts have argued, it’s not always Beijing pushing the Beijing model — Western companies are also happy to assist snooping autocrats with cheque books. At home, Westminster is liable to fall for the allure of control. While we might not import Chinese technology itself — especially after the furore with Huawei and the 5G network — the promise of being in charge of the internet is irresistible.

And so, our internet is getting increasingly authoritarian. You may recall the Investigatory Powers Act 2016 (aka the “Snoopers Charter”), which, among other things, required internet companies to keep a record of the websites you visit for a year. Earlier this year it was revealed that the government was testing a creepy new tool as part of the Act — surveillance technology that could track and record everything that every single person in the country does on the internet. Funnily enough, the Chinese government cited the Snoopers Charters when defending their own draconian surveillance techniques.

There was no pop up with “yes or no” on “UnHerd’s” Site. However, we get the point :-). Just avoid these Sites. On some sites you get the chance to say no and can read it even with a no. When the sites discover you leave them they change their cookie policy. If something is interesting on an “Accept our cookie” site, try search it on a neutral search machine like duckduck. There will be sites with the subject. Music can be heard on Bing Video or other neutral sites. I actually like China’s policy among other the ban of… Read more »

Just get rid of the cookies when you leave the site.

Sure, but if you click yes, you have agreed they must use all the info they can pull out from their access to your computer, not only for their use but also for all their “partners”. Thats why I prefer to leave it.

The Balkanization Of The Global Internet Is Inevitable – David Icke

The Balkanization Of The Global Internet Is Inevitable – HNMDA Buitenland

I assume, and all of should, that you are being monitored at all times at the most root level. They want to know what you have to say, that’s why they allow you “freedom”; helps them know how far along you are to buying into the powerlessness of your life of suffering. They want to know if they’ve convinced you that you are just a piece of meat for their use.