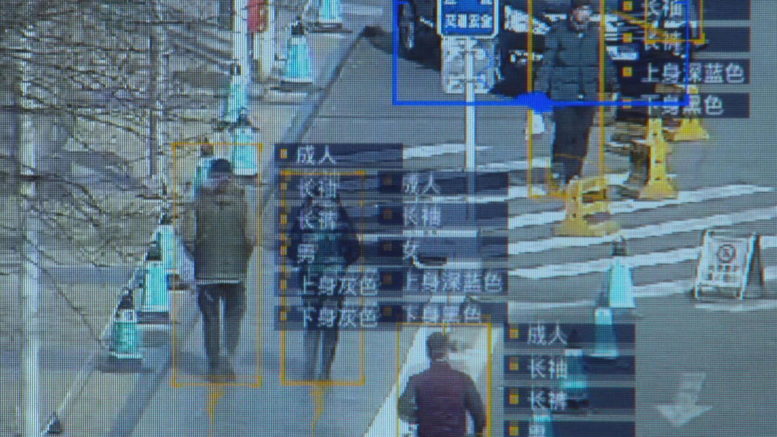 Please Share This Story!
PDF 📄
More and more mainstream journalists are writing about China’s main dystopian export: all-seeing surveillance. While not perceived as Technocracy per se, they are connecting the dots as they watch multiple nations following in China’s footsteps. ⁃ TN Editor

In 2005 I was chased, by car, from Shanghai to Hangzhou by Chinese secret police. My crime? Setting up meetings with Chinese writers.

I was there working on a report for PEN International on the organizations that cater to literary writers. What issues did writers care about? What activities did they engage in?

The car tailing us bobbed in and out of traffic to keep up, and later slowed when it looked like it would overtake us. It was a frightening experience although my companion from PEN and I were not arrested, and we suffered no consequences from the surveillance and pursuit.

On the other hand, the Chinese writers we were to meet with the night before in a Shanghai restaurant, had been detained and questioned. One was taken to tea. The other dinner at KFC. Anything to prevent them meeting with us.

We could only hope that our efforts to learn more about these writers and support them in their work would not bring them any real harm. And the experience left me with an enduring admiration for their courage to even agree to meet with us in the first place.

If we were to return to China to do a similar report today, who knows if we would even know we were being watched?

In a very short time, China’s surveillance capability has become immensely sophisticated and now extends beyond keeping tabs on political dissidents to developing a system for monitoring the behavior of the entire population.

You could, in fact, argue that the technologies that once promised to be a liberating force are now just as easily deployed to stifle dissent, entrench authoritarianism and shame and prosecute those the Orwellian government of President Xi Jinping deems out of line.

Since the massacre that ended the Tiananmen Square pro-democracy protests in 1989, digital technology has given the Chinese government new, more stealthy modes of silencing, oppressing and disappearing dissidents, and stifling historical discourse.

This includes censoring online even mentions of 4 June, and an ever-changing catalogue of words and phrases that, depending on circumstances, are deemed threatening, including “feminism”, “1984”, “I disagree” and certainly anything that might draw attention to Uighur or Tibetan rights, or the independence of Taiwan.

Twitter – and many social media platforms people use freely elsewhere – is banned in China, and many people who have found ways to work around its censorship have been detained as recently as this year.

According to Amnesty International, China “has the largest number of imprisoned journalists and cyber-dissidents in the world” which is, of course, related to it having “the world’s most sophisticated system for controlling and surveilling the web”, as CNN has reported.

While we once hoped the internet would deliver us freedom of expression, the ability to communicate freely across borders and even be a channel for dissenting views, we now see the very opposite is occurring.

While we once hoped the internet would deliver us freedom of expression, we now see the very opposite is occurring

Worse, the Chinese model is now being exported. Wired magazine has reported that China is “exporting its techno-dystopian model to other counties … Since January 2017, Freedom House counted 38 countries where Chinese firms have built internet infrastructure, and 18 countries using AI surveillance developed by the Chinese.”