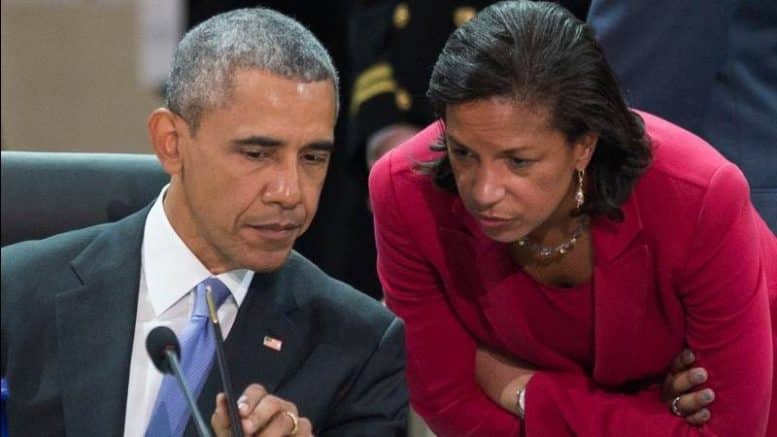 Netflix is the new Hollywood-style organ of propaganda that captivates the world. Trilateral Rice will be a fitting board member, and her former boss, Barack Hussein Obama, may be going to work for Netflix as well. ⁃ TN Editor

Former national security adviser and U.S. Ambassador Susan Rice now has a new role on Netflix’s board of directors, appearing to follow her former boss who is in reported “advanced negotiations” to create a series of shows with the streaming giant.

The company made the announcement on Wednesday, with Netflix co-founder and CEO Reed Hastings praising her prior work on intelligence issues for former President Barack Obama.

In fact, Rice’s former boss may be joining her at Netflix, as the New York Times first reported earlier this month the 56-year-old was in talks for a deal that would pay him and his wife, former first lady Michelle Obama, for Netflix-only “exclusive content” that would be available to subscribers of the digital streaming service.

Netflix has about 118 million subscribers globally. It was not immediately clear how many shows or episodes would be ordered or how much the Obamas would be paid.

“We are delighted to welcome Ambassador Rice to the Netflix board,” Hastings said in a statement. “For decades, she has tackled difficult, complex global issues with intelligence, integrity and insight and we look forward to benefiting from her experience and wisdom.”

Rice, 53, said she was “thrilled” to be joining the board.

“I am thrilled to be joining the board of directors of Netflix, a cutting-edge company whose leadership, high-quality productions, and unique culture I deeply admire,” she said in a statement.

Silicon Valley has come under fire from its few conservatives who say they’ve been shunned, as Fox Business reported. “Silicon Valley is a one-party state,” Peter Thiel, the billionaire investor, Facebook board member and ally of President Trump, said earlier this year at Stanford University, his alma mater. “The other side doesn’t care for you, and your side doesn’t care for you because they don’t need to.”

The New York Times reported last August that Thiel was informed he would receive a negative review of his board performance by Hastings, a fellow Facebook board member.While the head of Netflix praised Rice for her four years as Obama’s national security adviser and role at the United Nations, her tenure in the positions did not come without its share of controversy.