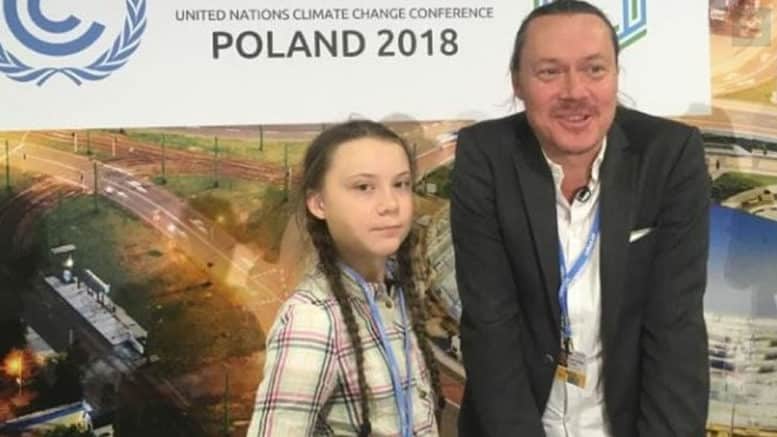 Please Share This Story!
PDF 📄
Sustainable Development represents the final plundering of the planet by the global elite, and the lockdown of Technocracy, or Scientific Dictatorship. The UN has been using the term ‘deep transformation’ for years but people have paid no attention to what it implies. ⁃ TN Editor

The Sustainable Development Goals and the Paris Agreement on Climate Change call for deep transformations that require complementary actions by governments, civil society, science, and business. IIASA contributed to a new study outlining six major transformations that will be required to achieve these ambitious goals.

The UN Sustainable Development Goals (SDGs) focus on time-bound targets for prosperity, people, planet, peace, and partnership — collectively known as the five Ps. By adopting the 2030 Agenda with its 17 SDGs and the Paris Climate Agreement, UN member states effectively created a framework for national action and global cooperation on sustainable development, while the Paris Agreement committed signatory countries to achieving net-zero greenhouse gas emissions by the middle of the century. SDG 13 on climate change specifically links to the Paris Agreement noting that the UN Framework Convention on Climate Change “is the primary international, intergovernmental forum for negotiating the global response to climate change.” Despite the interconnectivity and clear aims of these global goals, stakeholders seem to lack a shared understanding of how the 17 SDGs can be operationalized.

Building on previous work by The World in 2050 — a global research initiative established by IIASA — the authors of the study published in the journal Nature Sustainability propose six transformations to organize SDG interventions through a semi-modular action agenda that can be designed by discrete, yet interacting, parts of government. According to the paper, the proposed framework may be operationalized within the structures of governments while still respecting the strong interdependencies across the 17 SDGs. The authors also outline an action agenda for science to provide the knowledge required for designing, implementing, and monitoring the SDG Transformations.

“The 2030 Agenda and the Paris Agreement have given the world an aspirational narrative and an actionable agenda to achieve a just, safe, and sustainable future for all within planetary boundaries. The six transformations provide an integrated and holistic framework for action that reduces the complexity, yet encompasses the 17 SDGs, their 169 targets, and the Paris Agreement. They provide a new approach to shift from incremental to transformational change; to identify synergies using sustainable development pathways; formulate actionable roadmaps; and a focus on inter-relationships to uncover multiple benefits and synergies,” explains study co-author Nebojsa Nakicenovic, executive director of The World in 2050 (TWI2050) research initiative at IIASA.

In their paper the researchers considered which key interventions would be necessary to achieve the SDG outcomes and how their implementation might be organized into a limited set of six transformations namely education, gender, and inequality; health, wellbeing, and demography; energy decarbonization and sustainable industry; sustainable food, land, water, and oceans; sustainable cities and communities; and digital revolution for sustainable development. To simplify the discussion of interlinkages between interventions and SDGs, the authors further identified intermediate outputs generated by combinations of interventions, which in turn contribute to the achievement of each SDG. Each SDG transformation describes a major change in societal structure (economic, political, technological, and social) to achieve long-term sustainable development, while also each contributing to multiple SDGs. Excluding any of them would make it virtually impossible to achieve the SDGs.

Pursuing the six transformations will require deep, deliberate, long-term structural changes in resource use, infrastructure, institutions, technologies, and social relations, which have to happen in a relatively short time window. Previous societal transformations, like industrialization in 19th century Europe, were initiated by technological changes like the steam engine and were largely undirected, while 20th century technologies like semiconductors, the Internet and Global Positioning Systems, were promoted through directed innovation to meet military aims. The authors emphasize that it is crucial that SDG transformations are formally directed in order to meet time-bound, quantitative targets, such as net-zero carbon emissions by mid-century.

Stupid people! Yet the brain washing has already started a long time ago. This weekend I had fun with my sisters grandchildren 11 and 7. Both of them in separate classes are being taught the same junk. They did not want to eat meat because they are trying to reduce their carbon foot print. I was livid. I explained it’s a great big lie and explained to them about God Almighty, and how He created all things, and that all foods were for us to eat. The world has rejected God (the God of Abraham, Jacob, and Isaac) now they… Read more »

The whole aim of practical politics is to keep the populace alarmed (hence clamorous to be led to safety) by menacing it with a series of hobgoblins.” ~ H.L. Mencken
—————–
“Permanent crisis justifies permanent control of everybody and everything by the agencies of central government.”
– Aldous Leonard Huxley (26 July 1894 – 22 November 1963)
English writer, By the end of his life Huxley was widely acknowledged
as one of the pre-eminent intellectuals of his time.

The last two or three generations of ‘Americans’ have the memory and retention skills of a fruit fly,.. -yet clearly, a fruit fly can find more fruit more reliably –and faster than they can. With a handful of stellar exceptions, these clowns are a direct reflection on the ‘excellence’ of the mandated U.S. Government “Education” system. “Stupid” is too kind a word. THINK ABOUT IT: EVERY last ‘program’ , mandate, or bureaucracy the U.S. government has ever been involved in, has FAILED. And nobody, had tried to make it stop. WHEN will “YOU the people” realize this? It is they,… Read more »