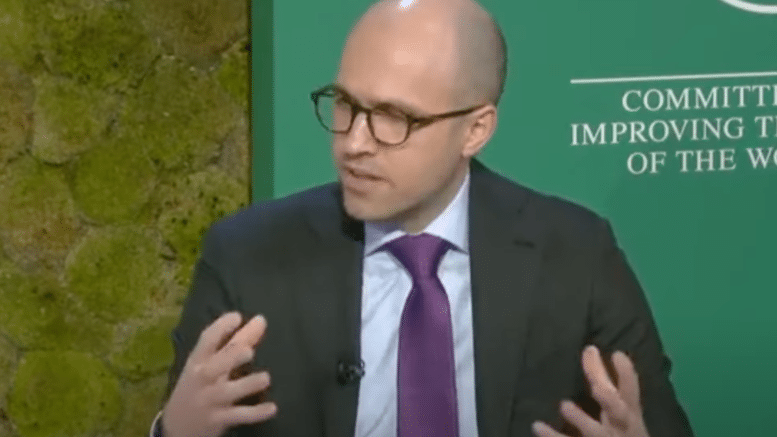 Please Share This Story!
PDF 📄
Meanwhile at the WEF meeting, New York Times publisher A.G. Sulzberger spoke at the panel, “Clear & Present Danger of Disinformation”, and claimed that disinformation is the “Most Existential Problem” facing the planet today. In fact, it is the WEF’s own narrative that is the biggest threat. ⁃ TN Editor

The World Economic Forum (WEF) has published a report, citing, as part of its annual meeting, “misinformation and disinformation” among the top global “risks” in a report covering the period of the next two years, and of the next decade.

These days, the poorly if at all defined concepts of “misinformation and disinformation” are often used by governments, and (social) media they influence, simply as a “one-size-fits-all” excuse to censor information and stifle free speech.

But in the narrative pushed by the elites gathered by the WEF, “misinformation and disinformation” is up there with fears of a world conflict, out of control inflation, food security, and other real calamities that could befall the world over the coming years.

And now – agree or not with WEF’s view of the planet, as laid out in the “Global Risks Report 2023” – where “climate change” and “action” related to that theory plays a very prominent role, too – what’s really interesting is to see what the WEF thinks should be done about whatever it identifies as key issues.

The WEF report says that technology will in fact “exacerbate inequalities” while the “cybersecurity” angle remains a big concern.

The future, as forecast by the group, sees tech as one of the central targets for state intervention and for what it refers to as “stronger industrial policies.”

Never ones to shy from throwing buzzwords around in their write ups, the WEF mention things like “AI” and “quantum computing” – as well as biotechnology – as those sectors that are projected to grow because of both state (i.e., military) and private money invested via research and development.

The scary dystopian future of actual AI, biotech, and “quantum computing” gaining prominence and more and more money invested into is described in the report as a “partial solution to a range of emerging crises, from addressing new health threats and a crunch in healthcare capacity, to scaling food security and climate mitigation.”

But that will only be true of those countries capable of spending money to address future “risks” – others, that is, poor(er) ones with poorly defined sovereignty, can expect even more inequality.

It would appear, though, that this in itself isn’t considered a negative by the WEF. This portion of the reports next notes that these technologies “also” bring risks – and those would range from “widening misinformation and disinformation to unmanageably rapid churn in both blue- and white-collar jobs.”

I would actually agree with this assessment. I just wonder if they’re definition and mine coincide.

WEF On Disinformation: Top “Global Risk”, “Most Existential Problem” Facing The World – Life, Death and all between

American Politicians Who Pimped America To The WEF/Davos Cult

U.S. Politicians Who Pimped America To The WEF/Davos Cult - neopol.info

U.S. Politicians Sell Out Country to a Criminal Syndicate With Blood on Its Hands | American Freedom News

Pandering to the New World Order: American politicians sell us out to an international criminal syndicate with blood on its hands – The Altar of Deceit