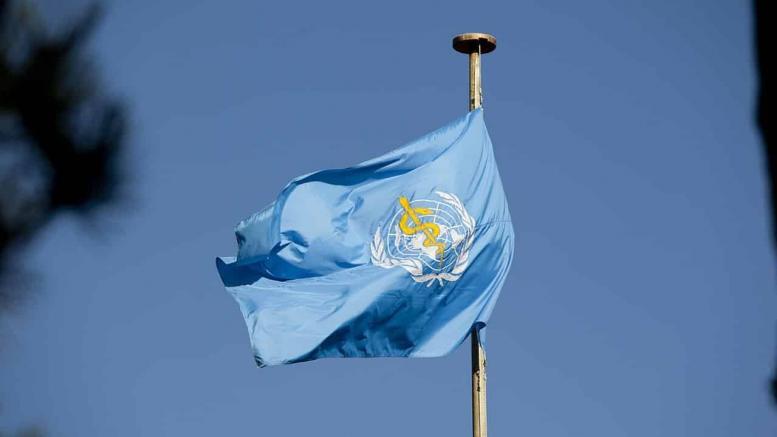 Please Share This Story!
PDF 📄
On Monday, Dr. Maria Van Kerkhove of WHO released information that would prove the Great Panic of 2020, the lockdowns, isolations and quarantines and the resulting destruction of the global economy, were for naught.

On Tuesday, after Van Kerhove was undoubtedly excoriated by WHO and other UN leaders, she furiously backpedaled on her Monday release and tried to say that it was all a mistake and that she mistook the data.

It is typical WHO behavior to change their narrative in midstream, but in this case, the horse was already out of the barn. Technocrats have indeed punked, plundered and pillaged the entire planet, achieving their near-term goal of killing Capitalism and Free Market Economics. ⁃ TN Editor

Coronavirus patients without symptoms aren’t driving the spread of the virus, World Health Organization officials said Monday, casting doubt on concerns by some researchers that the disease could be difficult to contain due to asymptomatic infections.

Some people, particularly young and otherwise healthy individuals, who are infected by the coronavirus never develop symptoms or only develop mild symptoms. Others might not develop symptoms until days after they were actually infected.

Preliminary evidence from the earliest outbreaks indicated that the virus could spread from person-to-person contact, even if the carrier didn’t have symptoms. But WHO officials now say that while asymptomatic spread can occur, it is not the main way it’s being transmitted.

“From the data we have, it still seems to be rare that an asymptomatic person actually transmits onward to a secondary individual,” Dr. Maria Van Kerkhove, head of WHO’s emerging diseases and zoonosis unit, said at a news briefing from the United Nations agency’s Geneva headquarters. “It’s very rare.”

Government responses should focus on detecting and isolating infected people with symptoms, and tracking anyone who might have come into contact with them, Van Kerkhove said. She acknowledged that some studies have indicated asymptomatic or presymptomatic spread in nursing homes and in household settings.

More research and data are needed to “truly answer” the question of whether the coronavirus can spread widely through asymptomatic carriers, Van Kerkhove added.

If asymptomatic spread proves to not be a main driver of coronavirus transmission, the policy implications could be tremendous. A report from the U.S. Centers for Disease Control and Prevention published on April 1 cited the “potential for presymptomatic transmission” as a reason for the importance of social distancing.

Just another ‘hoax’ perpetrated on we the people. The sad thing we all went for it. People are still wearing their ‘diaper’ face masks.

Collecting mucus from inside a person’s sinuses is a very poor way to diagnose an infection, because the presence of an infectious organism or virus does not constitute an infection or immune challenge.

I never heard the words asymptomatic or pre-symptomatic before covid19 was released into the world regarding any other disease or virus. Duh! You either have a strong immune system or a weak immune system. You’re either infectious or you’re not. And it will be a cold day in hell before anyone can convince me that I’m spreading a virus when no liquids are flowing from my body into someone else’s lungs and bloodstream. And I’m not sharing drug needles with anyone either. I’m sure that the covid19 virus is real. However, I will not be hoodwinked into believing I have… Read more »