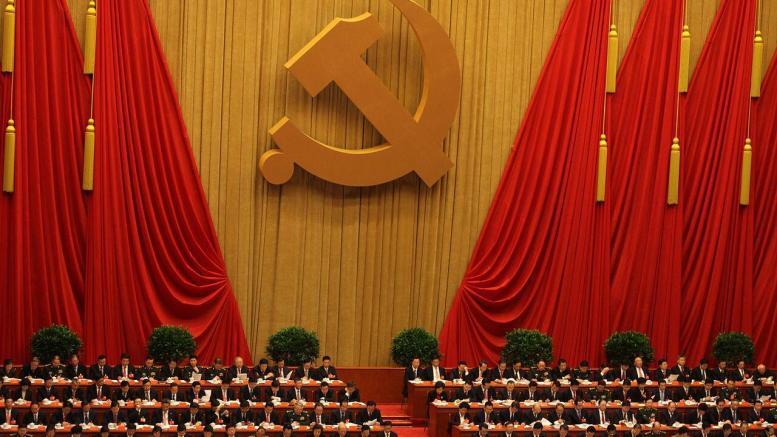 Please Share This Story!
PDF 📄
China spreads its tentacles of Technocracy by taking over sections of the United Nations and then using that influence launch propaganda campaigns in the rest of the world. This is not incidental but rather existential to the United States. ⁃ TN Editor

Officials and experts are sounding the alarm about the threat posed by Beijing’s outsized influence in international organizations, part of its “global governance” agenda.

With a newly updated list of communist Chinese nationals in leadership positions within the United Nations and beyond, critics are calling for concrete action to rein in Beijing.

Out of 15 specialized U.N. agencies, for instance, four are under the leadership of Chinese officials—and that just scratches the surface.

At least one senior former official in the Donald Trump administration, former Assistant U.S. Secretary of State for International Organization Affairs Kevin Moley, told The Epoch Times that this ongoing takeover represents “the greatest existential threat to our republic since our founding.”

“This is the fight of our lives,” he added. “It is a struggle between Western civilization and the Communist Party of China.”

A new report by the U.S.-China Economic and Security Review Commission (USCC), released in April, showed that the Chinese regime’s grip on international institutions is tightening quickly.

“Since the U.S.-China Commission began tracking officials from the People’s Republic of China serving in leadership positions in international organizations, Beijing’s influence has only grown over key U.N. agencies responsible for funding and policymaking on a wide range of important issues,” the U.S.-China Economic and Security Review Commission told The Epoch Times in a statement.

“Contrary to the International Civil Servant Standards of Conduct, they [Chinese officials who lead U.N. agencies] use those positions to pursue China’s foreign policy goals,” the Commission added.

Through its growing influence at the U.N. and other international organizations, Beijing is pursuing its own interests, including greater global influence and control, according to the Commission.

“China has steadily promoted positions favoring Beijing’s own interests and views, such as internet governance, technical standards for emerging technologies, and economic development overriding human rights concerns,” the organization said in the statement.

Experts and officials who spoke with The Epoch Times, though, warned that the USCC report does not capture the full extent of the problem.

Congress and the administration must take action, they said.

Take for example, Chinese official Meng Hongwei, who was president of the global law-enforcement agency Interpol and former vice minister of China’s public security. He was arrested by the regime while on a trip to China in late 2018. Among his alleged crimes was disobeying Communist Party orders.

PLEASE ELIMINATE the word ‘EXPERTS’ from the titles of your articles. That word now MEANS NOTHING! Wait….I take that back!….it now means ‘PAID-FOR PROPAGANDA’!!
One of my top 5 HATED words is ‘EXPERTS’!! (#1 is ‘SAFE’!)

This is just another good reason to quit being in the UN and to evict them as soon as possible from NYC. It would be easy to confiscate their building in payment of parking and other fines they have avoided paying with diplomatic immunity they would cease having if they were declared persona non grata.

The Epoch Times is part of a “new religious movement” called Falun Gong though they backed Trump, conservatism was based on the Bible and hopefully Epoch’s tentacles are not helping in the growing apostasy. Try to find out about the people who write for Epoch such as Jan Jekeilek for example, and good luck. Conservatism has left the Bible behind in most cases, and is a mix and match of all religions and sexual orientations including atheism. (2 Corinthians 6:14-18). See here: https://en.wikipedia.org/wiki/The_Epoch_Times