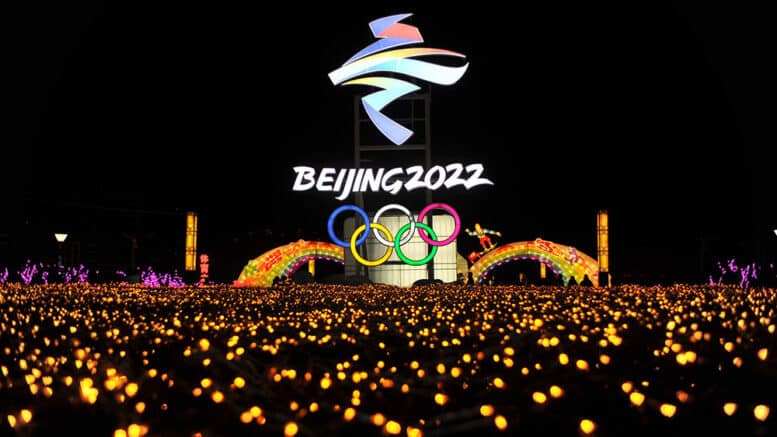 Posted By: Dorothy Li and Joshua Philipp via The Epoch Times February 1, 2022

Please Share This Story!
PDF 📄
Technocrats in China have long been collecting Western DNA from the United States, Canada and Europe. Now, they have direct access to the DNA of top athletes. Futuristic military applications include development of advanced bioweapons that specifically target non-Asian races. ⁃ TN Editor

Sealed from the rest of Beijing in a “closed-loop” bubble, over 200 American athletes are receiving daily COVID screening for the Winter Olympics. But some experts worry that U.S. Olympians’ DNA might be collected by the Chinese Communist Party (CCP).

“They [CCP] are doing the testing every day … and [there’s] absolutely no oversight over the use of the products that they’re getting,” Adams said during a Jan. 26 webinar on EpochTV’s “Unmasking Communist China” program.

In the online event, Stephen Yates, chief executive of consultancy firm DC International Advisory, spoke of the threat posed by the Chinese regime’s mass collection of personal information and health data. U.S. officials and experts have previously sounded the alarm that Beijing is amassing a large database that includes Americans’ personal and health information, which could be used to enhance artificial intelligence systems and fields of medicine, as well as assist in espionage and military operations.

The danger, Yates said, lies in the CCP using the mass data set for unethical purposes.

“China has weaponized artificial intelligence and a lot of other studies of the human process in ways that civilized countries wouldn’t even allow, so we don’t have any way to really know what this dark window of the future might be,” he said.

According to Yates, CCP may use the massive data set to give their athletes a competitive advantage or increase opportunities for psychological warfare.

The Winter Olympics is set to open in Beijing on Feb 4. The diplomatic boycotts announced by the United States and a spate of other countries, which is meant to hold the communist regime accountable for its human rights violations in Xinjiang, don’t keep athletes from competing at the Games.

The U.S. athletes arrived in Beijing on the evening of Jan. 28, and were sent straight to hotels situated in a closed-loop system surrounded by wire fences. Everyone in the bubble can only leave via special vehicles, and staff in full protective suits carry out mouth swabs on them every day.

In the online event, Adams suggested that the CCP may “get rid of an American who’s the likely winner of the gold” through what she described as “nefarious means using false positive COVID test.”

Beijing’s Olympic organizers on Jan. 29 denied reports that they may potentially manipulate COVID test results, saying that the tests are up to international standards, according to state media China Daily.

It’d be great if the Illuminati Olympics were dissolved.

“…CCP may use the massive data set to give their athletes a competitive advantage or increase opportunities for psychological warfare.” Seriously? I doubt that would be their central interest. The CCP is a totalitarian government. They would use any athletes’ DNA for far worse purposes. Most of which I could not fathom. Can anyone say COVID? The Chinese are not just complicit in the spread of covid. The virus was traced back to their Wuhan lab. Its release was with the approval of the usual suspects, globalists, who ceased control of our tax dollars for the purpose of funding Wuhan… Read more »