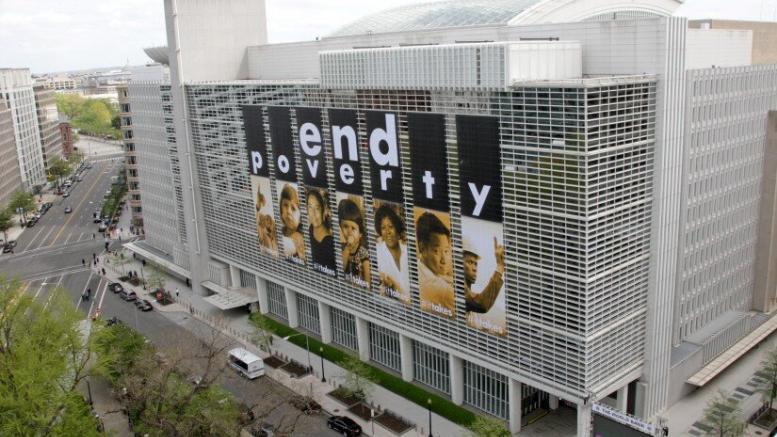 Please Share This Story!
PDF 📄
The World Bank has spoken. As a primary agent of implementing global Technocracy, its report underscores the enormity of shutting down the planetary economic system. Simultaneously, the World Economic Forum has called for a complete “reset”. ⁃ TN Editor

The coronavirus pandemic inflicted a “swift and massive shock” that has caused the broadest collapse of the global economy since 1870 despite unprecedented government support, the World Bank said Monday.

The world economy is expected to contract by 5.2 percent this year — the worst recession in 80 years — but the sheer number of countries suffering economic losses means the scale of the downturn is worse than any recession in 150 years, the World Bank said in its latest Global Economic Prospects report.

The depth of the crisis will drive 70 to 100 million people into extreme poverty — worse than the prior estimate of 60 million, she told reporters.

And while the Washington-based development lender projects a rebound for 2021, there is a risk a second wave of outbreaks could undermine the recovery and turn the economic crisis into a financial one that will see a “wave of defaults.”

Economists have been struggling to measure the impact of the crisis they have likened to a global natural disaster, but the sheer size of the impact across so many sectors and countries has made that difficult.

Under the worst-case scenario, the global recession could mean a contraction of eight percent, according to the report.

But Pazarbasioglu cautioned: “Given this uncertainty, further downgrades to the outlook are very likely.”

Meanwhile, a group of American economists who are the arbiters of when a recession starts and ends said Monday the United States entered a downturn in February, ending 128 months of uninterrupted growth, the longest streak in history.

But the Business Cycle Dating Committee of the National Bureau of Economic Research (NBER), a non-profit, non-partisan research organization, called the current situation in the world’s largest economy “unprecedented” due to the severity of the drop in employment and production, even if it might turn out to be shorter than other recessions.

Came in last night, Was presented with a big nasty looking warning…. Knew it was a trick..

I guess you must be hitting the mark too much lately…

Keep up the Great work.

With all the presidential hoopla about China, it is not part of the World Economic Forum or the World Bank.

The economic collapse was planned circa 2012 by Obama who was told the market was over heated. He is alleged to have to subvert the Constitution to form a Socialist Republic. Economist Peter Gunther predicted the 2019 collapse https://medium.com/@edwardagreenhalgh/covid-19-world-economic-collapse-under-the-rule-of-law-the-lock-downs-are-illegal-and-not-a-real-556c4b9b4ca8