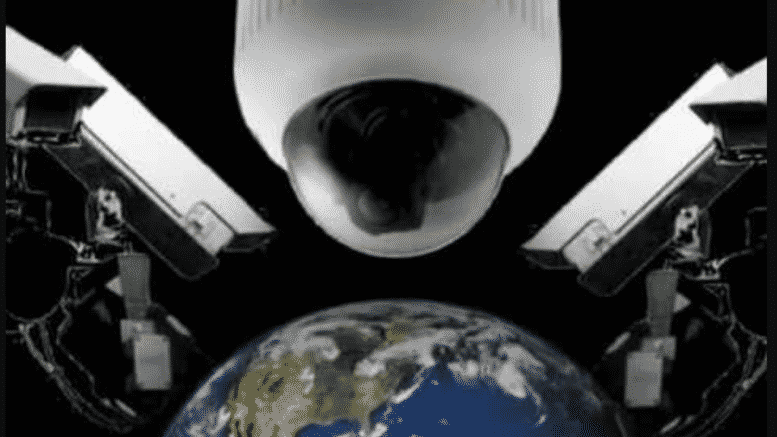 Please Share This Story!
PDF 📄
Total surveillance in Smart Cities has not been curtailed in the slightest as new tech is rolled out to police forces around America. Components like sensors, cameras, license plate readers, CCTV and more are being rolled up into a single surveillance sledgehammer for police, DHS, Fusion Centers, etc. ⁃ TN Editor

A four year old video from Wi-Fiber Technology does not even come close to telling the whole story of how law enforcement and Fusion Centers can use this product to secretly monitor Americans.

At approximately the 1 minute mark of the above video, Wi-Fiber offers a glimpse into how government agencies use their product to “improve public safety and emergency response in real-time.”

A look at Wi-Fiber’s website reveals next to nothing about how their “Self-Forming, Modular, Autonomous, Real-Time, Turn-Key” (S.M.A.R.T.) product is used. Which opens up a ton of questions.

Readers are left guessing as to how and why law enforcement would want to use S.M.A.R.T. until you start to read between the lines.

You see, S.M.A.R.T. is really just an acronym for smart cities and everything it entails. Wi-Fiber uses Smart Mesh, Edge Computing, Inter-Operability, Visualization, Cloud and G.A.R.I.2.  The G.A.R.I.2 PowerPoint Presentation reveals exactly why police are so excited to purchase Wi-Fiber.

All of these smart city devices are designed to do two things, be accessible by one platform and provide intelligence in real-time. As Canton, Ohio Police Chief  Jack Angelo said, “the more and more we dug into it, we saw that it was going to be probably more of a cost-effective solution.”
A recent Columbus-Dispatch article was a little more revealing.

“Wi-Fiber technology has proven more useful to police than the ShotSpotter system it replaced,  “We get a lot more out of cameras and license plate reading than we do out of the shot detection,“ Chief Angelo said.”

How are police departments getting more intelligence out of Wi-Fiber than license plate readers and ShotSpotter? Because Wi-Fiber allows law enforcement to use CCTV cameras in ways they could only dream about years ago.

“We’ve had alerts on stolen cars from the license plates readers, even able to follow the cars on the cameras, and we’re able to make arrests without pursuits,“ Angelo said.

Chief Angelo also mentioned that they used Wi-Fiber to monitor protesters “at a distance for a less visible police presence.” But would not get into specifics, because as he put it “they’re still going through the justice system.”

Could the reason he refused to divulge more specifics be that the Canton Police Department is using Wi-Fiber to illegally monitor innocent people? Or could it be that he does not want the public to know that the Department of Justice is funding public surveillance through “Project Safe Neighborhood” (PSN) grants? Both are questions that need to be answered.

As the Columbus-Dispatch mentioned, the Canton Police Department received two DOJ grants totaling $47,800, which will fund an expansion of cameras, license plate readers and shot-detection devices.

What makes Wi-Fiber so attractive to law enforcement is that it is similar to Stingray devices; it is portable and can be moved at a moments notice, making it nearly impossible for the public to know if police are using it to illegally monitor innocent people.

Since 9/11, the Feds have been hard at work trying to create a national surveillance network ‘for our safety.’ And with Wi-Fiber Technology they might have finally succeeded. A new study by Safety.com revealed that CCTV cameras record every American at least 238 times a week, or more than 12,000 times every year!

“Homeland Security Secretary Jeh Johnson on Wednesday ordered the cancellation of a plan by the Immigration and Customs Enforcement agency to develop a national license-plate tracking system after privacy advocates raised concern about the initiative.”

An important tidbit, that has been mostly ignored by the mass media, is law enforcement’s involvement in helping create the DEA’s national license plate reader program.

In 2015 I wrote an article exposing law enforcement’s role in funneling license plate to the Feds.

“The DEA has gathered as many as 343 million records in the National License Plate Recognition program, which connects DEA license plate readers with those of other law enforcement agencies around the country.”

From repo companies to license plate reader companies like Rekor Systems, Vigilant Solutions and Flock Safety a vast database of more than 14 billion license plates have been recorded.

Our cities have become world leaders in public surveillance as a result of the many surveillance cameras in America.  Readers should note that since the pandemic, Americans have seen a proliferation of facial recognition/thermal imaging cameras spreading across the country.

While all of this has been going on, the Feds have been hard at work turning our cities into mini-CIA smart cities.

In 2017, the CIA’s “Signature School”, the University of New Mexico, has been helping turn our cities into smart cities. Not to be outdone, the U.S. Marine Corps also has their dirty hands in smart cities.

Last year, the U.S. Marine Corps signed a memorandum of understanding to work with the city of San Diego in turning street lights and the IoT into smart city surveillance devices.

In San Diego’s case, smart streetlight’s are being used to create a public watchlisting network, which brings us to Wi-Fiber.  With Wi-Fiber, Big Brother now has the necessary tool to connect a hodgepodge of separate police surveillance networks into one cohesive public surveillance network.

In part 1, I mentioned how Wi-Fiber allows police to secretly monitor protesters “at a distance for a less visible police presence,” and it allows law enforcement to secretly follow vehicles as they travel throughout the city of Canton, Ohio. Part 1 also revealed how law enforcement can use Wi-Fiber to identify and track pedestrians and any items or clothing they may be carrying or wearing, which really only touches the surface of just how invasive police surveillance has become.