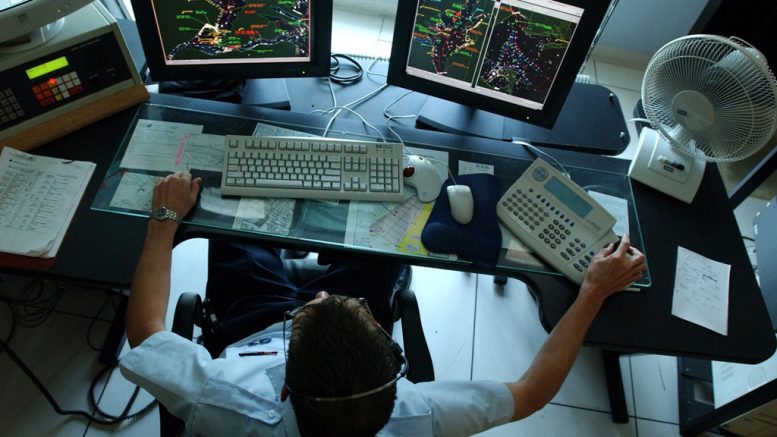 Eventually every company and all of society will be dragged into this surveillance-crazed Internet of Things. Those who refuse to participate will be heavily discriminated against. This is the heartbeat of Technocracy, and it is closing in fast. ⁃ TN Editor

Alice — not her real name — would prefer not to surrender her biometric data just to get a candy bar, but it’s the preferred option in the break room. She could input a personal code, instead, but either way everything she orders from the machine will be tracked. She’s not sure exactly where the data goes — or what it will be used for.

Maybe snack-tracking isn’t such a big deal, considering that all her colleagues are wearing Fitbits — their data automatically sent to a third-party company contracted by her employer. Or considering that once a year, they’re required have a full blood workup, through yet another third party. If Alice opts out, her health insurance gets more expensive. She isn’t sure where that data goes either, or even if it’s shared with her employer.

“Everything seems like a black box,” she said. “I’m mostly just confused, because nobody seems to bat an eyelash. Everyone signs up for the blood tests and a significant portion are walking around with fitness trackers.”

Alice describes her office as a “panopticon” — a structure built for total surveillance. Your office may be one, too. Whether through “voluntary” corporate wellness programs, smart badges that record voices and GPS locations, or surveillance apps in their mobile phones and personal computers, Americans are offering up more and more personal data at work. Most of them don’t have much idea of where that data goes, or how it will be used — and there aren’t that many limits on what employers can find out about their employees, or what they can do with the data. The more people who opt in now, the harder it will be to opt out in the future.

And it’s about to get much worse.

In January, new rules went into effect allowing third-party wellness companies to share much more medical data with employers. And a bill currently moving through Congress would make it legal for employers to force workers to share their entire DNA sequence, taking employee scrutiny to a previously-illegal level — while also allowing companies to punish workers who don’t comply.

Wellness programs are perhaps the most common way for employers to gain access to their workers’ intimate data. These programs have flourished over the last few years, after a clause in the Affordable Care Act raised the limit on how much companies could offer in incentives.

A 2013 congressionally funded study by the RAND think tank found that just over half of all organizations with 50 or more employees had wellness programs, and that number has almost certainly climbed since then. Last year, a survey of larger companies by brokerage and consultancy firm Willis Towers Watson found that a third of them offered Fitbits or other fitness trackers to their workers — a percentage that could increase to half by next year. And another marketing firm estimated that 202 million Americans are wearing fitness trackers handed out by their employers.

For now, this kind of program is “voluntary.” But participants at her company are rewarded with discounts of up to 25 percent on their health care, plus $250 gift certificates for racking up a certain amount of fitness points.

“How voluntary is it?” asked Lee Tien, a senior staff attorney for the Electronic Frontier Foundation, a nonprofit civil liberties organization that focuses on technology. In a workplace situation, he said, the politics of peer pressure can combine with pressure from a boss to make a voluntary choice less voluntary. “If everyone says, ‘Hey, you should be doing this [tracking program],’ it’s no more voluntary than ‘Hey everyone else is contributing to XYZ charity,’ or ‘Hey we’re all putting in a thousand dollars in so-and-so’s political action committee,’” he said.

And as monetary “incentives” for participants rise in value, they start to look more like punitive measures for nonparticipants.

“Instead of, ‘Participate and get a company hat,’ it’s now ’We’ll give you $500,’” Slomovic said. (In some cases, like that of a Wisconsin plastics worker, outright punitive measures are used: participate or lose your insurance.)