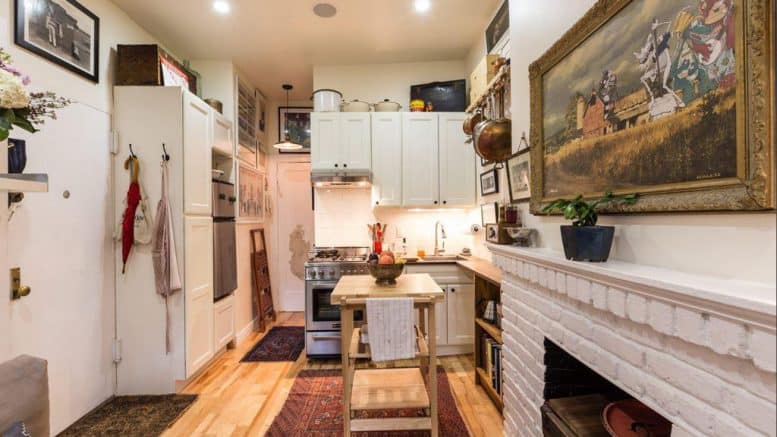 The New Urban Agenda and leaders at the World Urban Forum say that the future of city living is micro housing where 250-400 square feet and a place at the communal table. This is what is meant by the buzz-word ‘densification’.  ⁃ TN Editor

The trend for communal living and micro housing that is appearing in cities worldwide is not just for millennials or singles anymore.

Two full-scale prototypes of the 21st-century housing concept which opened to the public here today at the World Urban Forum (WUF9) Village drew the attention of families and retirees too.

“When we talk about communal living, we would have single occupancy in mind because families would not have much time to interact with others, and we felt it would be more accepted by the younger generation.

“However, we did receive enquiries from older couples as well as they are open to the concept of creating a community,” Think City Sdn Bhd programme manager Joanne Mun told reporters at the installation on Medan Pasar here.

Opened to the public for the first time at 10am today, Mun said about 200 visitors had dropped by to see the micro housing installations.

“It is encouraging to see the interest shown by the public as we had received many positive feedback. We would like to see more people come over to give their input,” she said.

She added the shared-living concept proposed by the Kuala Lumpur City Council (DBKL) and Think City aims to bring back the “kampung spirit” to the city, where members of the community are always open to helping each other out.

“City life is very fast-paced and people are usually too busy, which reflects less interaction between neighbours.

“Apart from creating a community, this concept is also to look into adaptive use of vacant buildings. In the last three years alone, we have seen many big corporations and small businesses moving out of the city, leaving many commercial spaces vacant,” she said.

Mun said the two micro houses on display, shortlisted from six design applications, were selected based on 10 different criteria.

“The design had gone through a fair process and was reviewed by a panel. Some of the criteria that was looked into include affordability, buildability, efficiency, layout, and to be able to address two key points — ability to be installed and uninstalled, as well as a standalone pavilion exhibition.

Folks, it’s so blatantly obvious that UN NWO are moving quickly before too many people know the truth about their evil agenda. They plan to gradually move everyone into big cities, in tiny accommodations where their needs for food, water, housing, medicine etc. are supplied eually to all and carefully monitored.