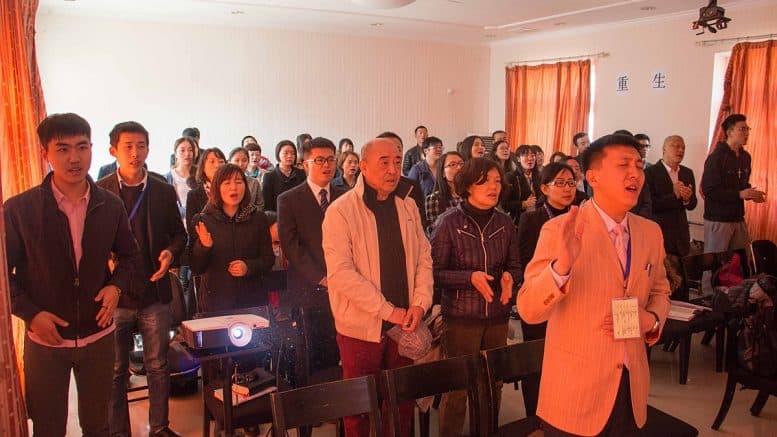 Please Share This Story!
PDF 📄
As a Technocracy, Chinese Technocrats want no competition for societal influence, especially churches and Christianity, which they believe is fantasy and myth. China’s draconian surveillance system will make for easy management of this new policy. ⁃ TN Editor

The instruction is part of a new set of communist party-controlled regulations on religious activities that went into effect on February 1 and is aimed at preventing children and young people from getting religious instruction or taking an active part in Christian worship.

According to a report Thursday from ucanews, the leading independent Catholic news source in Asia, authorities have begun enforcing the government ban on minors in church in several regions, while forcing a number of Protestant house churches in Henan province to close.

The new regulations are an expansion of bans already tried out in certain regions. As Breitbart News reported last August, communist officials had already issued “notices” to over a hundred churches in Wenzhou, within the largely Christian Zhejiang province, informing Christians that children are no longer permitted to enter any church. The notices stated that minors attempting to enter a church would be turned away at the door, even if accompanied by their parents.

“Minors receiving religious education and formation too early in churches would seriously affect the normal implementation of the education system,” said the Ouhai district’s notice.

Failure to comply with the new regulations will result in churches being shut down, according to threats from government officials.

As one blogger noted, churches have become the third type of venue restricted to adults only, joining night clubs and internet cafés.

At the same time, enforcement on the ban on minors in church is being enforced more strictly even than the other two. “When minors enter internet bars, the government and police turn a blind eye. However, they are becoming very strict in prohibiting minors from entering religious venues. It is ridiculous,” said a Catholic in central China, identified only as “Peter.”