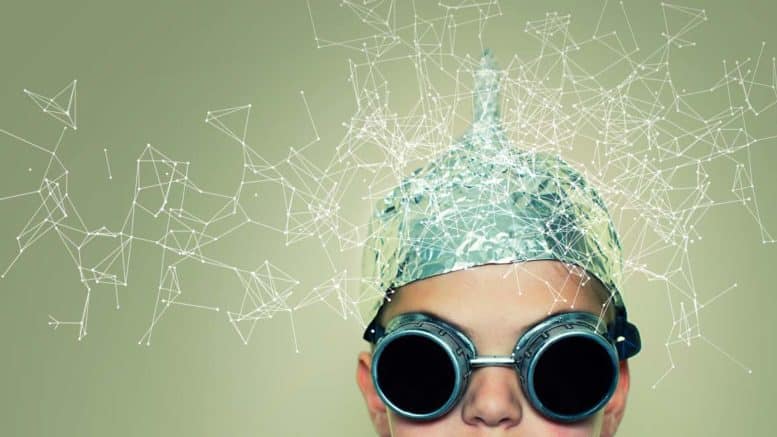 Please Share This Story!
PDF 📄
Just wait until police get ahold of this technology and require you to ‘don the helmet’ during routine traffic stops. Oh wait, this is only Facebook, not the government. ⁃ TN Editor

For those of us who worry that Facebook may have serious boundary issues when it comes to the personal information of its users, Mark Zuckerberg’s recent comments at Harvard should get the heart racing.

Zuckerberg dropped by the university last month ostensibly as part of a year of conversations with experts about the role of technology in society, “the opportunities, the challenges, the hopes, and the anxieties.” His nearly two-hour interview  with Harvard law school professor Jonathan Zittrain in front of Facebook cameras and a classroom of students centered on the company’s unprecedented position as a town square for perhaps 2 billion people. To hear the young CEO tell it, Facebook was taking shots from all sides—either it was indifferent to the ethnic hatred festering on its platforms or it was a heavy-handed censor deciding whether an idea was allowed to be expressed.

Zuckerberg confessed that he hadn’t sought out such an awesome responsibility. No one should, he said. “If I was a different person, what would I want the CEO of the company to be able to do?” he asked himself. “I would not want so many decisions about content to be concentrated with any individual.”

Instead, Facebook will establish its own Supreme Court, he told Zittrain, an outside panel entrusted to settle thorny questions about what appears on the platform. “I will not be able to make a decision that overturns what they say,” he promised, “which I think is good.”

All was going to plan. Zuckerberg had displayed a welcome humility about himself and his company. And then he described what really excited him about the future—and the familiar Silicon Valley hubris had returned. There was this promising new technology, he explained, a brain-computer interface, which Facebook has been researching.

The idea is to allow people to use their thoughts to navigate intuitively through augmented reality—the neuro-driven version of the world recently described by Kevin Kelly in these pages. No typing—no speaking, even—to distract you or slow you down as you interact with digital additions to the landscape: driving instructions superimposed over the freeway, short biographies floating next to attendees of a conference, 3D models of furniture you can move around your apartment.

The Harvard audience was a little taken aback by the conversation’s turn, and Zittrain made a law-professor joke about the constitutional right to remain silent in light of a technology that allows eavesdropping on thoughts. “Fifth amendment implications are staggering,” he said to laughter. Even this gentle pushback was met with the tried-and-true defense of big tech companies when criticized for trampling users’ privacy—users’ consent. “Presumably,” Zuckerberg said, “this would be something that someone would choose to use as a product.”

In short, he would not be diverted from his self-assigned mission to connect the people of the world for fun and profit. Not by the dystopian image of brain-probing police officers. Not by an extended apology tour. “I don’t know how we got onto that,” he said jovially. “But I think a little bit on future tech and research is interesting, too.”

Of course, Facebook already follows you around as you make your way through the world via the GPS in the smartphone in your pocket, and, likewise, follows you across the internet via code implanted in your browser. Would we really let Facebook inside those old noggins of ours just so we can order a pizza faster and with more toppings? Zuckerberg clearly is counting on it.