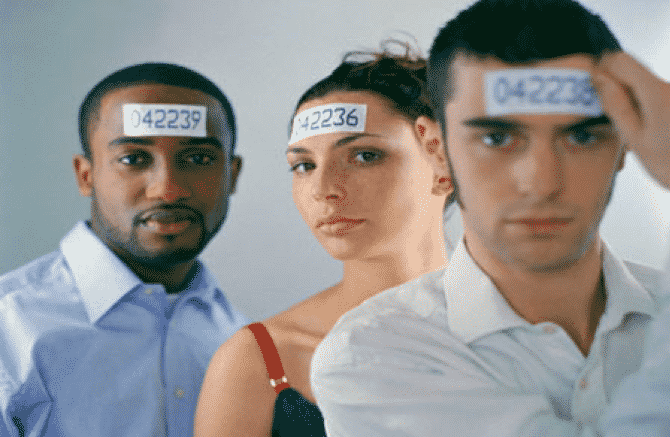 Please Share This Story!
PDF 📄
At its root, Technocracy is based on Scientism and Logical Posivitism that invalidates all knowledge except scientific knowledge. See Technocracy Rising: The Trojan Horse of Global Transformation for a detailed examination of these errors. ⁃ TN Editor

The rise of technocracy is intertwined with data and data collection. These activities are the very heartbeat of our technocratic society. We are now members or rather slaves of the technocrat’s dream, a number. Everything and everyone is quantified, a number registered in a technocrats computer in which they are maneuvered and manipulated, usually without their knowledge. Think about a society in which a family who adopt a child end up knowing more about the child than natural parents. For those of you who think that is important, consider that people raised children of their own and those of others throughout history without that information. Being a parent and raising children has nothing to do with numbers and everything to do with humanity and retaining your soul. So much literature is about the struggle people have with that retention. Increase in this type of literature reflects the growing battle and sadly indicates we are losing.

Application of numbers to society began with the introduction of statistics in the early 20th century. I will use climate as a good example of this development but link it across the wider society.

Many scientists deride the involvement of social scientists in climate studies. They claim it is a math and physics number problem, with no need for ill-informed social scientists. Despite that claim, the application of physics and numbers has not improved the accuracy of forecasts.

Ironically, science brought this on themselves when they used science to defeat religion. More narrowly, they used Darwin’s theory of evolution, although Darwin, as an atheist, likely would support the move. By replacing religion, in this case Christianity, they removed God and the reason for people being so remarkably different than all the other species. Academia filled the intellectual vacuum this created with an entirely new faculty called the Social Sciences. It joined the Humanities and the Natural Sciences but became a single focus faculty with detailed studies of people and their behavior. I call it human navel-gazing.

It was already the largest faculty on most campuses by the 1930s but suffered a justified inferiority complex as a shallow and unnecessary development in learning. For example, somebody said about sociology that they were trying to prove scientifically what your grandmother already knew. The title “Social Sciences” and the word “scientifically” underscores their problem. Scientists say it is not a science and Sociologists tried to make it a science by applying statistics. They were so inept they had to create a book of statistical tests titled Statistical Package for the Social Sciences. (SPSS). All you had to do was plug in the data without any knowledge of what was needed or what the results were telling you.

The big difference that really distinguishes the Social Sciences as unscientific is in the ability to predict. Science is easily and completely defined as the ability to predict.  If, your predictions are wrong your science is wrong. In Social Sciences a prediction invalidates itself. For example, if an economist does a study of a community and makes predictions on the findings, the leaders in the community will read it and make adjustments that invalidate the predictions. That cannot happen in science.

In climate, application of statistics began with averages. Climate is the average of the weather in a region or how it changes over time. and explains what it is in a region. That was the first application in society. Suddenly, we saw and heard about averages everywhere. People were identified as above or below average with glory or stigma applied. Bureaucracies and businesses began to group the people for planning purposes. Already, the individual was subsumed as just one component of the average. Consider the information that appeared at the time that there are, on average, 2.6 children per family. I am proud to be the 0.6 child in my family. Emotionally, it is better than being the ‘middle’ child.

The next development came from a need to make predictions for planning and social engineering as modern postwar societies evolved. It was the evolution of simple trend analysis, a pattern that still dominates as the recent assumption that house prices and stock markets would continue to trend upward, proves. What’s interesting is how this mentality persists despite recent evidence of downturns or upturns. The application of trends to climate data began in the 1970s with the prediction of a coming ice age as temperatures declined from 1940. When the temperature turned to warming in the mid-1980s we were told, again simplistically and incorrectly, it would continue unabated. In addition, they now knew human CO2 was the cause and since it would continue to increase because of human additions the upward trend was certain to continue. Like all previous trends it did not last as temperatures trended down starting in 2000. Instead of recognizing that this was a normal statistical trend they chose to change the name from global warming to climate change.

The most recent trend in climate change allowed them to accommodate the third variable of statistics, variation. In recent years, weather has become more variable particularly from month to month and year to year. Authorities exploit this pattern to say, incorrectly, it is evidence of their claim of human-caused global warming. No, it isn’t. It reflects that there is pattern of climate not seen for 60-years.

One of the objectives is to adjust the data so that it masks evidence or confirms or appear to confirm its political position. A good example is the practice of smoothing the graph. You see this practice in almost all graphs and a climate one illustrates the major problem. 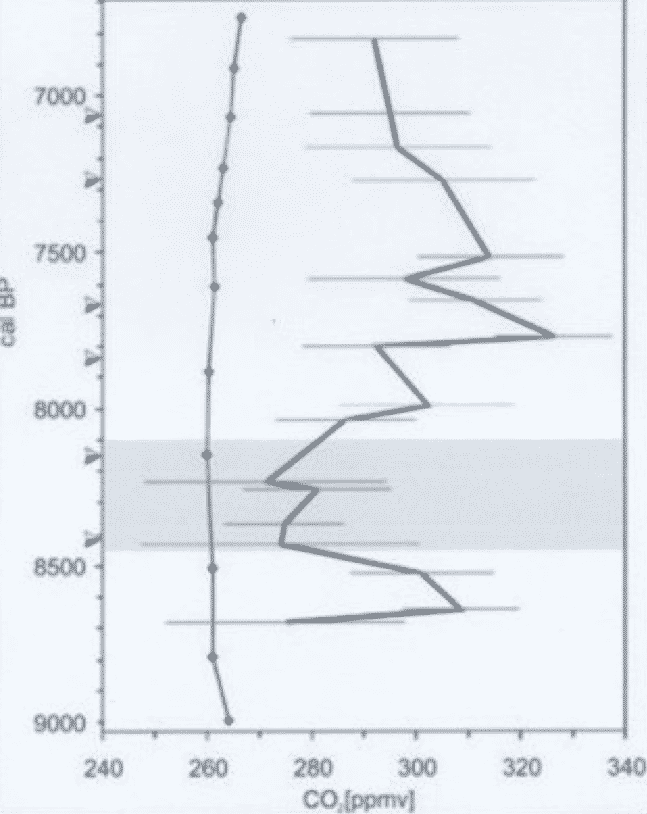 The figure shows two measures of atmospheric CO2 for 2000 years between 7 and 9000 years ago. The one on the left is the record from bubbles in the ice. The other is the measure from fossilized tree leaves. They actually measure the size of the holes in the leaf called stomata. These are like your nostrils and their size varies with the amount of CO2 in the atmosphere. Even though they are a more precise measure they are made to look better because a 70-year moving average was applied to the ice core data. It removes all the variability and all the important and unique characteristics of the data.

The application of numbers and statistics to everything quickly reached a peak in the early 20th century with a philosophical movement called logical positivism. In simple terms, it implied that everything could and should be quantified and measured. It created a brief intellectual opposition with scientific philosophers like Bertrand Russell and Alfred North Whitehead. The latter produced a quote that summarized their views.

“There is no more common error than to assume that because prolonged and accurate mathematical calculations have been made, the application of the result to some fact of nature is absolutely certain.”

“The whole problem with the world is that fools and fanatics are always so certain of themselves, and wiser people so full of doubts.”

And so, we stand on the verge of having capsules with electronic identity numbers injected under our skins as if, out of sight out of mind, it will make us lose sight of the danger to our freedoms. Of course, there are benefits to the identifiers and to the collection of data. However, this is always the major argument to cover the removal of individual power.

Governments expand their voracious need for data and subjugation of the individual constantly. In Canada the fine for not completing the census is $500 and 3 months in jail. In the US the fine is $100 but a form of emotional blackmail was attached.

“Originally, the census was meant to be a way to count everyone so that the members of the House of Representatives could be allocated properly to the states. Every 10 years there would be a count, and states with more people got more members in the House.”

The idea was they needed the information for planning and for the benefit of the people. It was taken a long way from that over the years to the point of almost total control of the people by the technocrats for the benefit of the government. I am not making a comparison about control with any present government, but we must never forget that the ultimate subjugation of people in history was symbolized by a tattooed number on the arm.