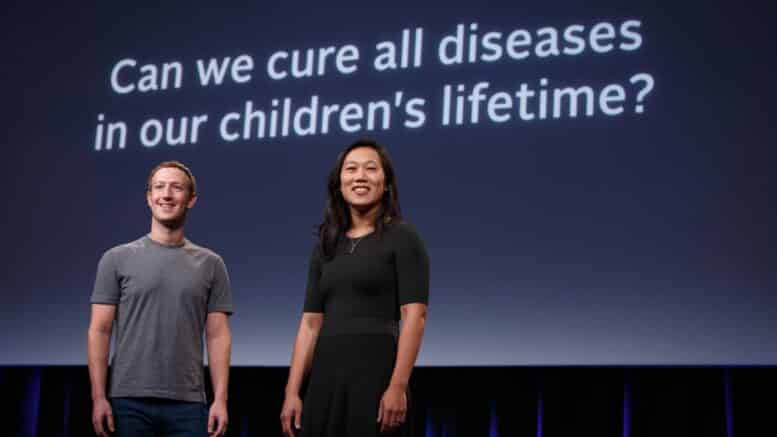 Please Share This Story!
PDF 📄
This interview reveals the enormous ego and ambitions of Mark Zuckerberg, founder of Facebook and Meta. He is definitely Transhuman-minded but thinks one way to get there is to cure all disease of the human condition. He also relates to the Bible where “In the beginning, God created…” ⁃ TN Editor

Facebook founder and Meta CEO Mark Zuckerberg has always been ambitious. But it seems as if his ambitions go even further than building the 3D ‘Metaverse‘, as he revealed in a recent podcast where he talked about his aim to help prevent or cure all disease.

In a wide-ranging interview with the Lex Fridman podcast, Zuckerberg said he would rather spend his billions on helping sickness worldwide, rather than trying to live forever.

Like Bill Gates, Zuckerberg runs his own philanthropic project, in his case the Chan Zuckerberg Initiative.

Explaining his motivation behind the £59 billion charity, Zuckerberg said:

“It was an intentional decision to not focus our philanthropy explicitly on longevity or living forever […] it is focused on what I think is a possible goal in this century which be able to cure prevent or manage all diseases.”

He told Fridman that he thinks people getting sick and dying is a ‘bad thing’, and he is dedicating ‘almost all’ of his money towards research in that area.

“I don’t actually ever know if you’re ever going to eradicate it but I think you can get to a point where you can either cure things that happen so people get diseases but you can cure them. Prevent is probably closest to eradication or just be able to manage ongoing things that aren’t going to ruin your life.

I think saying that there’s going to be no disease at all is probably not possible for the next several decades.”

He said: He said: “Why does the Bible start there?

“It could have started anywhere in terms of how to live, but basically it starts with talking about how God created people.”

Evil Zuck is not God! Meta is a prefix meaning; after, or beyond metacarpus CHANGE or metamorphosis. (Random House Dictionary). Like a butterfly which first was a worm but now is beautiful. God knew about this wicked generation: “The wrath of God is revealed from heaven against all ungodliness and unrighteousness of men, who hold back the truth in unrighteousness; Because that which may be known of God is manifest (shown) in them. For the INVISIBLE things of him from the CREATION of the world are clearly seen, being understood by the things that are made, even his eternal power… Read more »

Zuckerberg is a dim-wit reincarnate, steeped in material reductionism and technology, who hasn’t a clue about existence.

OMG, I think he’s an android, too!

He did say ‘ I used to be human.’ Personally, I don’t think this monumental nobhead has ever been human anymore than his facebook co-founder Dustin Muskovitz. For philanthropist read psychopath.

I thought that too many people living was the problem these Malthusians have appointed themselves to solve.

Suckerberg is an ANDROID!! There may have been an actual ‘Mark Suckerberg’, at one time….but they’ve bumped him off. Suckerberg HAS TO BE an ANDROID……just look into it’s EYES……they are completely VOID OF LIFE; DEAD eyes!!

(and if one does NOT think that there are, ALREADY, human-like ANDROIDS walking around?……you need to GROW UP!)

“…it is focused on what I think is a possible goal in this century which be able to cure prevent or manage all diseases.”

Oh yes, I DO understand Zuck. Profit-for-murder pays much more than anything you could have imagined. You made a boatload of money on the pandemic covid tool lie, you’re just doing what any red-blooded, colluding, conspiratorial, totalitarian, profiteer asshole would do–putting your winnings into ‘curing’ people with kill-shots you and your buddies call vaccines. You’ll make even more while you continue to lie like the dog you are.

Earth’s pre-Flood atmosphere was hyperbaric. Why lifespan was nigh 1K yrs. Doubt Zuckberger’s able to replicate that.

He is one of those, “New Young Leaders” from the WEF.

Yes, even the Devil quotes the Bible.