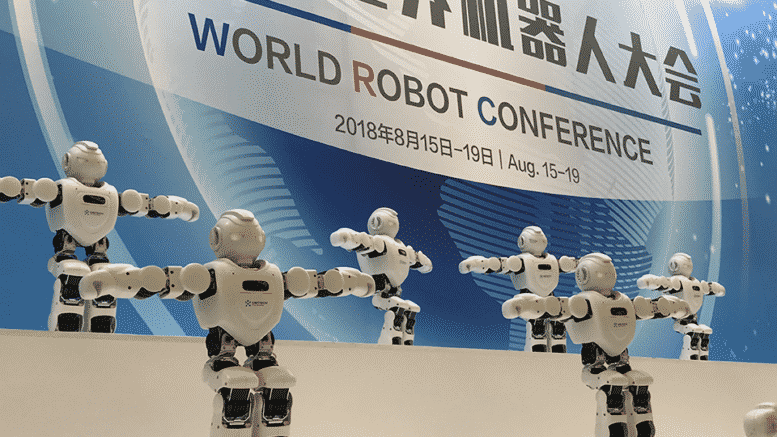 Please Share This Story!
PDF 📄
The largest robot convention in the world is held annually in Beijing. Every conceivable kind of robot from brain surgeons to warehouse pickers and personal service attendants will be showcased. ⁃ TN Editor

Cutting-edge robots are on display at the 2019 World Robot Conference in Beijing, running from August 20 to 25, are expected to attract nearly 200 guests from 22 countries.

The conference features a series of exhibition areas for new robotic technologies and products – including medical, multi-legged, and smart logistics – as well as four contests with an anticipated 4,500 professional participants.

Over 700 robots specialising with more than 21 industrial applications will be exhibited between now and the close of the conference.

Among those exhibiting will be HRG Robotics, whose, president Wang Meng, said: ‘We will be showcasing a string of successful companies which have got off the ground through the help of HRG, alongside our representative products at WRC 2019, as we aim to form new partnerships with companies around the world.’

Also on display will be SmartBird, created by German firm Festo, whose design was inspired by the herring gull and whose flight mimics that of the bird.

The ultralight flying drone was created with the best aerodynamics and maximum agility in mind and it is able to take off, fly and land under its own power.

Forward propulsion and lift are generated entirely by the beating of the SmartBird’s wings, which consumes just 23 watts of power – up to half of the power used by some laptops – even though the SmartBird weighs around 450 grams and has a wingspan of two metres.

SmartBird can fly for approximately 20 minutes on a standard rechargeable lithium battery, thanks to its low energy consumption.

The sequence of wingbeats and rotation is executed with a cycle time of just a few milliseconds and creates optimum conditions for the flow of air over the wing.

Thanks to its flow-optimised shape and lightweight construction using carbon fibre technology, the SmartBird is also an excellent example of the efficient use of energy.

Another robot on display will be Laikago, China’s answer to US robotic firm Boston Dynamic’s ‘robo-dog’ Spot.