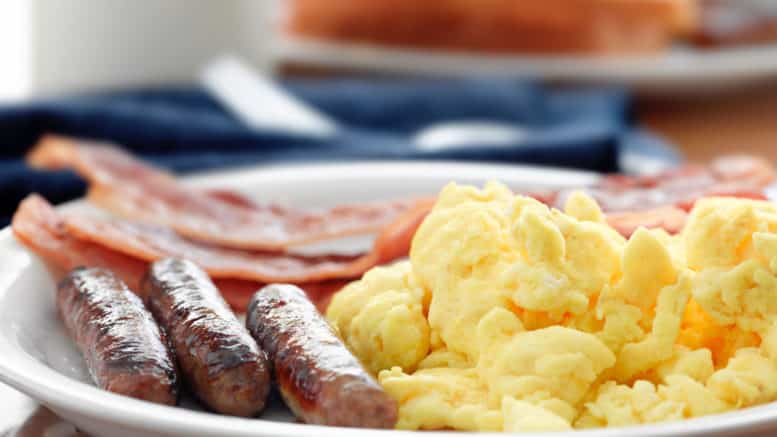 Please Share This Story!
PDF 📄
Virtually every major publication in the world is promoting anti-meat rhetoric to ‘save the planet’ but now it’s getting really personal as Keto dieters are pointedly shamed as ‘irresponsible’ stewards of earth. ⁃ TN Editor

The world cannot run on bacon and butter.

Aside from the fact that there are not enough pigs and cows on the Earth to feed every person in such a high-fat way, this kind of meaty diet is dangerous for both human health and our planet’s future.

That doesn’t stop people from trying.

“Eating a keto diet that’s especially high in red meat will be undermining the sustainability of the climate,” Harvard nutrition professor Dr. Walter Willett told Business Insider. “It’s bad for the person eating it, but also really bad for our children and our grandchildren, so that’s something I think we should totally, strongly advise against. It’s — in fact — irresponsible.”

Keto diets run on all different kinds of fat

Trendy keto diets are designed to make people run on fat, strictly limiting a person’s carbohydrates,so that the body switches into a fat-burning state called “ketosis.” In practice, this usually means no sugar, no wheat, no beans, and very little alcohol. Sometimes, it also means a lot of red meat.

But there isn’t a lot of evidence about whether fueling up on more saturated fats — bacon, butter, and cream are traditionally linked to health conditions like heart disease and higher cholesterol— might harm the long-term health of keto dieters. (That hasn’t stopped the keto diet market from exploding: annual keto-friendly food sales are projected to skyrocket to a $12.35 billion market worldwide by 2024, and butter sales, especially of fancy versions like those from grass-fed cows, are on the rise too.)

Willett says he thinks people can be healthy on a keto diet, and that one of the best ways to go high fat may be to model the Greeks.

“It’s pretty easy when you’re in some place like Israel or Greece with so many good vegetables and healthy oils and fish to have a pretty healthy low carbohydrate diet,” he said.

Both keto aficionados and Willett agree: there’s something wrong with the way most people are eating. We could all stand to replace refined carbohydrates like white bread, snack cakes, and sugary drinks with more good fats and fresh produce.

But replacing carbs with more saturated fats doesn’t always align with a planet-friendly way of eating.

Unlike olive oil, many fat sources that are solid at room temperature, like bacon fat, butter, and beef tallow, come from animals, not plants. To cultivate those fat sources, farmers need a fair amount of real estate for cows and pigs to roam.

A United Nations report released just last week suggests the world’s beef-heavy consumption patterns are taking a serious toll on the health of our planet: food systems are now responsible for 37% of greenhouse gas emissions, and cow manure is a major part of that equation, as it releases large amounts of climate-changing nitrous oxide and methane into the air.

There are things eaters can do to change that. A report Willett himself authored for the EAT Lancet commission earlier this year suggested that people around the globe should double their intake of “fruits, vegetables, nuts and legumes ” while cutting red meat and sugar intake by at least 50% in order for the globe to remain healthy and well-fed.

I’m a veg-head. I eat no flesh food and avoid most animal products, not because I’m all-in with the Green crazies. I find them tedious and a bit stupid (eye roll). No, I was born to eat veggies–made my mother crazy. She thought I’d sicken and die without meat because the US GOVERNMENT TOLD HER SO. I fought a number of high-end doctors in my youth who told me the same thing. You’ll get sick as you age if you don’t eat meat. NOPE! Not true. I’m quite well. The physicians had bought into the US diet pyramid and pushed… Read more »

Keto is the best thing to happen to me and many people I know. The irresponsible ones are those trying to push us back onto the grain-fed plantation, to grow fat and sick.