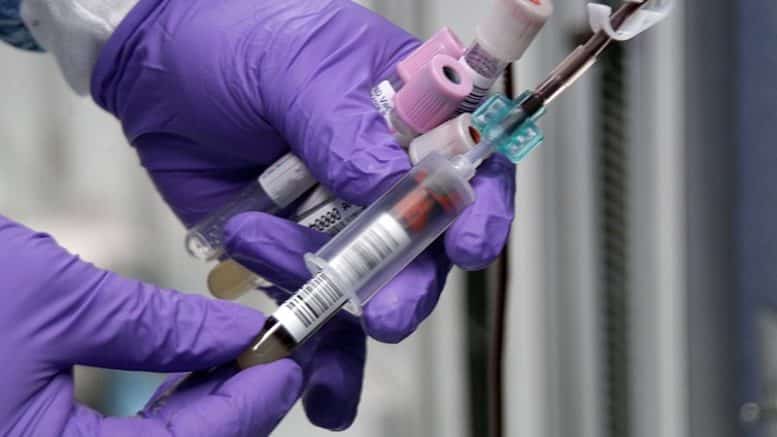 Please Share This Story!
PDF 📄
Technocrats invent because they can, without regard for ethical or moral boundaries. Just wait until life and health insurance companies get ahold of these tests to accept or deny coverage.  ⁃ TN Editor

Scientists from the Max Planck Institute for Biology of Ageing have developed a new blood test that can predict whether you’ll die within the next 10 years.

While it’s not exactly the most cheerful thought for a Wednesday morning, one day, all of us will die.

But if you could find out exactly when you’ll die, would you want to know?

Scientists from the Max Planck Institute for Biology of Ageing have developed a new blood test that can predict whether you’ll die within the next 10 years.

The test relies on biomarkers in the blood linked to various factors that appear to affect your risk of death.

An analysis of the participants’ blood revealed 14 biomarkers that were associated with an increased risk of death.

These biomarkers were linked to various factors, including immunity, circulating fat, inflammation and glucose control.

This suggests that in the future, a sample of your blood could be analysed for the presence of these biomarkers, to indicate when you’ll die.

In the study, published in Nature Communications , the researchers, led by Joris Deelen, explained: “We subsequently show that the prediction accuracy of 5- and 10-year mortality based on a model containing the identified biomarkers and sex is better than that of a model containing conventional risk factors for mortality.”

The researchers highlight that further research is needed before a clinical test is available, and this is backed up by experts not involved in the study.

The test is not a good predictor. You could go at anytime from anything. So the test is just one more thing to make us worry. Live life…stop the fear.

Can’t disagree with Mars on “stop the fear!” Definitely. Fear is slavery.

However, I know this to be a fact–everything you are is revealed in your blood–if you are short lived or long lived is just the tiniest tip of the subject. All of ‘you’ can be seen with the proper DNA dissection. Why do you think the self-appointed elites are so preoccupied with BLOOD–their blood and especially humanity’s blood? Think about it.

Knowing when I was going to die would give me time to drink my wine collection beforehand. I think it’s a great idea.