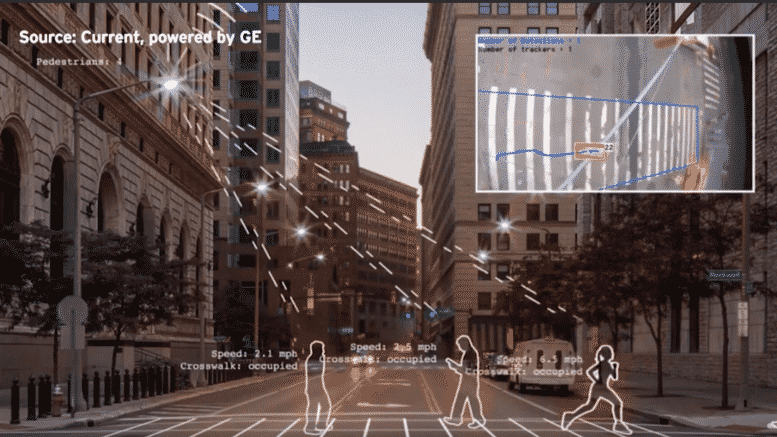 Please Share This Story!
PDF 📄
Why would cyber-thieves want to steal non-personal data that is available free to the public anyway? Or, is San Diego secretly collecting and storing more personal data that has greater value to hackers? ⁃ TN Editor

San Diego officials are investing in new technologies to help the city become more advanced. But, these innovations create questions about cybersecurity and individual privacy.

On a bustling downtown San Diego street one afternoon, passersby probably weren’t thinking about the streetlights. Or the fact that they have cameras. But one resident — Brian Walker, works at a tattoo shop downtown — took some time to think about it.

“It’s like what’s the purpose? And who’s the company that is the third party source that’s doing all this monitoring and what’s their intentions in the first place?” he said.

Erik Caldwell, Director of Economic Development for San Diego, said it’s only the city that’s collecting data from the smart technologies. And the intention is to help the city save money and become more efficient.

“It’s about taking information you already have and putting sensors into the urban environment so you get near real-time data that helps you make better decisions,” Caldwell said.

For example, a smart streetlight can autonomously turn off when it sees that no one is around.

In recent years the city has installed around 3,000 smart streetlights, with plans to install a thousand more. Caldwell said the lights can show how many people or bikes go by, what’s the temperature outside, or even driver patterns in communities.

“That’s really critical information in understanding how changes we are making in mobility infrastructure is being utilized by the public.”

But the idea of a smart city doesn’t appeal to all. One concern is how the city physically secures data that it’s collecting.

Darren Bennett, Chief Information Security Officer for the city of San Diego, was one of the many attending the U.S. Chamber Cybersecurity Conference in San Diego last month. He said the city is always trying to stay ahead on security from a hardware perspective.

“We follow best practices for security. We have a third party auditor come in and monitor our work. We also know what our critical data is and protect it accordingly,” Bennett said.

But, he said, it’s impossible to account for every situation.

“There’s no perfect entity. I always joke it’s an unfair game. You have a limited number of security professionals, and an unlimited number of hackers that are trying to get in,” Bennett said.

And there’s a second concern that was brought up at that same conference.

“How are these smart cities of San Diego going to change the way we live and how are we going to be prepared to manage the risk that comes with that?” asked moderator Adam Bolio, of consulting company Deloitte.

“How do we maintain the sanctity of the individual and their privacy?”

He said it does that by not only investing in IT technology that’s secure, but also by being cautious about what type of data is being collected in the first place.