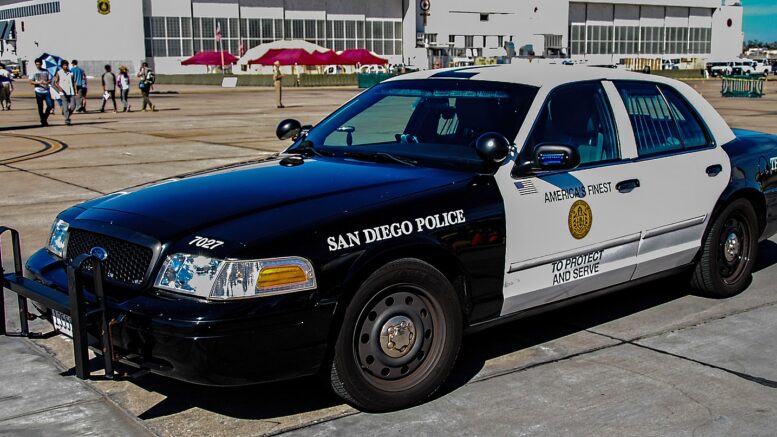 Please Share This Story!
PDF 📄
In San Diego, forcing officers to take experimental mRNA injections is more important than fighting crime and protecting citizens. This is the Technocrat mind at work: the end justifies the means, no matter what the cost along the way. The good news is, 22% of the officers have the good sense to refuse the jabs and protect their own lives. ⁃ TN Editor

San Diego is witnessing the largest exodus of police officers from the city since 2009 and the majority of them are quitting because of the city’s continued obsession with covid vaccine mandates.

Perhaps the smartest move the people of Los Angeles County ever made was to elect Sheriff Alex Villanueva, who refused to enforce unconstitutional vax mandates.  The decision probably saved them from losing a quarter or more of their law enforcement officers within the sheriff’s department.

Contrast this with the LAPD, which was not so lucky.  Officers have quit in droves or were fired, with over 2200 employees refusing to comply.  This has been a repeating situation across California, and San Diego is the latest region to suffer considerable losses of LEO’s over vax mandates.

More than 230 San Diego police officers have left city employment in the 2022 fiscal year alone (252 sworn deputies in 2021), totaling around 22% of all deputies in active service.

City officials are scrambling to increase incentives to lure new officers into the ranks, including the approval of a 10% pay raise, but many within the department were well aware that this outcome was looming.  Officials now say replacing deputies as fast as they exit will be impossible.

Jared Wilson, president of the San Diego Police Officers Assn., says that the covid mandates were the breaking point for many deputies.  This is not at all surprising.  The aggressive nature of California’s enforcement of covid vaccines is rather bizarre given that most of the rest of the country has moved on and abandoned mandates altogether.  California’s political inclinations are dominated by Democrats and the left, and it seems that once they decide they want something they aren’t going to stop until they get it, no matter how unnecessary.

This attitude once again shows that such mandates are more about control than about public health or safety, given they are costing major CA cities a large percentage of their police force at a time when homicide rates are rising by 17% and property crime rose by 7% overall, climbing to pre-pandemic levels after lockdowns kept the public indoors in 2020 and most of 2021.

Economic declines within the state are likely to lead to even more criminal activity and city residents are starting to question the anti-police rhetoric of many far-left representatives.  There have already been major political upsets, with a progressive district attorney recalled in San Francisco and a former Republican candidate elected for Mayor in LA.  It would seem that crime, rather than covid, is now at the top of the worry list of the average Californian, but sitting leaders still don’t seem to get it.

“Economic declines within the state are likely to lead to even more criminal activity and city residents are starting to question the anti-police rhetoric of many far-left representatives… It would seem that crime, rather than covid, is now at the top of the worry list of the average Californian but sitting leaders still don’t seem to get it.” CA is headed toward being a prison state where the prisoners built their cells and soon. The people who have stayed in CA (so, so many left) will begin to eat each other alive, maybe literally if there is any truth to the… Read more »

The percentages are wrong. Sd has 2000 police officers and 4000 deputies