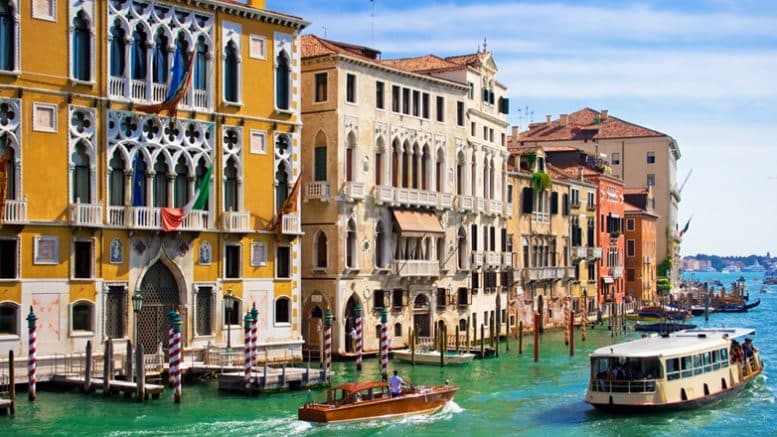 Please Share This Story!
PDF 📄
Italy is now over-the-top authoritarian as it institutionalizes the demonization of the unvaxxed. The most vulnerable segment of society, the over-50s, must be jabbed and forced to accept a vaccine passport. Deniers will essentially be banned from society and marked for further harassment and scapegoating. ⁃ TN Editor

Italy has made vaccination against the Chinese Coronavirus mandatory for over-50s in the country, as well as banning the unvaccinated from various workplaces, according to government sources.

Compulsory vaccination is imminent for those over the age of 50 in Italy, according to reports from government sources, with the country set also to ban the unjabbed and unrecovered from various workplaces.

The news comes after a meeting of the government’s “Control Room” virus task force on the topic.

According to a report by leading Italian wire service ANSA, anyone over the age of 50 in Italy will be obliged to be jabbed against the Chinese Coronavirus, the measure becoming effective immediately.

The measure was reportedly objected to by Italian Party La Lega, which is currently part of the country’s ruling coalition.

“La Lega is opposed to the indiscriminate vaccination obligation and proposes to use scientific and not ideological criteria: the absolute majority of ICU admissions concern people over the age of 65,” said one source within the party, according to Il Giornale.

The source also reportedly said that the party was calling for “protection of the elderly and the frail, compensation for those damaged by vaccinations” as well as “immediately a relief decree for those who lose their jobs, no children without school”.

Also reported to soon be entering into effect is a ban on unvaccinated individuals in a wide variety of workplaces, both public and private.

This will be done through the implementation of the so-called “Super Green Pass“, which can only be obtained through being vaccinated or recovered from COVID-19.

Proof of a negative test for the virus is never sufficient for access to a location or service requiring the Super Green Pass, according to government rules.

Workers in shops, shopping centres, public offices, Municipalities, Provinces, Regions, commercial services and public services will all be required to have a Super Green Pass, according to Il Giornale.

Meanwhile, the need for the pass will also be expanded on the user end for banks, PA services, as well as hairdressers and beauticians.

Italy was reported to be considering banning unvaccinated individuals from workplaces earlier in the week, with the nation’s Undersecretary of Health, Andrea Costa, saying the measure would nudge people towards getting jabbed.

“I believe that, given the numbers of infections and increasing hospital pressure, it is reasonable to immediately extend the super green pass in the workplace,” Costa said. “It will be a big boost to speed up the vaccination campaign and impose severe restrictions on those who do not get vaccinated.”

Costa, while admitting the move could lead to “tensions”, said that the views of dissenters should not dictate policy.

“We cannot allow the positions of a minority to jeopardize the results achieved to date,” the undersecretary said.

When you read their comments, it’s just obviousthey are the enemy of the people, and want to kill them (at least kill many and enslave the others). Unfortunately, people don’t revolt. Now, only civil-war can stop this. Or war against Russia, as other imbeciles in NATO/USA are moving in this direction.

They never got over Benito’s Fascism. If our Nation had 11 political parties in a parlimentarian Republic like Italy we would be worse off than we are today.

“Italy Mandates Vax For Over-50s” i. e. kills over-50s with vaccines, and most people don’t get it.

If they dont get it by now, they never will—-its just complete genocide.

Yes, but there is a difference. The people who take the mark will openly worship Satan. This is a free will choice for all to obey or not and deal with the consequences. Those who succumb to the vax tyranny trust their god government that they would never lie. Also the difference is that taking a vax won’t sent you to hell, though it will make you sick, the mark will send you to hell. “Revelation 14:9-11King James Version9 And the third angel followed them, saying with a loud voice, If any man worship the beast and his image, and receive… Read more »

Will you participate in our Corona viruses loans, Genome industry, Facebook finance and Clima Change economy? Yes or no.
With a -$250 trillion derivate bomb in G7, its the only way we bankers can reset our usury societies.

The People of Italy must realize that Freedom is not Free.

I suspect that once the workforce covid jabbed die off. The powers that be will finish rolling out their robot workforce. I suppose those who don’t die from the jabs will have no legal option but to trust God for survival and other needs. I’m sure the great tribulation is tight around the corner. Christ’s millennial kingdom will overthrow the new world order AKA the great reset, and will bring true liberty and justice for all. The Bill Gates and the Klaus Schwab types are working for the beast system and will bring nothing but he’ll on earth, destruction and… Read more »