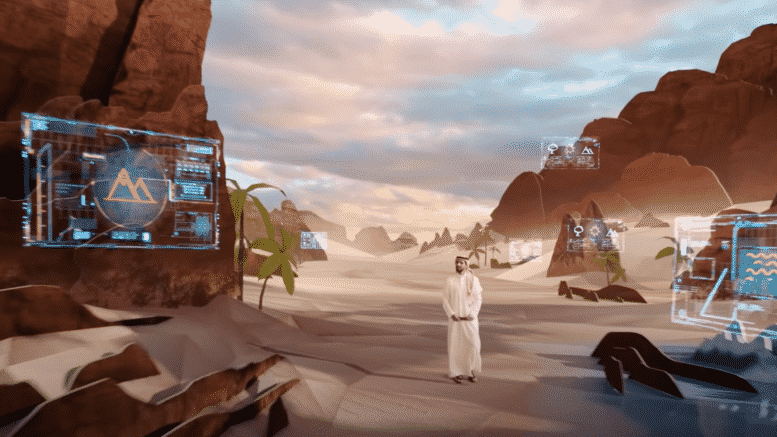 Posted By: via Arabian Business November 5, 2021

Please Share This Story!
PDF 📄
Crown Prince Mohammed bin Salman is leading humanity to a full-blown Technocracy with the ground-up construction of a 105 mile long “futuristic tech hub” that “encapsulates the major elements of his so-called ‘Vision 2030’. Every aspect of the giant city will be “sustainable” and “smart”. Welcome to the “Brave New World”.

Called Neom, the giant city will make Dubai look like an outpost. It is intended to dominate culture, finance, tech development and research for even more sustainable concepts. If anything on earth that resembles the Biblical account of the Tower of Babel, this is it! ⁃ TN Editor

Announced in 2017, Neom is the crown jewel of Crown Prince Mohammed bin Salman’s programme to overhaul the economy of the world’s largest oil exporter

The 170-kilometre (105-mile) long car-free city called ‘The Line’ could begin welcoming inhabitants and tourists as early as the first quarter of 2024.

Saudi Arabia has started moving earth and tunneling through mountains to build a futuristic linear city that officials hope will host its first residents in 2024, the project’s chief executive said.

Employees are still developing regional master plans and a “founding law” for the mega-project called Neom, Nadhmi Al-Nasr said in an interview in Riyadh. But they’ve already started early infrastructure work on its main feature – a 170-kilometre (105-mile) long car-free city called “The Line” that could begin welcoming inhabitants and tourists as early as the first quarter of 2024, he said.

“It’s a huge undertaking,” Al-Nasr said in an interview with Bloomberg TV, estimating that “not even 1 percent” of the work needed to plan and build the linear city is complete.

Announced in 2017, Neom is the crown jewel of Crown Prince Mohammed bin Salman’s program to overhaul the economy of the world’s largest oil exporter.

His plans to turn the remote region on the kingdom’s northwest Red Sea coast into a futuristic tech hub encapsulates the major elements of his so-called ‘Vision 2030’ to diversify away from crude, loosen social restrictions and boost investment.

Neom “faced some challenges in the beginning” as employees worked to design a city around technologies that don’t exist yet, Al-Nasr said.

The first video shows cavemen you know from apes their pretense is that we evolved and now through evolution people will become gods. quote from the 1st video, “Since the beginning we’ve changed things, it’s in our genes-now we have to a chance to change everything.” Then they show a type of a ‘clean slate’. Like starting from nothing. The facts: Virtually all in Saudi Arabia are Muslim. Who are no allowed in this utopia? Jews and Christians. Who are allowed? Men and boys. Women are treated worse than dogs. They are on the ‘open doors’ watchlist for very high… Read more »

you should read up on this city . yes israel with its technology is definatly in on the deal. the saudi ruler has stated he wants a liberal islam in neom where alcohol is allowed. he has met with the pope talking up various global values (religion) the vision is of course for super rich with japanese robots and full tech surveillance for those inside the “dome” . this is the technocrats future . past prejudices fall off as the fake beliefs they always were. now just to make peace in middle east to secure it all. hmm the world… Read more »

But if it works will they have to build a wall around it? As population continues to grow geometrically, any decent places to live will be flooded with people from over crowed hellholes.