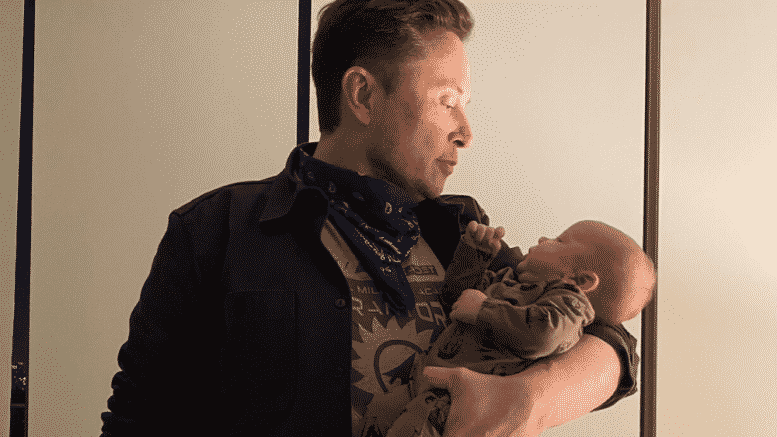 Posted By: Jill Lepore via The Economic Times November 5, 2021

Please Share This Story!
PDF 📄
As the richest person on planet earth, Elon Musk is increasingly recognized as the driver of  modern Technocracy. His grandfather was head of the Technocracy, Inc. movement in Canada during the 1930s and 1940s. Musk’s son, named “X Æ A-12”, follows the Technocrat dislike of personal names.

The author of this article is a professor of history at Harvard and has thoroughly researched the Technocracy movement and Musk’s modern role to extend it. It also touches on Musk’s leadership in the so-called ‘space cult” which seeks to populate Mars and other planets. ⁃ TN Editor

The last week of October, Bill Gates (net worth: $138 billion) celebrated his 66th birthday in a cove off the coast of Turkey, ferrying guests from his rented yacht to a beach resort by private helicopter. Guests included Jeff Bezos (net worth: $197 billion), who after the party flew back to his own yacht, not to be confused with the “superyacht” he is building at a cost of more than $500 million.

The world’s richest person, Elon Musk (net worth: $317 billion), did not attend. He was most likely in Texas, where his company Space X was preparing for a rocket launch. Mark Zuckerberg (net worth: $119 billion) wasn’t there, either, but the day after Mr. Gates’s party, he announced his plan for the metaverse, a virtual reality where, wearing a headset and gear that closes out the actual world, you can spend your day as an avatar doing things like going to parties on remote Aegean islands or boarding a yacht or flying in a rocket, as if you were obscenely rich.

The metaverse is at once an illustration of and a distraction from a broader and more troubling turn in the history of capitalism. The world’s techno-billionaires are forging a new kind of capitalism: Muskism. Mr. Musk, who likes to troll his rivals, mocked Mr. Zuckerberg’s metaverse. But from missions to Mars and the moon to the metaverse, it’s all Muskism: extreme, extraterrestrial capitalism, where stock prices are driven less by earnings than by fantasies from science fiction.

Metaverse, the term, comes from a 1992 science fiction novel by Neal Stephenson, but the idea is much older. There’s a version of it, the holodeck, in “Star Trek,” a TV show that Mr. Bezos was obsessed with as a kid; last month, he sent William Shatner, the actor who played Captain Kirk in the original series, into space. Billionaires, having read stories of world-building as boys, are now rich enough, as men, to build worlds. The rest of us are trapped in them.

But Muskism has earlier origins, too, including in Mr. Musk’s own biography. Much of Muskism is descended from the technocracy movement that flourished in North America in the 1930s and that had as a leader Mr. Musk’s grandfather Joshua N. Haldeman, an ardent anti-communist. Like Muskism, technocracy took its inspiration from science fiction and rested on the conviction that technology and engineering can solve all political, social and economic problems. Technocrats, as they called themselves, didn’t trust democracy or politicians, capitalism or currency. Also, they objected to personal names: one technocrat was introduced at a rally as “1x1809x56.” Elon Musk’s youngest son is named X Æ A-12.

Mr. Musk’s grandfather, an adventurer, moved his family from Canada to South Africa in 1950, two years after the start of the apartheid regime. In the 1960s, South Africa recruited immigrants by billing itself as a lavish, sun-soaked, custom-made, whites-only paradise. Elon Musk was born in Pretoria in 1971. (To be clear, Elon Musk was a child of apartheid, not an author of it. He also left South Africa at 17 to avoid being conscripted into the military that enforced it.)

100 million couples with a 3rd child add 100 million new people to the planet even after the couple passes. Both Musk and Gates have three children. Shouldn’t that kind of eliminate you from pontificating about climate change.

Musk, Gates and the ‘new rich’ might be poor in comparison to Rothchild and Rockefeller?

So many average middle-class individuals do wonderful things within their limited abilities to help others. Just think of all the good these billionaires could do if they wanted to.

best thing they could do would be suicide.

[…] has commented on the possibility of immortality.  SpaceX founder and Neuralink investor Elon Musk believes brain implants and mRNA technology can change the future. In one interview he declares, “I think […]

with any luck all of these shitheads will have an accident together and the paramedics will find their book of all of the simple inventions which exist and can set us all free from these psychopaths. The worst thing about them being all dead would be that we couldn’t have them suffer the indignance of the criminal justice system.