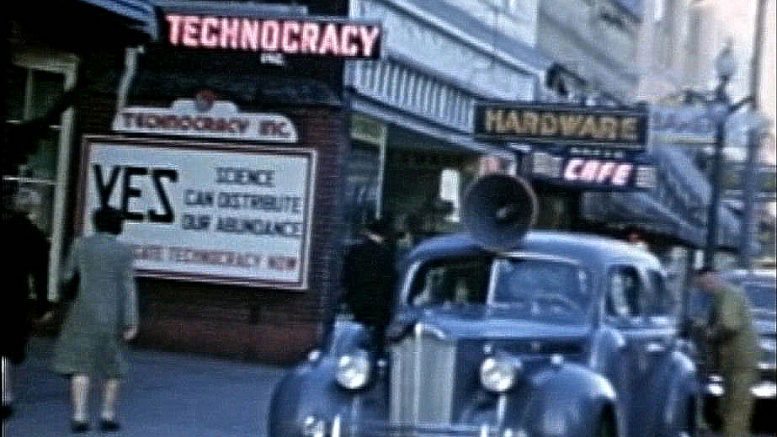 Please Share This Story!
PDF 📄
On its website page, Historical Background And Development Of Social Security, the Social Security Administration lists Technocracy as one of many precursors to Social Security. It concludes, “Oddly enough, alone among this collection of radical movements of the 1930s, the Technocracy movement survives, if not quite thrives, into the present day.” ⁃ TN Editor

“Out of America’s fascination with technology came another eccentric “reform” movement known as Technocracy. Founded in 1918 by a California patent attorney it would briefly flare as a serious intellectual movement centered around Columbia University; although as a mass-movement its real center was California where it claimed half a million members in 1934. Technocracy counted among its admirers such men as the novelist H.G. Wells, the author Theodore Dreiser and the economist Thorstein Veblen.

“Technocracy held that all politics and all economic arrangements based on the “Price System” (i.e., based on traditional economic theory) were antiquated and that the only hope of building a successful modern world was to let engineers and other technology experts run the country on engineering principles. Technocracy’s rallying cry was “production for use,” which was meant as a contrast to production for profit in the capitalist system. Production for use became a slogan for many of the radical-left movements of the era. Upton Sinclair, among others, affirmed his belief in “production for use” and the Technocrats briefly made common cause with Sinclair, and even Huey Long, in California. But the Technocrats were not of the political left, as they held every political and economic system, from the left to the right, to be unsound.

“The Technocrats believed that the solution to all problems of economic security were the same, the rigorous application of engineering principles in a system freed from the Price System. They conceived of retirement as being made possible at age 45 for everyone due to the vast prosperity the new age of Technocracy would usher in. Rejecting all forms of traditional political science, the Technocrats refused to even use standard geographical maps because their boundaries were political, so they would refer to states only by their geographical coordinates. Names, too, were suspect for some reason so members of the movement in California were designated only by numbers. A speaker at one California rally was introduced only as 1x1809x56!

“Oddly enough, alone among this collection of radical movements of the 1930s, the Technocracy movement survives, if not quite thrives, into the present day.[Emphasis added]

Recently I visited our local ssa office https://ssa-office.com/org/social-security-office-in-boulder-4949-pearl-east-circle-80301/ how technology is changing! Everywhere, all electronic (queue, forms, applications) paperwork is reduced to a minimum! But I really fear for my data! Certainly no one is stealing them? YES, and in general, how many retirees who can cope with this! It’s good that good consultants work in my department and are ready to help! But this does not happen everywhere ?!