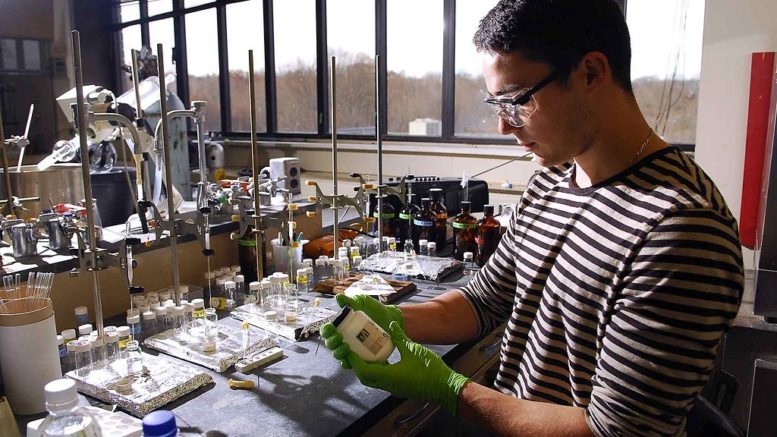 Please Share This Story!
PDF 📄
Technocrats who are inventing AI algorithms by the hundreds may inadvertently have their own work replaced by their own inventions. Knowledge and white-collar workers are now in the cross-hairs for job replacement.  ⁃ TN Editor

The robot revolution has long been thought of as apocalyptic for blue-collar workers whose tasks are manual and repetitive. A widely cited 2017 McKinsey study said 50 percent of work activities were already automatable using current technology and those activities were most prevalent in manufacturing. New data suggests white-collar workers — even those whose work presumes more analytic thinking, higher paychecks, and relative job security — may not be safe from the relentless drumbeat of automation.

That’s because artificial intelligence — powerful computer tech like machine learning that can make human-like decisions and use real-time data to learn and improve — has white-collar work in its sights, according to a new study by Stanford University economist Michael Webb and published by Brookings Institution. The scope of jobs potentially impacted by AI reaches far beyond white-collar jobs like telemarketing, a field that has already been decimated by bots, into jobs previously thought to be squarely in the province of humans: knowledge workers like chemical engineers, physicists, and market-research analysts.

The new research looks at the overlap between the subject-noun pairs in AI patents and job descriptions to see which jobs are most likely to be affected by AI technology. So for example, job descriptions for market-research analyst — a relatively common position with a high rate of AI exposure — share numerous terms in common with existing patents, which similarly seek to “analyze data,” “track marketing,” and “identify markets.”

It’s more forward-looking than other studies in that it analyzes patents for technology that might not yet be fully developed or deployed.

Typically, estimates of automation effects on the workforce, which vary widely depending on the study, have focused on what jobs could be automated using existing technologies. The findings have generally been most damning for lower-wage, lower-education workers, where robotics and software have often eliminated part or all of certain jobs.

The specter of increased automation has raised concerns about how large swaths of Americans will be able to support themselves when their jobs become mechanized and whether the loss of low-income jobs will increase wealth inequality. This new patent research suggests automation’s impact could be much broader and affect high-paying white-collar jobs as well.

A caveat: Some AI patents might never be used, and they might not be used for their initial intentions. Also, one’s actual job is not wholly defined by the text of the original job description. But this study does provide a framework with which to view general exposure to automation.

As Adam Ozimek, chief economist at freelancing platform Upwork, put it, “Just because someone patented a device, for example, that used artificial intelligence to do market research does not mean that AI will in fact be successful at this for practical business use.”

The Stanford study also doesn’t say whether these workers will actually lose their jobs, only that their work could be impacted. So it’s perfectly possible these technologies will be used to augment jobs rather than supplant them.