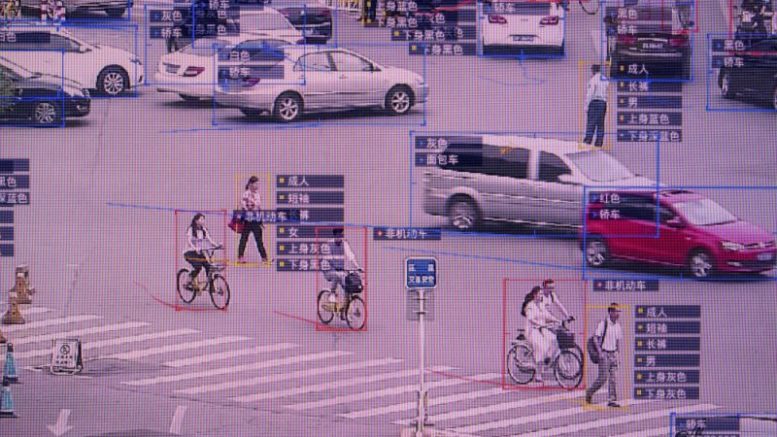 A principal inventor of AI, Bengio says “This is the 1984 Big Brother scenario”. Bengio and his fellow Technocrat scientists should have thought about this way before now, but it reflects their Pollyanna-ish view of humanity. ⁃ TN Editor

Yoshua Bengio, a Canadian computer scientist who helped pioneer the techniques underpinning much of the current excitement around artificial intelligence, is worried about China’s use of AI for surveillance and political control.

Bengio, who is also a co-founder of Montreal-based AI software company Element AI, said he was concerned about the technology he helped create being used for controlling people’s behavior and influencing their minds.

“This is the 1984 Big Brother scenario,” he said in an interview. “I think it’s becoming more and more scary.”

Bengio, a professor at the University of Montreal, is considered one of the three “godfathers” of deep learning, along with Yann LeCun and Geoff Hinton. It’s a technology that uses neural networks — a kind of software loosely based on aspects of the human brain — to make predictions based on data. It’s responsible for recent advances in facial recognition, natural language processing, translation, and recommendation algorithms.

Deep learning requires a large amount of data to provide examples from which to learn — but China, with its vast population and system of state record-keeping, has a lot of that.

The Chinese government has begun using closed circuit video cameras and facial recognition to monitor what its citizens do in public, from jaywalking to engaging in political dissent. It’s also created a National Credit Information Sharing Platform, which is being used to blacklist rail and air passengers for “anti-social” behavior and is considering expanding uses of this system to other situations.

“The use of your face to track you should be highly regulated,” Bengio said.

Bengio is not alone in his concern over China’s use-cases for AI. Billionaire George Soros recently used a speech at the World Economic Forum on Jan. 24, to highlight the risks the country’s use of AI poses to civil liberties and minority rights.

Unlike some peers, Bengio, who heads the Montreal Institute for Learning Algorithms (Mila), has resisted the temptation to work for a large, advertising-driven technology company. He said responsible development of AI may require some large technology companies to change the way they operate.

The amount of data large tech companies control is also a concern. He said the creation of data trusts — non-profit entities or legal frameworks under which people own their data and allow it be used only for certain purposes — might be one solution. If a trust held enough data, it could negotiate better terms with big tech companies that needed it, he said Thursday during a talk at Amnesty International U.K.’s office in London.