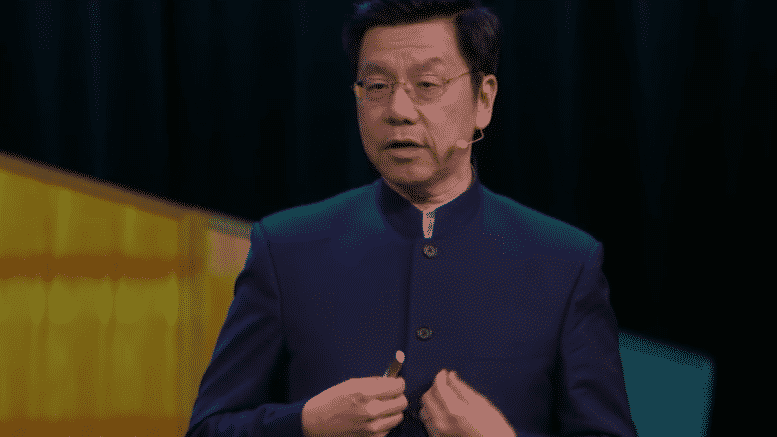 Please Share This Story!
PDF 📄
Lee is one of the fathers of AI and is equally at home in China or the U.S. His perception of the future of AI and AI race between China and the U.S. is essential to understand. You may not like what you hear, but it is the reality living in the Technocrat mind: Listen to his TED Talk.  ⁃ TN Editor

Kai-Fu Lee heads up a $2 billion AI and technology-focused venture fund (Sinovation) and used to lead Microsoft Research in Asia and Google China.

He has written a book AI Superpowers: China, Silicon Valley and the New World Order. He believes that China’s entrepreneurs are using AI to solve real-world problems just like entrepreneurs in the 19th century applied the invention of electricity to practical concerns such as cooking, lighting and the powering of industrial equipment.

This approach helps them avoid weakness in “outside the box” approaches to research and a lack of top-tier researchers, and leverage its most significant strength – “scrappy entrepreneurs with sharp instincts” for building robust businesses.

He believes China has caught up the US in Internet AI and perception AI.

Perception AI is digitizing our physical world, learning to recognize our faces, understand our requests, and “see” the world around us. Autonomous AI will have the deepest impact on our lives. As self-driving cars take to the streets, autonomous drones take to the skies, and intelligent robots take over factories, they will transform everything from organic farming to highway driving and fast food.

In internet AI, Chinese and American companies are on about equal footing. In five years, Chinese technology companies will have a slight advantage.

In business AI the U.S. leads by far, but China will close that gap a bit in the next five years. There’s no question that China will lag in the corporate world, but it may lead in public services and industries with the potential to leapfrog outdated systems.

Perception AI is finding its way into more pieces of hardware, the entire home will feed into and operate off of the digitized real-world data. Chinese users’ cultural nonchalance about data privacy give it a clear edge in implementation. Today, China’s edge is slight but in five years’ time China is well likely to lead the U.S. and the rest of the world in perception AI.

Today the U.S. has a big lead in Autonomous AI, but in five years the U.S. and China may equally lead the world in self-driving cars, with China having the edge in hardware-intensive applications such as autonomous drones.

AI and your Job

It will eliminate thousands of professions, and will impact hundreds of millions of people who work in those job. New jobs will also be created. But which jobs? What markets? Is your job at risk? Certain white-collar professions such as finance will see massive job loss. But others, such as robotics, will grow. Where are there opportunities? Nursing? The arts? Where are there risks? What will the new jobs be?

Here are the types of tasks and jobs that AI is poised to take over in the near future.