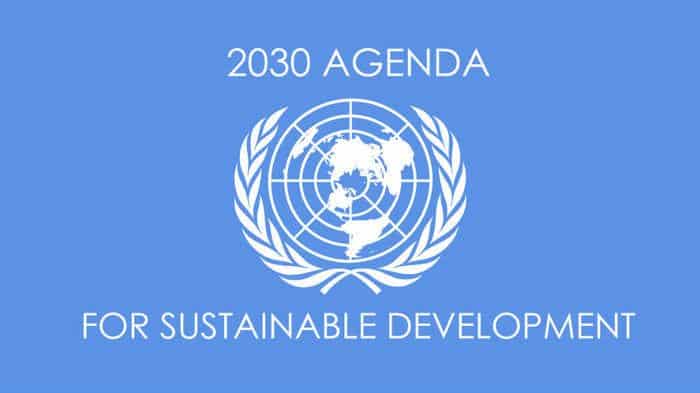 Posted By: Ella Kietlinska and Joshua Philipp via The Epoch Times July 22, 2022

Please Share This Story!
PDF 📄
The war on food is part of the larger war to conquer the world. It is now patently obvious that it is an intentional attack. UN Technocrats use fear to drive the world to Sustainable Development, aka Technocracy. TN identified the intensification of Technocracy’s war in 2015 and has been documenting it ever since. ⁃ TN Editor

The United Nations’ 2030 Agenda for sustainable development informs government policies to restrict farming and transform the food systems in different parts of the world, said Alex Newman, an award-winning international journalist who has covered this issue for over a decade.

The 2030 Agenda is a plan of action devised by the United Nations (U.N.) to achieve 17 sustainable development goals (SDG). The goals and the 2030 Agenda for Sustainable Development were adopted by all UN member states in 2015.

Then-Secretary General of the U.N. Ban Ki-moon called the 2030 Agenda “the global declaration of interdependence,” (pdf) Newman said in a recent interview on EpochTV’s “Crossroads” program.

“In my opinion, [it] was a direct swipe at our Declaration of Independence … So instead of being independent nations, we will all be now interdependent.”

The 2030 Agenda “covers every element of human life, every element of the economy,” including global wealth redistribution not only within the nations but also among the nations, Newman commented. The Agenda “specifically says that we need to change the way that we consume and produce goods,” he added.

In September 2021, the U.N. held the Food Systems Summit, which emphasized the need “to leverage the power of food systems” for the purpose of achieving all 17 sustainable development goals by 2030, according to a U.N. statement.

“Everyone, everywhere, must take action and work together to transform the way the world produces, consumes, and thinks about food,” the statement said.

The sustainable development agenda emerged in the 1970s when the United Nations tried to define it at a conference in Vancouver, Canada, in 1976. Newman said.

The conference, which was the first U.N. Conference on Human Settlements known as Habitat I, adopted the Vancouver Declaration (pdf), a report that provided recommendations for U.N. member states.

Newman quoted an excerpt from this report: “Land cannot be treated as an ordinary asset controlled by individuals and subject to the pressures and inefficiencies of the market. Private land ownership is also a principal instrument of accumulation and concentration of wealth, therefore contributes to social injustice.”

Newman said that, in his view, the U.N. ultimately wants to get rid of private land ownership. “We see this all over the world. This is not just happening in the Netherlands.”

He thinks that a war is taking place against farmers and ranchers, especially those who are independent or those who are not part of the system. “They want to remove small farmers, even medium farmers, from their land, and they want to bring it all under the control of these—I think there’s no other term to describe it—fascistic public-private partnerships.”

Newman noted some examples to illustrate his opinion: The Chinese regime forces peasants to move to megacities, farmers are killed in South Africa, and the Securities and Exchange Commission (SEC) in the United States proposed a new rule that could bankrupt small and medium farmers.

In March 2022, the SEC proposed a regulation that “would mandate publicly traded companies to report on their carbon emissions and other climate-related information,” as well as report similar information from any companies with which they do business, according to an SEC statement.

As a consequence, all companies in the business supply chain of a publicly traded entity would have to report their carbon emission and climate-related data.

”Imposing regulatory overreach on farmers and ranchers falls outside of the SEC’s congressionally provided authority,” the senators said in a statement. “This substantial reporting requirement would significantly burden small, family-owned farms.”

The American Farm Bureau Federation said in a statement that the proposed rule could create “substantial costs” for farmers because they do not have teams of compliance officers or attorneys like large corporations. Moreover, it may push out of business small and medium-sized farmers and force food-processing companies to look for agricultural raw products outside of the United States, the statement asserted.

Jesus Christ is our only hope. But I am here to help in any way I can . I do not like the global re set. The next fight is the techs and Science vs. Jesus. As it was in the times of Noah. Nimrod , same crap. You will own nothing and be happy.

Patrick Moore, co-founder of Greenpeace and whose boat I have PERSONALLY been on in the 1980s in Vancouver Harbour: “I am a skeptic on climate change. I know the climate is changing, and it always has been. I’ve studied this intensively over many years. I started what I call the Carbon Project here in British Columbia back in 1989 in order to bring everybody together to discuss this subject and figure out the facts behind it. Since then, I have watched as hysteria has grown, as if the whole world is going to come to an end and civilization is… Read more »

The truth is, there has been global warming recently – but it started around the time of the Revolutionary war, and is today still BELOW the average of the past 3,000 years. And this is not just for Europe, Greenland and North America, yet another red herring that has recently been thrown out by the desperate global warmers. The universality of the Viking and Mediaeval climatic optimums is written about by Kegwin, who wrote in Science, 1996:274:1504-1508, the mean surface temp of the Sargasso Sea (which lies roughly between the West Indies and the Azores), which was obtained by readings… Read more »

AWED Newsletter: We cover COVID to Climate, as well as Energy to Elections. - Dr. Rich Swier

John Haller: Global War on Farming, Freedom, and Faith - Stand Up For The Truth

ALEX NEWMAN: How UN’s 2030 Agenda is Driving Farming Restrictions – Absolute Truth from the Word of God