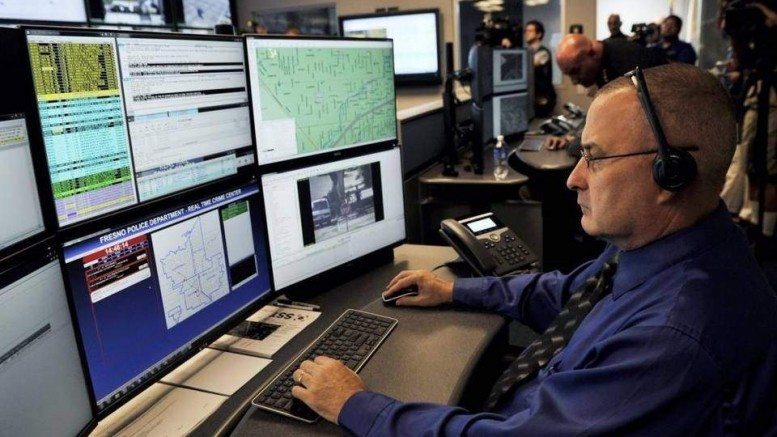 TN Note: We warned that this was coming. In a recent article, TN revealed that China is tracking dissenters by assigning a score to each citizen, based on activities, associations, financial and social media posts. (See Technocracy: China Building Huge Citizen Database To Track Dissenters) Now we find that similar technology is being applied in the United States. This is a very dangerous precedent that will be hard to stop because it is providing benefits to law enforcement.

While officers raced to a recent 911 call about a man threatening his ex-girlfriend, a police operator in headquarters consulted software that scored the suspect’s potential for violence the way a bank might run a credit report.

The man had a firearm conviction and gang associations, so out of caution police called a negotiator. The suspect surrendered, and police said the intelligence helped them make the right call — it turned out he had a gun.

As a national debate has played out over mass surveillance by the National Security Agency, a new generation of technology such as the Beware software being used in Fresno has given local law enforcement officers unprecedented power to peer into the lives of citizens.

Police officials say such tools can provide critical information that can help uncover terrorists or thwart mass shootings, ensure the safety of officers and the public, find suspects, and crack open cases. They say that last year’s attacks in Paris and San Bernardino, Calif., have only underscored the need for such measures.

But the powerful systems also have become flash points for civil libertarians and activists, who say they represent a troubling intrusion on privacy, have been deployed with little public oversight and have potential for abuse or error. Some say laws are needed to protect the public.

In many instances, people have been unaware that the police around them are sweeping up information, and that has spawned controversy. Planes outfitted with cameras filmed protests and unrest in Baltimore and Ferguson, Mo. For years, dozens of departments used devices that can hoover up all cellphone data in an area without search warrants. Authorities in Oregon are facing a federal probe after using social media-monitoring software to keep tabs on Black Lives Matter hashtags.

“This is something that’s been building since September 11,” said Jennifer Lynch, a senior staff attorney at the Electronic Frontier Foundation. “First funding went to the military to develop this technology, and now it has come back to domestic law enforcement. It’s the perfect storm of cheaper and easier-to-use technologies and money from state and federal governments to purchase it.”

Few departments will discuss how — or sometimes if — they are using these tools, but the Fresno police offered a rare glimpse inside a cutting-edge $600,000 nerve center, even as a debate raged in the city over its technology.

You can fight (dispute) your credit score but I imagine fighting your “threat score” would be a bit more difficult since this is backed by force of the government.

I’m a grandma, a retired schoolteacher in my 70s, and I’ve never been arrested in my life. In my retirement I investigate NASA’s dysinfo, official perfidy and historical confabulations. We’ll see if I’m a security risk. When I traveled to Norway on my new passport, I was kidnapped, detained and deported, no charges or reasons given.