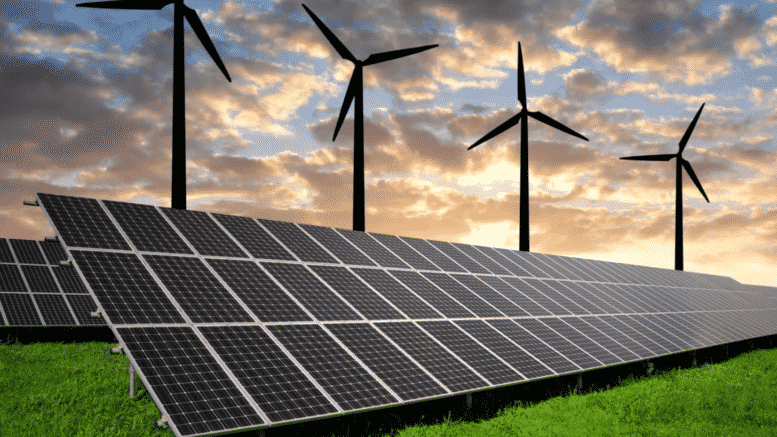 Please Share This Story!
PDF 📄
Oregon Senators Merkley and Widen welcome sanctions and higher gasoline prices because it will “hasten moves toward more renewable energy”. Wyden notes the “urgent need to reduce our reliance on foreign oil and gas imports from countries ruled by tyrants like Vladimir Putin” while ignoring the fact that America was 100% energy sufficient before Biden took office. ⁃ TN Editor

U.S. President Joe Biden is banning Russian oil imports in an effort to ratchet up sanctions after the invasion of Ukraine.

The move aims to hit Russia’s economy and further isolate President Vladimir Putin. But it will also put even more upward pressure on crude oil and domestic gasoline prices.

“We’re banning all imports of Russian oil and gas and energy,” Biden said at a White House announcement on March 8. “That means Russian oil will no longer be acceptable at U.S. ports, and the American people will deal another powerful blow to Putin’s war machine.”

Later in Texas, Biden acknowledged the energy sanctions will drive up high gas prices. “They’re going to go up,” Biden said when asked about the oil restrictions. “Can’t do much right now, Russia is responsible,” Biden continued when asked what he could do about it.

Crude oil is approaching $130 per barrel. It was in the $60 range a year ago. Gasoline prices in Oregon are averaging $4.59 per gallon — a record high, according to AAA. Fuel prices were just over $3 per gallon a year ago in Oregon.

Gasoline prices have also set a record of $5.44 per gallon in California.

Biden’s move garnered political support from both sides of the aisle despite its expected inflationary impacts.

The aim is reduce reliance on critical minerals from Russia, China and other unfriendly actors

“Russia’s unprovoked invasion of Ukraine has provided a stark reminder of the urgent need to reduce our reliance on foreign oil and gas imports from countries ruled by tyrants like Vladimir Putin,” Wyden said in a release. “It’s past time the United States became a competitive producer of critical minerals and weans itself off of both foreign oil and gas imports and the critical minerals that are essential to building the next generation of clean energy products like batteries. This legislation would fuel red, white and blue clean energy while creating good-paying jobs on American soil.”

As the commercial says, “I’m lovin it.”

Just heard McConalds just closed 850 of their resturaunts in Russia. That’s not a punishment it’s a blessing. Now the Russians will eat healthy and not get obease like theur American counterparts. Nice that we here in the US atr thinking about their helth. Perhaps we should close 13,000+ of ours here at home.

This is how they will drive us like a herd of Cattle into their stack and pack cities, because only the Gates’ and Soros’ will be able to afford electricity. Those in the hinterlands, will be frozen and starved out, because they will outlaw wood, oil, gas, and coal heat, and using their Starlink systems to hunt for lawbreakers. Electricity will become unreliable and expensive, and for the good of the earth and their control, we will be told to like it. While the elite will have palatial redoubts with plentiful power and surveillance equipment to monitor the serfs.

[…] Technocracy News reports: Later in Texas, Biden acknowledged the energy sanctions will drive up high gas prices. “They’re going to go up,” Biden said when asked about the oil restrictions. “Can’t do much right now, Russia is responsible,” Biden continued when asked what he could do about it. […]

Agenda 21 and the Green Meanies – patriotmongoose

We have gone from a Democratic Republic to an Idiocracy. We have career politicians that no one would hire in the real world. Oregon has more than their fair share of them. (Is it the water?)