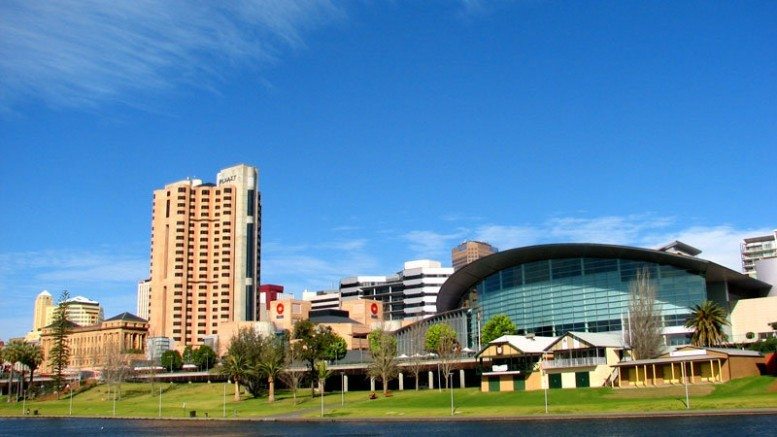 TN Note: Welcome to the future of total information awareness and smart cities. Adelaide is the first Smart City that will employ everything that the Internet of Things has to offer, from camera surveillance to control over energy via smart grid. This is the beginning of Scientific Dictatorship, or Technocracy.

Stepping into the elevator at the school for computer sciences hub at Adelaide University, Prof Ali Babar shakes his head in exasperation.

As the doors close the head of the Australian centre for smart cities mentions the woman recently found dead in China 30 days after technicians attempting to fix a glitch cut power to the lift she was in and left her stranded inside.

“That’s the kind of thing that wouldn’t happen in a smart city,” he says.

Babar has just finished another day coordinating with a coalition of government, business and academia about his mission to turn Adelaide into a trial site for such innovations that could one day be rolled out across the rest of Australia and around the world.

The goal is to identify ways in which emerging digital technologies can improve how a city functions, whether traffic congestion, reducing carbon emissions or – as in the case of the elevator in Xi’an – personal safety.

“Adelaide is small enough to use as a laboratory but large enough to undertake ambitious initiatives,” he says.

“A proof of concept can be developed and tested here.”

Central to the idea of a smart city is the internet of things – everyday objects that feature online connectivity, such as elevators that actively communicate data to technicians about malfunctions and the number of passengers on board.

Other prospective technologies being looked at in the realm of safety include biometric readers that allow paramedics to obtain the medical records of an incapacitated patient via a fingerprint scan, or video recognition techniques capable of identifying suspects of a crime even if they are wearing a mask.

Initiated eight months ago, key players in the project include the University of Adelaide, the South Australian Department of State Development, Adelaide City council and companies including Ernst and Young, Cisco, Microsoft, Oracle, Fuji and Xerox.

Most recently, on 3 March, Babar secured a memorandum of understanding with tech giants NEC Australia.

“We will try to brainstorm suitable projects for Adelaide by partnering with [NEC Australia], sharing findings and making those findings available to the general public,” he says.

“That in turn will stimulate further collaboration with industry partners and government.”

“It was a similar arrangement to Adelaide in that a major university [Bristol University] was involved and there was a joint effort,” he says.

He says Adelaide was attractive for NEC because it offered a solid foundation of infrastructure to build upon, a receptive political environment, and particular challenges that Bristol did not present.

“We can take things further in Adelaide in relation to energy management and water management, given South Australia is the driest state in the driest country,” he says.

“NEC has leading global technologies in relation to water leakage detection which help identify failures before they fail.

“That means investment can be made in the right areas to prevent water leakage.”

NEC also has plenty to offer when it comes to public safety, with the company’s biometric identification technologies already being used on the smartphones of South Australian and Northern Territory police to enable immediate identification of members of the public.

In the effort to collect data on all things, it behooves me to recall Heisenberg’s Uncertainty Principle. It says you can either measure an object’s position or speed accurately, but not both, because the very act of measuring impacts the object. You can ascertain one quantitatively, but not both. Technocracy intends to measure all things at all times, seeing statistics as the basis for the state. Human society will be stifled under the weight of all this data gathering!

The Australian govt cant even get its own puplic transport system running in the rain let alone a whole city. Quite frankly anything our govt does ISNT THAT SMART!…..
Expect mind boggling incompetence and bureaucratic insanity that will cost millions but produce misery and frustration for the population.

“That’s the kind of thing that wouldn’t happen in a smart city”?
Well, today there are reports of people stuck in lifts and road traffic signals not working IN ADELAIDE due to a massive power failure in the whole state of South Australia. And this all coming after ‘warnings that the state’s electricity system had been left vulnerable because of poor planning and an over-reliance on renewable energy sources’.
Hopefully South Australia’s servitude to sustainable development will be a BIG warning across the rest of Australia and around the world.
http://www.afr.com/news/severe-weather-causes-major-power-outage-in-south-australia-20160928-grqoa5