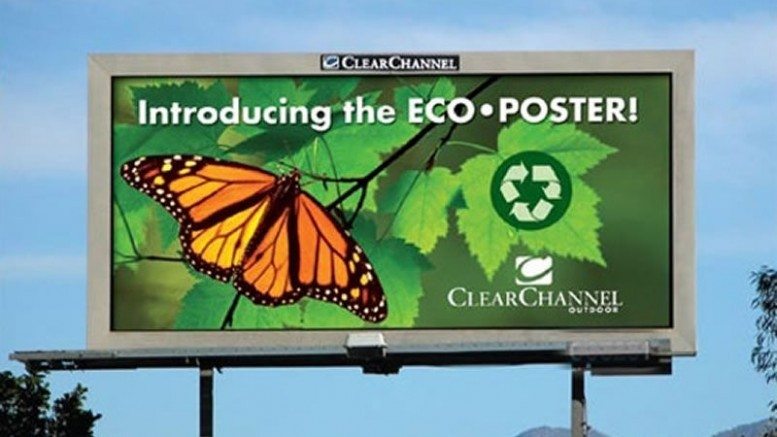 TN Note: Technocrats in business are no different than Technocrats in government, seeking an endless stream of data wherever there is data to collect. You would think that ClearChannel would apply business ethics to their behavior, but they do not. If technology can provide them an edge over any competitor, they will act first and take heat later. This is patently amoral, but it is what we can expect in the coming Scientific Dictatorship… unless we can stop them first.

A U.S. senator is calling for a federal investigation into an outdoor advertising company’s latest effort to target billboard ads to specific consumers.

“A person’s cellphone should not become a James Bond-like personal tracking device for a corporation to gather information about consumers without their consent,” Schumer, a Democrat, said in a statement ahead of a planned news conference Sunday in Times Square, where the company operates billboards.

But the company, which operates more than 675,000 billboards throughout the world, argues that characterization of its program is inaccurate, insisting it only uses anonymous data collected by other companies.

In a statement, company spokesman Jason King said the RADAR program is based on a years-old advertising technique that “uses only aggregated and anonymized information” from other companies that certify they’re following consumer protection standards.

King also provided The Associated Press a copy of a letter it sent earlier this year to another lawmaker who has similarly raised concerns about the ad service and consumer protections.