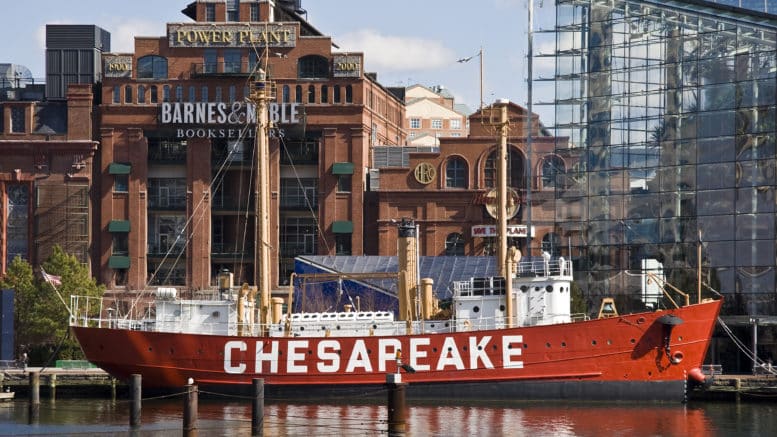 Please Share This Story!
PDF 📄
The Smart-City carrot is always the same: “deliver sustainable solutions to economic growth and improve the lives of citizens,” but the outcomes are opposite: Cost of living goes up along with the poverty level. ⁃ TN Editor

Smart city technologies empower cities to operate more efficiently by leveraging technology and “internet of things” (IoT) sensors that deliver sustainable solutions to economic growth and improve the lives of citizens. Consider this a call-to-action to fast-track Charm City into “Smart City” fully connected for the digital world.

One need look no further than our rust-belt neighbor to the west, Pittsburgh, to find an American city that successfully made such a transition. Pittsburgh, once in dire economic straits after the decline of American steel, found a way to reinvent itself into Fast Company’s 2019 “Smart City of Future” through outstanding technology investments that transformed the city into an ecosystem of innovation.

By leveraging real-time traffic flow data to determine when traffic lights should turn red or green, thanks to smart traffic light technologies, intersection wait times in Pittsburgh have fallen by up to 40%, travel times by as much as 25% and auto emissions by up to 20%.

Pittsburgh’s also a testing ground for autonomous vehicles after Uber picked the city to introduce driverless cars into its fleet. Driverless car-sharing reduces the number of vehicles in operation, and thus the amount of infrastructure expansion that’s needed within a city. Plus, it allows for the cancellation of nonprofitable city transportation services, so cities can deploy driverless shuttle services at much reduced costs.

Last year, Carnegie Mellon University partnered with Pittsburgh International Airport “to make it the smartest airport on the planet,” with sensors, apps and other smart technologies helping travelers navigate the airport hassle-free — from finding a parking space to obtaining the optimal time to arrive at airport security via your cell phone.

Our call-to-action to fast track Baltimore smart city investments comes with a sense of urgency regarding transportation. Traffic congestion alone costs Baltimoreans more than $1,300 a year, according to a recent evaluation of urban traffic patterns. Last year the city was listed as No. 8 on the 10 worst cities in America for longest commute times, according to the U.S. Department of Transportation, and it was the lowest performing of all mid-sized cities. Incredibly, a typical Baltimore resident can only get to 11% of jobs in the region within one hour if they use public transportation, with an average commute time of 55 minutes.

Despite the challenges, there’s reason for optimism. Incremental investments are working. Dozens of Baltimore intersections are now equipped with Transit Signal Prioritization (TSP) to improve travel times by prioritizing city buses in traffic, extending green lights to shorten commute times and speed up public transit. This single change has already resulted in a 20% improvement in travel speeds during the peak morning rush hour. MDOT is now looking to expand the program along Route 1 between the heavily-traveled Baltimore to Washington, D.C., corridor.