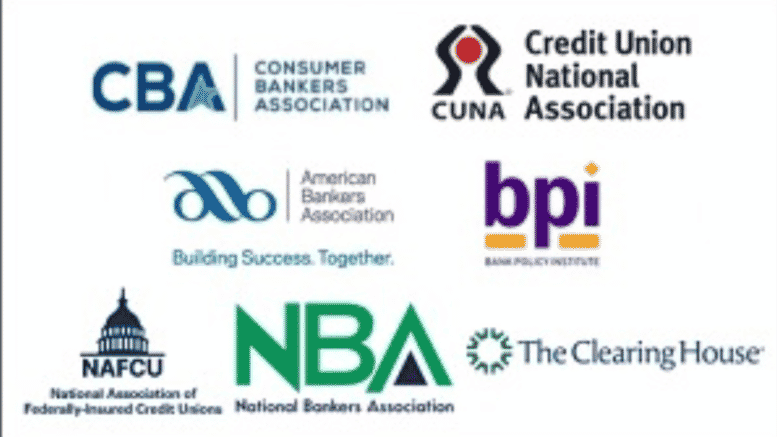 Posted By: Pam Martins and Russ Martens via WallStreetOnParade June 3, 2022

Please Share This Story!
PDF 📄
As I have said, when the Federal Reserve created its own digital currency and accepts its first consumer deposit account, the U.S. Treasury will be obsoleted and Congress will lose all control over creating money and coinage. This means that one private banking monopoly controls the entire monetary system. ⁃ TN Editor

Credit union and banking trade groups have released a joint letter to the chair and ranking member of the House Financial Services Committee, warning of “devastating consequences” if the Federal Reserve moves forward with a Central Bank Digital Currency (CBDC). The letter was sent on May 25, one day before the Committee convened a hearing on “Digital Assets and the Future of Finance: Examining the Benefits and Risks of a U.S. Central Bank Digital Currency.” That hearing took testimony from only one witness, Lael Brainard, the Vice Chair of the Federal Reserve.

The fact that credit unions, which frequently serve unionized labor, joined with banking trade groups to sign off on the letter, lends credibility to the “devastating consequences” the letter enumerates of a Central Bank Digital Currency.

A CBDC would allow the Federal Reserve to compete for deposits with credit unions and banks. The letter correctly assesses the downside of such a move as follows:

“Private money is created through financial intermediation by banks and credit unions– the process in which financial institutions take deposits and lend out and invest those deposits. Private money is used by financial institutions to provide funding for businesses and consumers and thus supports economic growth. Introducing a CBDC would be a deliberate decision to shift some volume of private money to public money, with potentially devastating consequences for the cost and availability of credit for consumers and businesses. In sum, the savings of businesses and consumers would no longer fund the assets of banks – primarily, loans – but instead would fund the assets of the Federal Reserve – primarily securities issued by the Treasury Department, Fannie Mae, and Freddie Mac.”

In a similar vein, the letter warns:

“In effect, a CBDC will serve as an advantaged competitor to retail bank deposits that will move money away from banks and into accounts at the Federal Reserve where the funds cannot be lent back into the economy. These deposit accounts represent 71% of bank funding today. Losing this critical funding source would undermine the economics of the banking business model, severely restricting credit availability, increasing the cost of credit, and causing a slowdown of the economy. ABA estimates that even a CBDC where accounts were capped at $5,000 per ‘end user’ could result in $720 billion in deposits leaving the banking system.”

The joint letter also calls out the absurdity that the dollar is not already digitized. (Anyone who uses a “pay by phone” method to pay a monthly bill in seconds from their checking account or a debit card to pay for purchases fully appreciates how rapid and streamlined the digital dollar already is.) The credit unions and banking groups write as follows:

“Contrary to the assertions of some CBDC proponents, a U.S. CBDC is not necessary to ‘digitize the dollar,’ as the dollar functions primarily in digital form today. Commercial bank money is a digital dollar, and is currently accepted without question by businesses and consumers as a means of payment.”

In July 2019, NYU Professor and economist Nouriel Roubini also touched on the existing speed of the Visa credit card system versus digital currency in a Bloomberg News interview. Roubini stated:

One of the key concerns in Congress and at the Fed appears to be that another country, such as China, might get ahead of the U.S. in the development of their own Central Bank Digital Currency and endanger the U.S. dollar as the world’s reserve currency. At the House Financial Services Committee hearing on May 26, Fed Vice Chair Brainard testified as follows:

“The future evolution of international payments and capital flows will also influence considerations surrounding a potential U.S. CBDC. The dollar is the most widely used currency in international payments and investments, which benefits the United States by reducing transaction and borrowing costs for U.S. households, businesses, and government. In future states where other major foreign currencies are issued in CBDC form, it is prudent to consider how the potential absence or presence of a U.S. central bank digital dollar could affect the use of the dollar in global payments. For example, the People’s Bank of China has been piloting the digital yuan, and several other foreign central banks are issuing or considering issuing their own digital currencies. A U.S. CBDC may be one potential way to ensure that people around the world who use the dollar can continue to rely on the strength and safety of the U.S. currency to transact and conduct business in the digital financial system. More broadly, it is important for the United States to play a lead role in the development of standards governing international digital finance transactions involving CBDCs consistent with the norms of privacy, accessibility, interoperability, and security.”

The credit unions and banking groups’ joint letter addressed that issue as follows:

“…a CBDC does not appear to be necessary to support the role of the U.S. dollar internationally. While many countries have experimented with a CBDC, many have focused on a wholesale model, something not contemplated by the Federal Reserve’s discussion paper. In addition, many have pulled these experiments back as the costs of implementation have become apparent. The Federal Reserve notes that the dollar’s status as the global reserve currency is driven by 1) the strength and openness of our economy, 2) the depth of our financial markets, and 3) the trust in our institutions and rule of law.”

Wall Street On Parade has been skeptical of the invisible hand(s) behind this push for a Central Bank Digital Currency at the Fed – (the Fed being the perpetual provider of bailouts to Wall Street’s casino banks) – ever since a similar invisible hand pushed Saule Omarova forward as President Biden’s nominee to head the Office of the Comptroller of the Currency, the regulator of national banks (those that operate across state lines).

In October of last year, the Vanderbilt Law Review published a 69-page paper by Omarova in which she proposed not just a Central Bank Digital Currency but a hair-raising, radical restructuring of the Fed that would include the following:

(2) Allow the Fed, in “extreme and rare circumstances, when the Fed is unable to control inflation by raising interest rates,” to confiscate deposits from these FedAccounts in order to tighten monetary policy;

(3) Allow the most Wall Street-conflicted regional Fed bank in the country, the New York Fed, when there are “rises in market value at rates suggestive of a bubble trend,” such as with technology stocks today, to “short these securities, thereby putting downward pressure on their prices”;

(4) Eliminate the Federal Deposit Insurance Corporation (FDIC) that insures bank deposits in the U.S. and that prevents panic runs on banks;

(5) Consolidate all bank regulatory functions at the OCC – which Omarova was nominated to head.

By early November, Omarova was facing even more controversy when it was revealed that she had called the very industry that she had been nominated to supervise the “quintessential a**hole industry” in a 2019 Canadian feature documentary. Omarova eventually withdrew her nomination after it became clear she did not have the votes to be confirmed.

You can read the joint letter from the credit union and banking groups here; Brainard’s testimony is available here.

This meshes well with other plans: https://blogs.imf.org/2019/02/05/cashing-in-how-to-make-negative-interest-rates-work/

Too confusing for me, must be the Chem trails.

From what I read above it is quite clear that the the credit unions or the baking institutions do not have the best interest of the population at heart but rather everyone suffer while they maintain control over money, it is also clear that if the Congress doesn’t accept CBDC being the fact that CBDC offers zero debt, UBI and other social benefits that would mean no poverty and zero hunger then the Congress are to be devolved as they do not stand or represent the wellbeing of their people.

“The Federal Reserve notes that the dollar’s status as the global reserve currency is driven by 1) the strength and openness of our economy, 2) the depth of our financial markets, and 3) the trust in our institutions and rule of law.”

My understanding is the main reason for the strength of the USD is the petro trade, and the IMF and World Bank ‘aid’ and lending schemes. See Michael Hudson’s interviews and books for more insight. I don’t expect most bankers consider our exploitative relationship with the rest of the world to be polite dinner conversation.