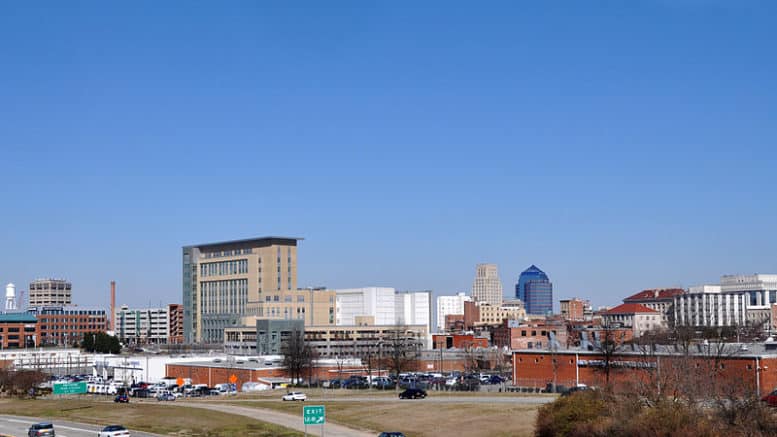 Please Share This Story!
PDF 📄
Public ownership of automobiles has been disparaged since the 1930s when Technocracy proposed a national ride-sharing system of public ownership. The UN’s Agenda 21, 2030 Agenda and the New Urban Agenda follow in lock-step.
⁃ TN Editor

The mayor of Durham, NC isn’t afraid to get dirty — literally. Steve Schewel has taken a hands-on approach to smart city leadership, which has included riding along with trash and recycling crews.

In addition to prioritizing the city’s waste issues, Schewel has turned to behavioral economics to entice residents out of their cars and onto bikes or buses. Those methods have even included a weekly $163 lottery for residents who choose to ride the bus.

Smart Cities Dive caught up with Schewel, who is up for reelection on Nov. 5., to learn more about his campaign platforms and how he’s used social science to implement “smart” initiatives throughout the city.

The following interview has been edited for brevity and clarity.

SMART CITIES DIVE: The UN Climate Action Summit happened [recently], and the U.S. lacked a leadership role in those conversations. As mayor, what kind of pressure do you feel to take action on climate change in lieu of strong federal leadership?

STEVE SCHEWEL​: I feel a lot of responsibility to take action on climate change. The inaction of the federal government has only strengthened our resolve here in Durham to take action.

Do you think that local leadership at the city level will be enough to help the U.S. meet the Paris agreement goals without strong federal leadership?

Cities have a role to play, but we’re not going to be able to get this job done on climate unless we have a change in federal policy.

Would you say a lack of federal leadership is one of the biggest barriers for Durham and other cities to meet their climate goals?

SCHEWEL​: Yes, I would say that’s one of the biggest barriers for sure. For example, if we’re going to meet our climate goals, we’re going to have to have a lot more installed solar technologies. And if the federal government was giving the support to those technologies instead of fossil fuels, we would be able to do a better job of meeting our local goals.

SCHEWEL​: We are very fortunate in Durham to have the Duke Center for Advanced Hindsight, which is a fabulous name for a center. It is a real wonderful research and practice center for advancing the insights of behavioral science into public policy.

We have been working with the Center for Advanced Hindsight to try to change the mobility habits of folks coming downtown here in Durham. We want to reduce the number of people driving individual cars into the city center and encourage people to come on buses, to walk or bike. The behavioral economic insights that we’re using so far have…had good success.

What behavioral science techniques did you use?

SCHEWEL​: They were very simple. We competed for this through the Bloomberg Mayor’s Challenge and we are very grateful to have been awarded the million dollars to do this over three years. In the pilot phase … there was a control group and an experimental group. And with the experimental group, we gave everyone simply a map of how they could get downtown [by] walking, biking or on the nearest bus. [We] gave them information about how long it would take to make that commute and [we] gave them information about how many calories they would burn and how much money they would save from gasoline. In the experimental group, there was quite an increase in the number of people who were not driving their cars downtown.

Another [method] was [also with] an experimental group and control group. And in the experimental group, anyone that rode the bus, we offered the chance to enter a weekly lottery to win $163. That significantly increased the number of people taking the bus even though the chances of them winning the lottery weren’t that high…  Our goal is to decrease the number of trips in individual cars coming downtown by 5% because we want to stop building parking garages. We want to have a positive affect on our climate. That’s just the beginning, but that’s our initial goal.

I like cars before they had computers ….. and ‘check engine lights’. Emissions recently tried to “get” me and it would have cost me $2,500 to fix it with their “new” repair assistance program. Yeah, some assistance, huh? Fortunately I “knew” somebody and was able to fix it for $250. What a scam, huh?