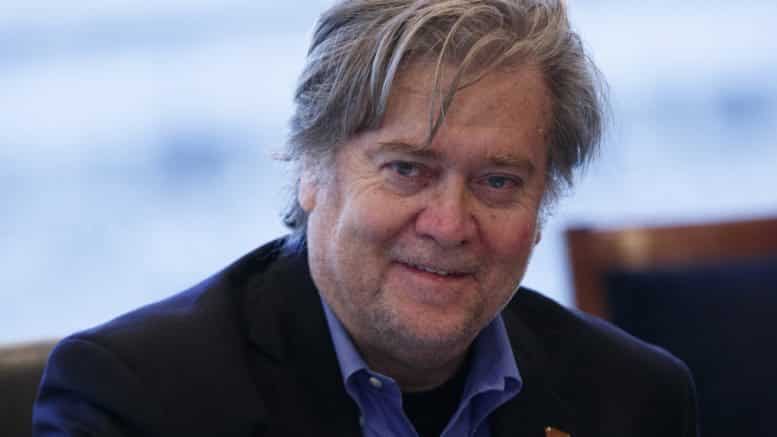 Excellent investigative journalism produces some very disturbing links between big data, Eric Schmidt, Robert Mercer and Steve Bannon. There is a thread of Technocracy running through the entire affair, even if it is not fully understood yet. While governments agencies are limited by federal law, privately-owned, offshore corporations are not.

Note: Technocracy.News is not partisan in its pursuit of Technocracy or Technocrats, wherever it may lead. In this case, everything associated with ‘Big Data’ smacks of Technocracy! ⁃ TN Editor

“The connectivity that is the heart of globalisation can be exploited by states with hostile intent to further their aims.[…] The risks at stake are profound and represent a fundamental threat to our sovereignty.”
Alex Younger, head of MI6, December, 2016

“It’s not MI6’s job to warn of internal threats. It was a very strange speech. Was it one branch of the intelligence services sending a shot across the bows of another? Or was it pointed at Theresa May’s government? Does she know something she’s not telling us?”
Senior intelligence analyst, April 2017

In June 2013, a young American postgraduate called Sophie was passing through London when she called up the boss of a firm where she’d previously interned. The company, SCL Elections, went on to be bought by Robert Mercer, a secretive hedge fund billionaire, renamed Cambridge Analytica, and achieved a certain notoriety as the data analytics firm that played a role in both Trump and Brexit campaigns. But all of this was still to come. London in 2013 was still basking in the afterglow of the Olympics. Britain had not yet Brexited. The world had not yet turned.

“That was before we became this dark, dystopian data company that gave the world Trump,” a former Cambridge Analytica employee who I’ll call Paul tells me. “It was back when we were still just a psychological warfare firm.”

Was that really what you called it, I ask him. Psychological warfare? “Totally. That’s what it is. Psyops. Psychological operations – the same methods the military use to effect mass sentiment change. It’s what they mean by winning ‘hearts and minds’. We were just doing it to win elections in the kind of developing countries that don’t have many rules.”

Why would anyone want to intern with a psychological warfare firm, I ask him. And he looks at me like I am mad. “It was like working for MI6. Only it’s MI6 for hire. It was very posh, very English, run by an old Etonian and you got to do some really cool things. Fly all over the world. You were working with the president of Kenya or Ghana or wherever. It’s not like election campaigns in the west. You got to do all sorts of crazy shit.”

On that day in June 2013, Sophie met up with SCL’s chief executive, Alexander Nix, and gave him the germ of an idea. “She said, ‘You really need to get into data.’ She really drummed it home to Alexander. And she suggested he meet this firm that belonged to someone she knew about through her father.”

Eric Schmidt – the chairman of Google?

“Yes. And she suggested Alexander should meet this company called Palantir.”

I had been speaking to former employees of Cambridge Analytica for months and heard dozens of hair-raising stories, but it was still a gobsmacking moment. To anyone concerned about surveillance, Palantir is practically now a trigger word. The data-mining firm has contracts with governments all over the world – including GCHQ and the NSA. It’s owned by Peter Thiel, the billionaire co-founder of eBay and PayPal, who became Silicon Valley’s first vocal supporter of Trump.

In some ways, Eric Schmidt’s daughter showing up to make an introduction to Palantir is just another weird detail in the weirdest story I have ever researched.

A weird but telling detail. Because it goes to the heart of why the story of Cambridge Analytica is one of the most profoundly unsettling of our time. Sophie Schmidt now works for another Silicon Valley megafirm: Uber. And what’s clear is that the power and dominance of the Silicon Valley – Google and Facebook and a small handful of others – are at the centre of the global tectonic shift we are currently witnessing.

It also reveals a critical and gaping hole in the political debate in Britain. Because what is happening in America and what is happening in Britain are entwined. Brexit and Trump are entwined. The Trump administration’s links to Russia and Britain are entwined. And Cambridge Analytica is one point of focus through which we can see all these relationships in play; it also reveals the elephant in the room as we hurtle into a general election: Britain tying its future to an America that is being remade – in a radical and alarming way – by Trump.

There are three strands to this story. How the foundations of an authoritarian surveillance state are being laid in the US. How British democracy was subverted through a covert, far-reaching plan of coordination enabled by a US billionaire. And how we are in the midst of a massive land grab for power by billionaires via our data. Data which is being silently amassed, harvested and stored. Whoever owns this data owns the future.

My entry point into this story began, as so many things do, with a late-night Google. Last December, I took an unsettling tumble into a wormhole of Google autocomplete suggestions that ended with “did the holocaust happen”. And an entire page of results that claimed it didn’t.

Google’s algorithm had been gamed by extremist sites and it was Jonathan Albright, a professor of communications at Elon University, North Carolina, who helped me get to grips with what I was seeing. He was the first person to map and uncover an entire “alt-right” news and information ecosystem and he was the one who first introduced me to Cambridge Analytica.

He called the company a central point in the right’s “propaganda machine”, a line I quoted in reference to its work for the Trump election campaign and the referendum Leave campaign. That led to the second article featuring Cambridge Analytica – as a central node in the alternative news and information network that I believed Robert Mercer and Steve Bannon, the key Trump aide who is now his chief strategist, were creating. I found evidence suggesting they were on a strategic mission to smash the mainstream media and replace it with one comprising alternative facts, fake history and rightwing propaganda.

It looks like governments now have competition in election corruption.

But it seems like alot of work just for elections. Since, most US voting machines are unencrypted and the central tabulators run on XP…